How my first college roommate changed my perspective on life

Being a new student is hard, but being the polar opposite of your roommate is even harder

When I first arrived at Temple, I had a large group of people I knew from middle and high school who traveled here with me. I thought I was going to stick with them because they were familiar and comforting, but everyone wanted to meet new people, so I jumped on the bandwagon too.

I have had the same friend group since I started middle school, yet some of my best friends were hundreds of miles away from me in different states. This was absolutely heartbreaking to me since I grew up with these people, but I tried my hardest to make new friends, and honestly, it was easier than I thought. . . sort of. 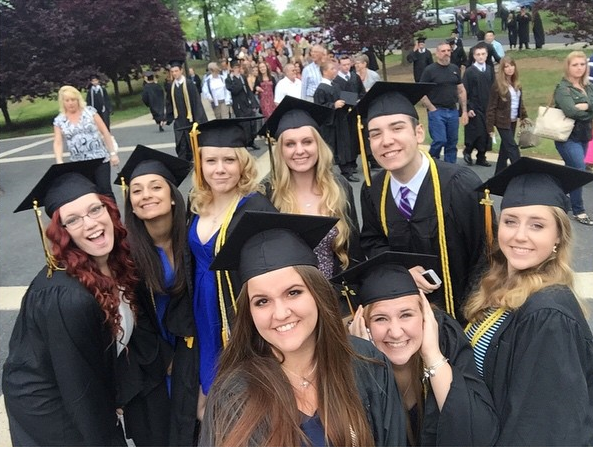 Shout out to all my friends back home!

My roommate was a simple girl from a big family (with an even bigger dog) and a lot of personal experience with having little to no personal space. From sharing a room for most of her life to being constantly pestered by siblings, she was not at all bothered by the loudness and closeness of a typical university dorm.

We currently live in the dorm 1300, which means we have the luxury of having our own bathroom and shower in our unit instead of the typical communal setting, yet I still wasn’t able to grasp college by the horns as well as my roommate seemed to be doing. I was jealous and wished I had a better handling on my own new adult life. 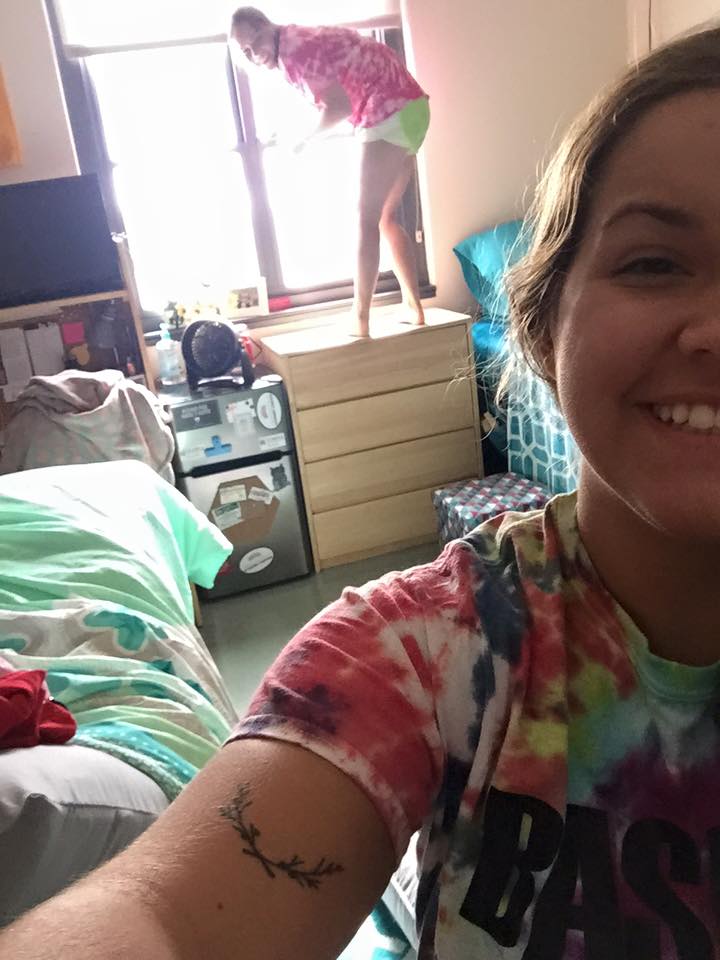 I felt isolated, alone and absolutely terrified by this huge step forward in my life. The friends who did come with me to Temple supported me, but I was still missing a large chunk of my friend group who had gone to other colleges. When I slept in my bed for the first time on that late August night, I was nothing but unhappy. Summer had been like a dream and yet there I was, being shoved into a little white box with another human, sharing a room for the first time in my 18 short years of life. While that all seems a little dramatic, I genuinely felt like a lab rat in a fluorescent room whenever the light was on for at least my first two weeks of dorm life.

As the semester progressed, I realized how different my roommate and I were. She went to bed early, I stayed up late. She doesn’t like when I leave the TV on, I love the background noise of daytime television. She is incredibly talented when it comes to drawing, I’m only a decent painter. She doesn’t curse, I don’t want to say I’m a sailor, but let’s be honest, I’m a full-blown sailor. She’s an incredibly light sleeper, I’ve slept through just about everything you could imagine. She would rather stay in and watch Netflix with a friend on the weekend, I would rather go out, meet new people and hit up a new house party I’ve never been to. We were, and still are, polar opposites. 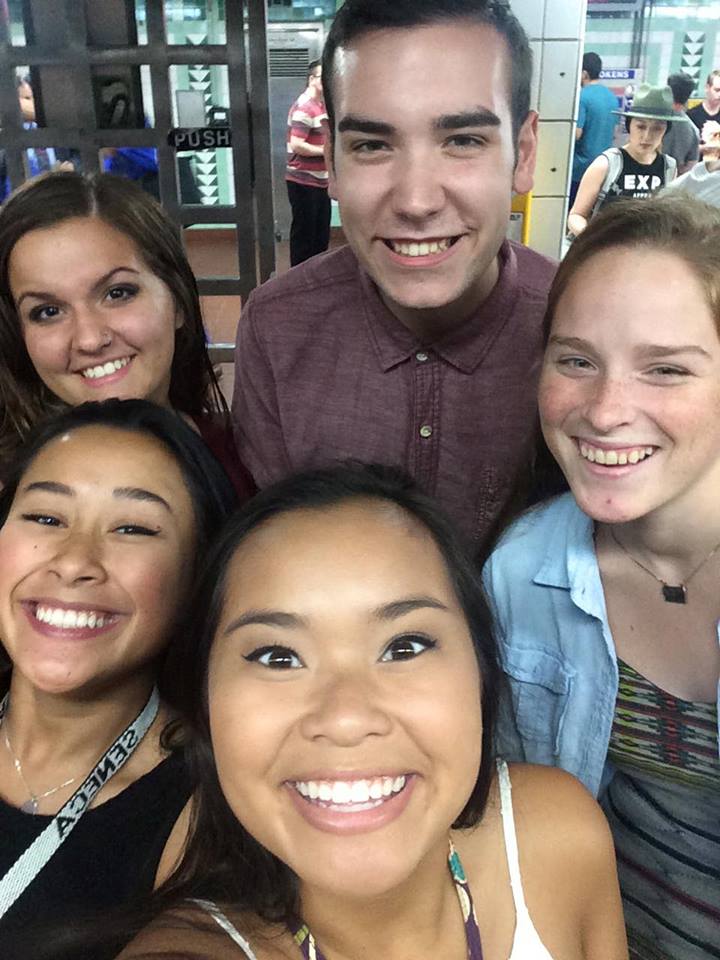 My roommates and I, going clockwise: Nick, Sammi, Isabel, Shannon, and me

Slowly, as time has gone on since the first day we met when we moved in together, I’ve realized that while she doesn’t seem like the type of person I would’ve been friends with, I’m really happy we’re friends. At first her constant nagging, such as “you should go to lecture, you’re paying to take these classes,” seemed annoying to me, but I eventually realized she was only doing it because she cared about me. She wants me to excel and do the best I possibly can.

Our random assignment as roommates has forced our unlikely friendship to grow steadily over the past two semesters. Although we’re not best friends by any means because we’re just such different people, she is a close friend I am comfortable with and would trust completely in any situation. She’s reliable yet quirky, and she always encourages me to do things when I’m unsure of them. 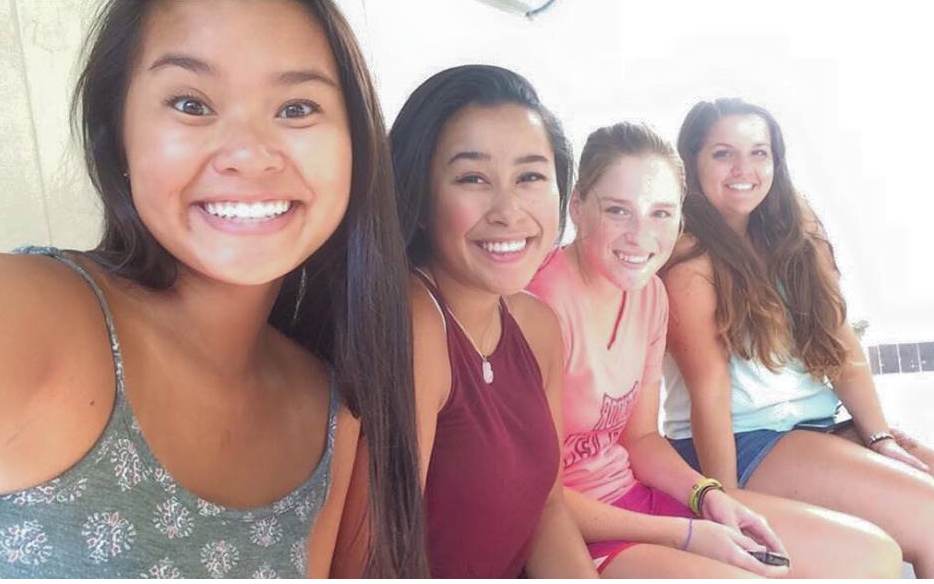 First picture we ever took together (during Welcome Week the day after we moved in), from left to right: Isabel, Shannon, Sammi, and me

She’s taught me anyone can be your friend if you give them a chance. From crazy party girls to calm and collected studious boys, it is possible to find a friend in anyone, even if they’re nothing like you. Just because you don’t party every weekend doesn’t mean you can’t hang out with people who do and vice versa.

One of her most defining factors is her love for old school rock music. As I’m typing this right now, she’s listening to The Lovin’ Spoonful. While I’m not bothered at all by this type of music, it actually brings back a sort of nostalgic type of feeling.  My roommate and my dad kind of have the same taste when it comes to old school rock, but it’s not something I would’ve choose to listen to before meeting her. She helped me enjoy something I would’ve previously overlooked, simply because she enjoyed it and I took a chance and tried to enjoy it too. 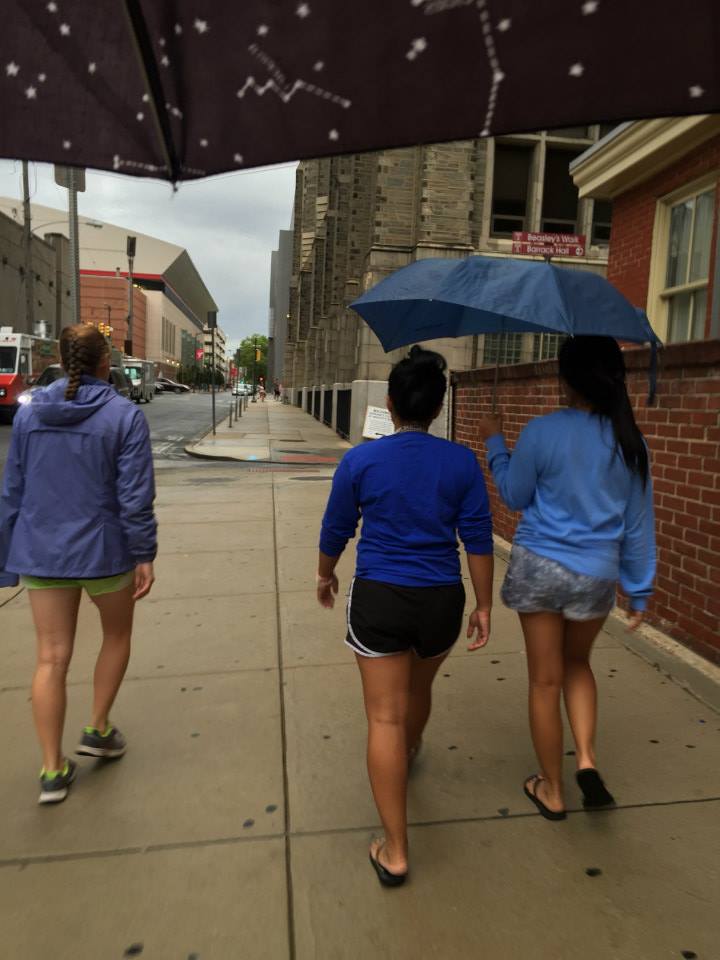 My roommates and I on our first adventure to Fresh Grocer, from left to right: Sammi, Shannon, and Isabel

My roommate, who I never thought I was going to get along with, really opened my eyes, and my ears, in the sense that I definitely shouldn’t judge someone the first time I meet them. She’s given me this new perspective of acceptance towards others I don’t think I could’ve learned from anyone else. You never really know what someone is like until you’ve lived with them for countless months, and let me tell you, nothing makes my roommate happier than a bag of Starbursts or blow-pops.

Thanks, Sammi, for all the crazy times we’ve had and will continue to have together! 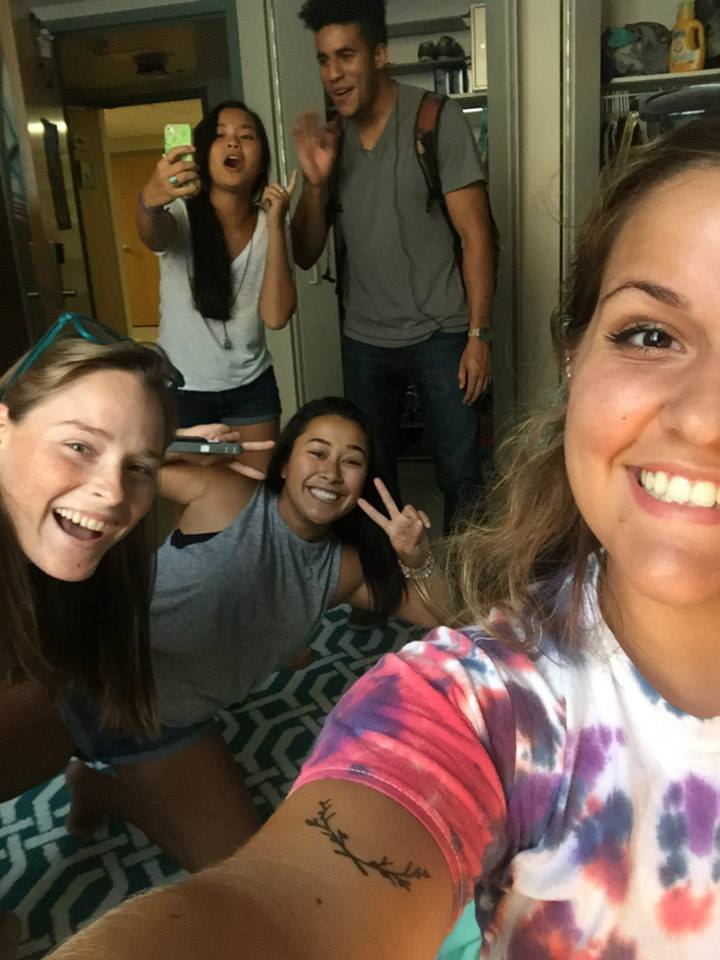 Isabel was forcing our RA Josh to say hi to her mom while they were on Facetime, so naturally me, Sammi, and Shannon took a selfie while she did it