The Stadium Stompers are protesting AGAIN

Despite Temple University continuously moving forward with plans for the stadium after several protests, the Stadium Stompers are trying again. 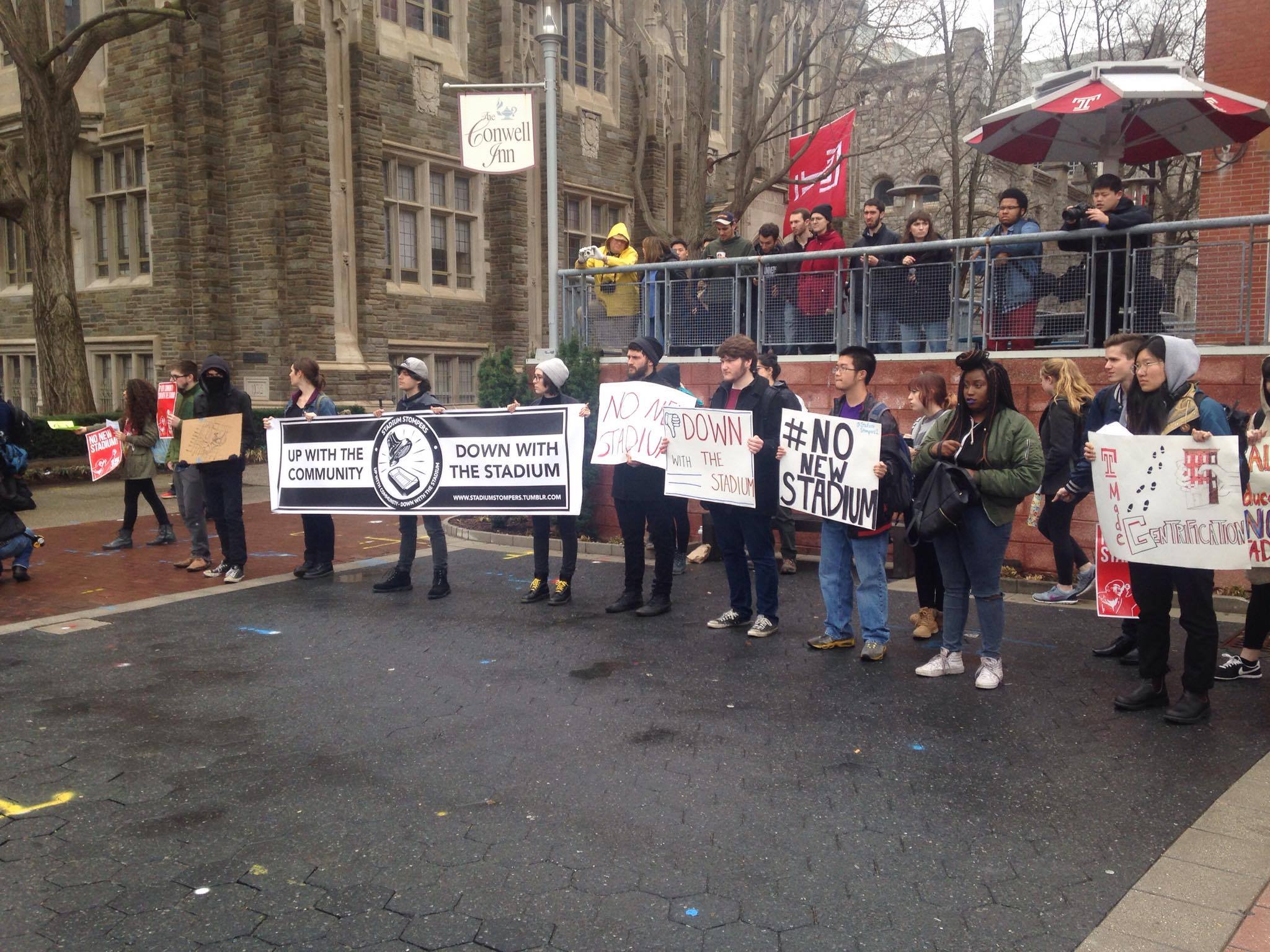 The group is currently protesting on Liacouras Walk outside Saxby’s while a board of trustees meeting is underway inside Sullivan Hall. 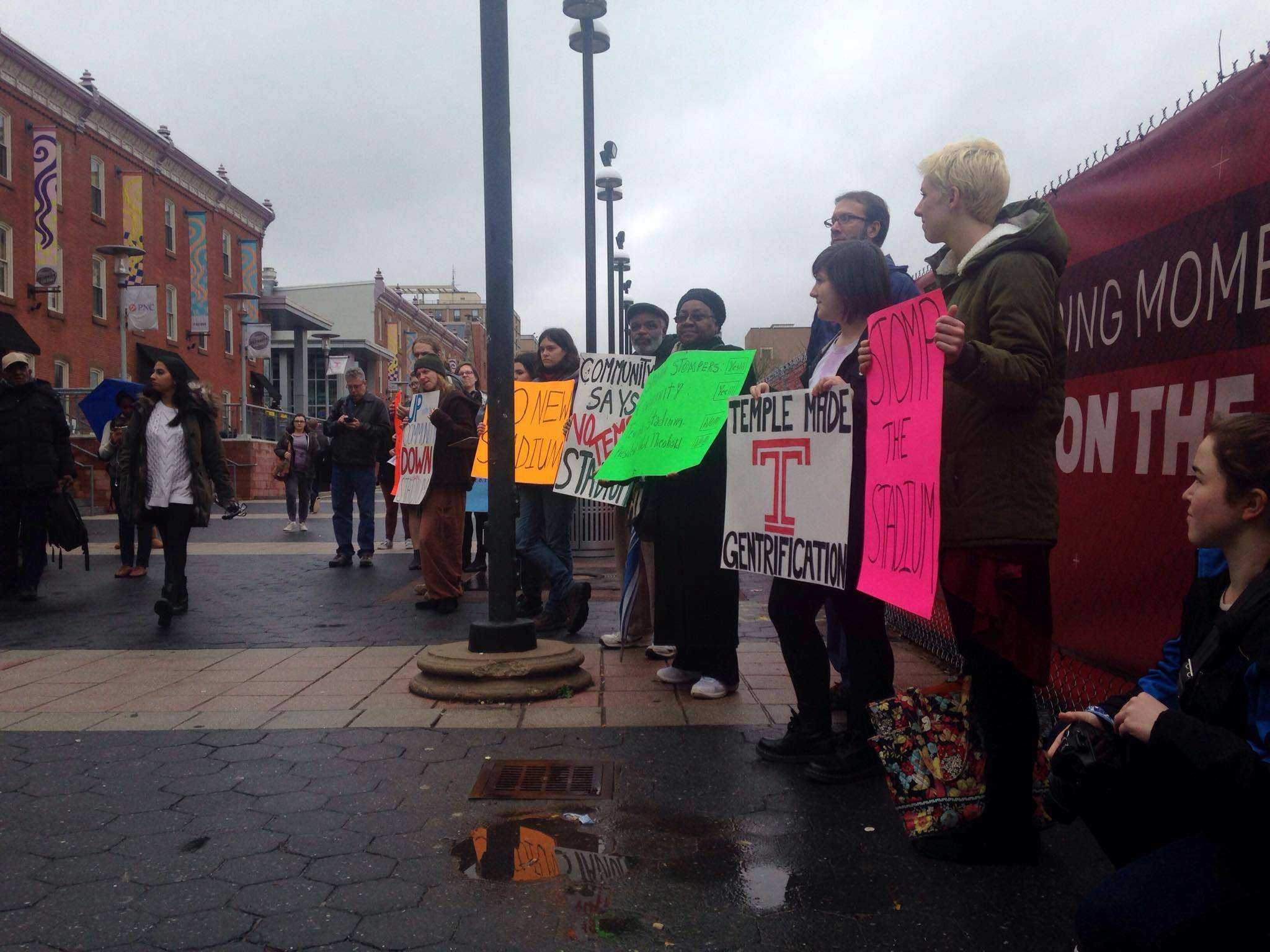 They are repeating some chants from their last protest, including:

“Up with the community, down with the stadium.”

They’ve also added a new chant to their repertoire:

Making matters a little worse for the university, a tour group walked right through the protest. Not so great for marketing the school.

At one point, a guy in a hot dog costume interrupted the protest and yelled, “Somebody ask me about my weiner!” He was booed away with several yells of “Fuck you.” 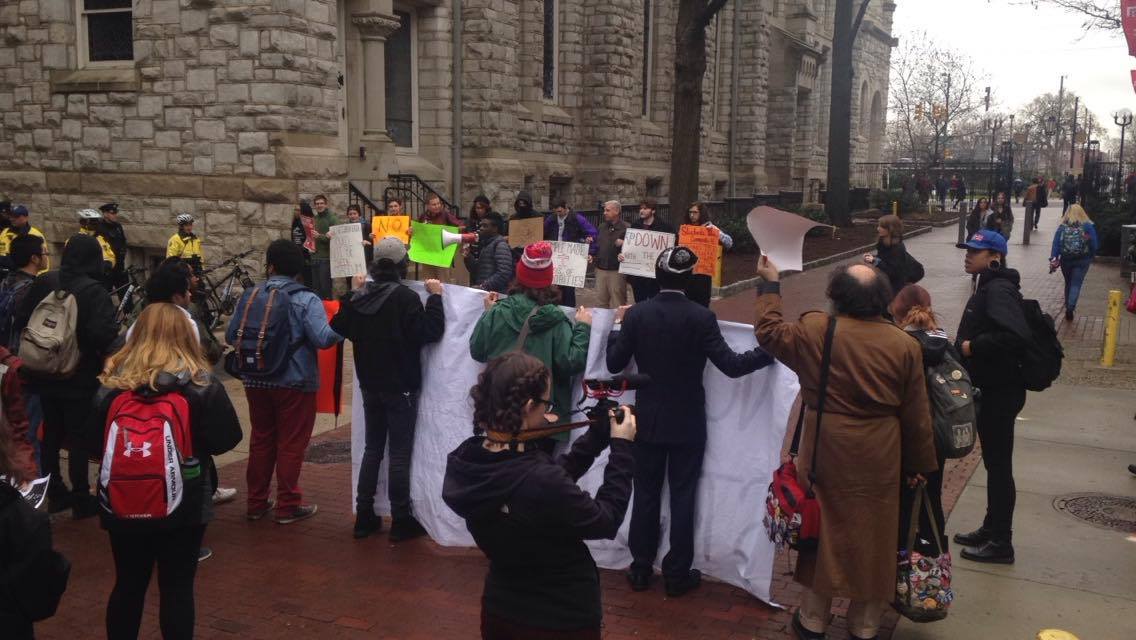 Photo by Sophia Wnek. Protesters continue chanting as the meeting comes to an end.