‘Visionaries have an obligation to join together and change the world’

On Wednesday, March 2nd, while most students were in Cancun for spring break or watching TV on the sofa in their family’s living room, a protest was underway in the Howard Gittis Student Center.

The creator of the event on Facebook, Henry Blosfelds, confirmed that at least ONE student showed up to march on Temple’s Bookstore.

Henry is the founder of the Petition to Replace Temple Stadium with Single Statue of David Duchovny, which proposes erecting a statue of the star of the TV show Californication instead of a new Temple stadium. The march on Temple’s Bookstore was part of the same cause.

He chose to hold the protest at the student store in the SAC, claiming on the Facebook event page:

“THEY represent everything we oppose, and THEY will do anything to prevent David’s angelic cheeks from being immortalized in stone.”

Henry truly shows a natural affinity for leadership, which is why The Tab caught up with him to ask him how he came to champion this specific cause. 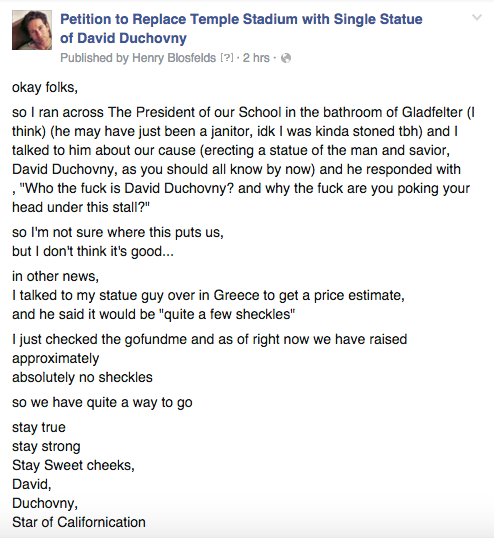 He explains how he came up with the idea for a statue of the star of Californication:

“I was sitting in my bed at about 2am and I couldn’t sleep. I had drank a green tea at about 11 o’clock at night, and that just messed me all up. I wanted to stir some shit up on Facebook. I was sitting there in bed thinking of celebrities I could do it on. The first thought was Don Cheadle. . .Brad pit-  I thought Brad Pitt was too well known. So, uh, David Duchovny.”

He has no notable history in social advocacy, though he does have prior leadership experience that no doubt has helped him amass the significant following he has through this campaign (the Facebook page for the petition has almost 700 likes). During his time at Bard College he founded a meat club, which was actually featured in a Buzzfeed article of 10 College Clubs You Won’t Believe Actually Exist. 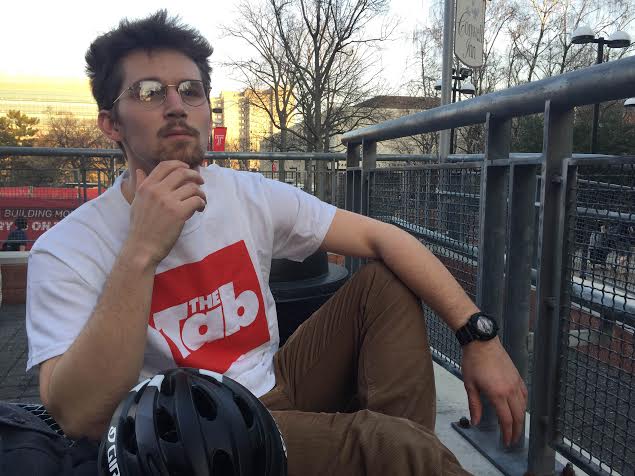 However, he says his history in organizing has nothing to do with his commitment to his present cause.

“We kind of just wanted to have the school buy meat for us so we could have cookouts.”

When asked about other groups opposing the building of the new Temple stadium, like the Stadium Stompers, who have held protests on campus, Henry said, “I don’t know. I don’t really stick my nose in. I want just want to get a statue of David Duchovny.” 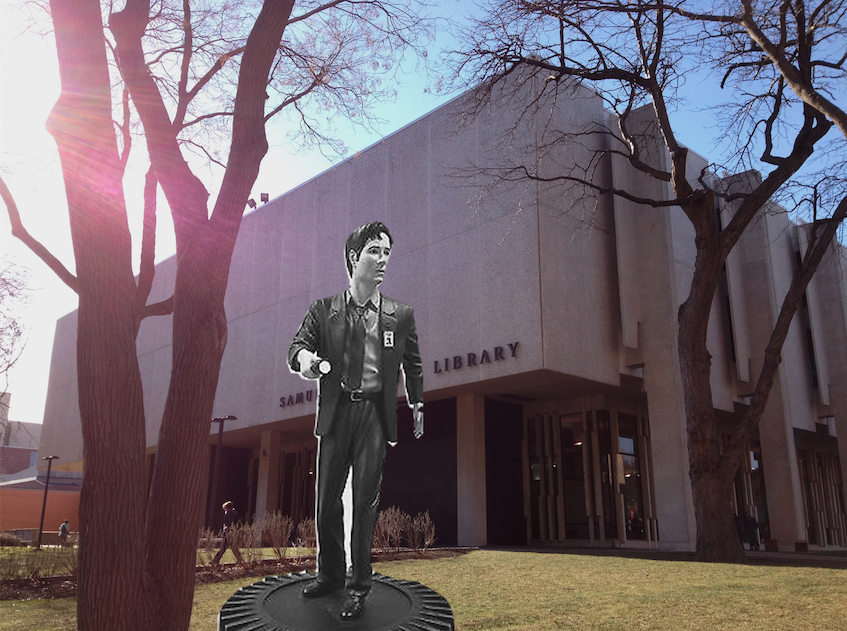 A rendering of what a statue of David Duchovny on Temple’s campus could possibly look like.

Despite seemingly high interest in the group on social media, lack of participation, like at the march on Wednesday, seems to be the main reason for the lag in the campaign for the statue.

Blosfelds, however, has not lagged. He updates the Facebook page (which now has almost 700 likes) daily with the progress of the petition and inspiration to keep up momentum for the cause. He’s even started a GoFundMe in order to raise funds to pay for the statue, which he admits will cost “quite a few [shekels].”

“We’ve made absolutely zero shekels. I don’t know why. I think, maybe, people don’t take the cause as seriously as they should be.” 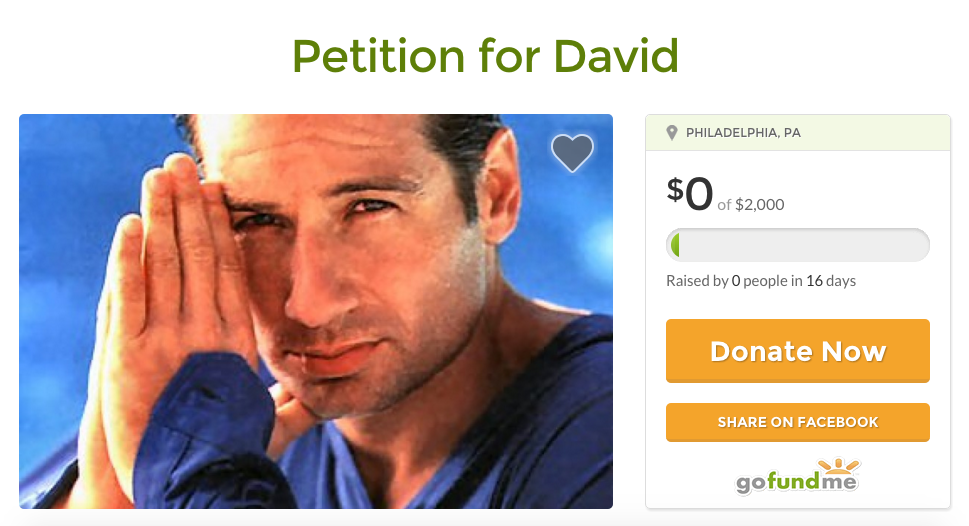