By the way, we don’t give out water bottles

During our first semesters at Temple as journalism students, we had to take Journalism and Society. In that class, we were taught explicitly that the face of journalism was changing and evolving into a new market in which the internet dominated and journalists broke stories in real time.

The Tab is at the forefront of that change.

We are the fastest growing international student media company in the world, with teams of student journalists across 46 universities in the United Kingdom and 45 in the United States and Canada.

The Tab is only new to Temple. It was six years ago at Cambridge University that three university students founded The Tab as a platform for people to write stories their friends would want to hear about, whether that be breaking news or a story about a bad date.

So many different online publications exist at Temple University and colleges around the country which appeal to different audiences for different reasons. The Odyssey, Her Campus, Owl You Doin’ and the newly established Spoon University are all publications setting forth to share specific stories. No one publication should be forced to justify their credibility because they follow a different set of guidelines than another or focus on different stories.

No student should feel as though they are less of a writer because they chose to not pursue a degree relevant to journalism. We feel privileged to be able to share the voices of students who may have felt unheard before, whether they be a non-communications major or just too shy to put their thoughts into words. Someone with no experience can join The Tab, be welcomed and grow in their writing ability through guidance and practice.

No publication is perfect. Errors exist in even the most prestigious of publications. 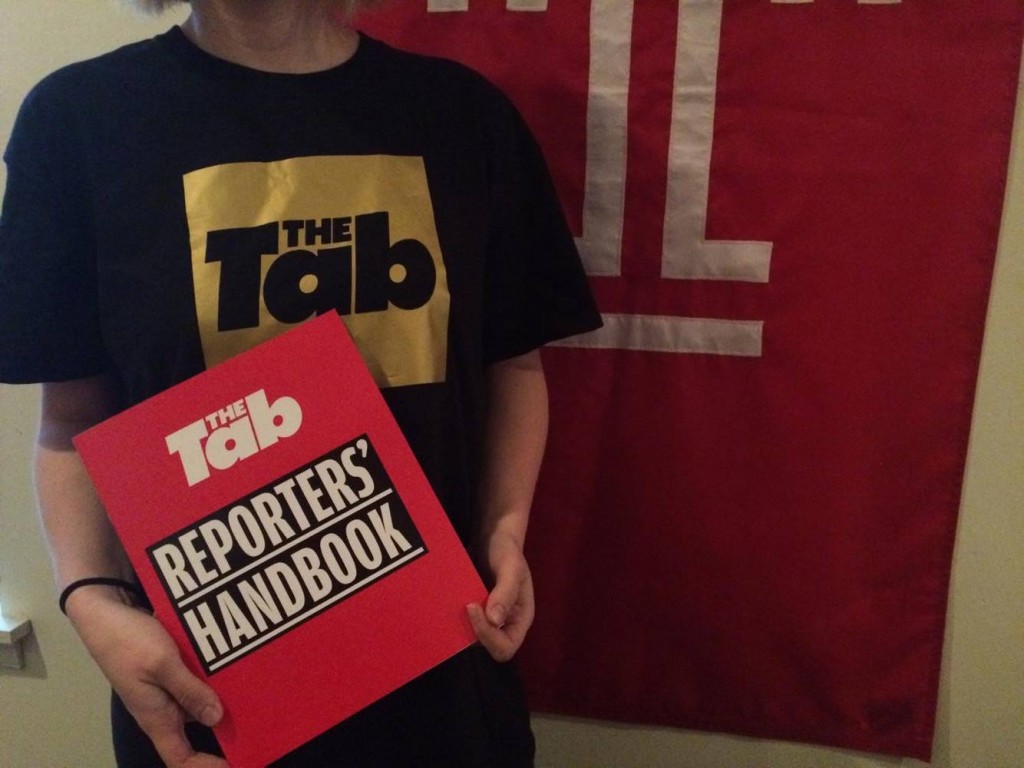 We don’t have an agenda. Like the real world, The Tab is a chaotic platform for reporting and debate – one supported by a powerful tech division that spreads local stories to a huge audience. What we are doing is new and it is ambitious – a powerful, grassroots network of reporters who care about originality and know the value of real journalism and having nothing off-limits.

Criticizing us for our “unprofessional” editorial process over choosing to publish an image of a swastika and racial slur is particularly baffling. Doing so was a decision which went through not just our editorial board at Temple, but the two experienced journalists in New York who help us maintain higher professional standards than most student publications possibly could.

We break real news stories at Temple – quicker than everyone else – and sometimes that involves confronting the harsh realities before us.

So far in February, over 50,000 people have read The Tab Temple, and we have received 90 new writer signups. These are more significant digits – to us, to most Temple students and to global media companies who hire Tab alumni – than “2am” or “2.a.m.” What’s more, these numbers are still growing.

Over a semester, we’ve grown more than we ever could have dreamed. To quote Drake: “Started from the bottom, now we here,” and we’re pretty damn proud of it.