What actually happened last night at the Tech

Despite the rumors, the guy wasn’t arrested for stealing 28 Twinkies

Students were startled last night to witness an arrest at the Tech Center at around 10pm.

The video was first available on Temple’s Snapchat story, where the police can be seen arresting and escorting a male student out of the Tech Center in handcuffs.

Early rumors circulated on Twitter and Yik Yak that the student was arrested for stealing 28 Twinkies from 7/11. 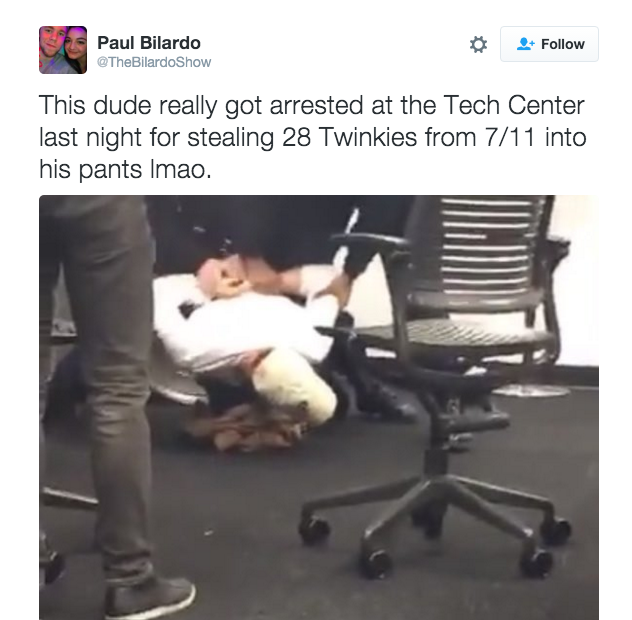 According to Riley Conahan, a sophomore who saw the arrest happen, there were several people in the blue Mac room towards the back of the Tech at around 10pm on Wednesday, February 3rd, when the arrest happened.

She says a male student was studying next to her when “the manager” came into the room, pushing in chairs and cleaning up. This male was identified by another student as Nick Blom, a Junior at Temple. He saw the student next to Riley had his jacket draped over another vacant chair and asked him to remove it. Riley says the student moved his jacket to the floor, and the manager said, “Excuse me, do you have a problem? Please pick up your jacket,” and the student asked why, saying there was no one there and asked where he would like him to put it.

“You know what, I don’t want you here. You have two minutes to get out.” replied the manager.

Rather than leave, Nick said he was studying and didn’t understand why he had to leave. Riley says the manager claimed he was going to have the police escort the student out, then left the room.

“It was the stupidest situation ever. We were all laughing about it, and then 15 minutes later two cops came back and were like, ‘alright, buddy, let’s go,’ and the the kid was like ‘why am I being escorted out right now?'” said Riley.

She says the police proceeded to try to escort him out while he continued to protest how he didn’t understand why he was being punished.

“Then the cops just grabbed him out of his chair, and the kid was yelling at us to record it. Then the cops were trying to calm him down, and they somehow smacked his head off the desk and pushed him to the ground and were on top of him and then escorted him out.” 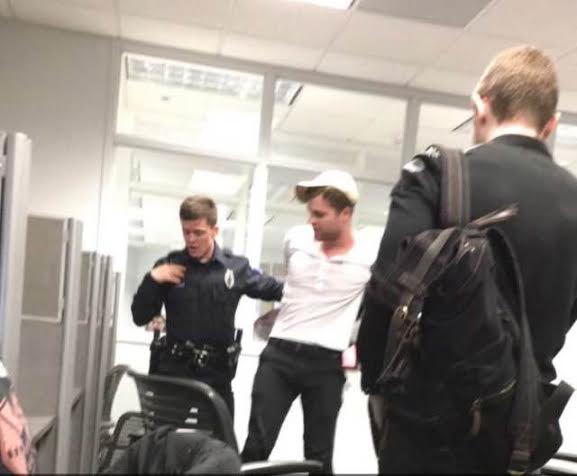 A photo from a student present at the arrest

Nick Blom was charged for disorderly conduct by the TU Police.

Riley described how distracting the incident was and how it left everyone upset and worked up afterwards.

“It really interrupted people’s focus. Everyone was really mad.”