‘Free education seems to be very comprehensible to the rest of the developed world, but here we’re being exploited by large corporations’

Temple students and adjunct professors pissed off drivers on Broad Street today as they participated in Temple’s Million Student March, a protest sponsored by over a dozen organizations, including Temple Socialists, Philly Socialists, Black Student Union at Temple and Temple Area Feminist Collective.

Marchers had three demands: tuition-free public college, cancellation of all student debt and $15 an hour campus-wide minimum wage for every university nationwide.

The march began at the Bell tower and ended at City Hall, where it met with groups from UPenn and Drexel also participating in the Million Student March. 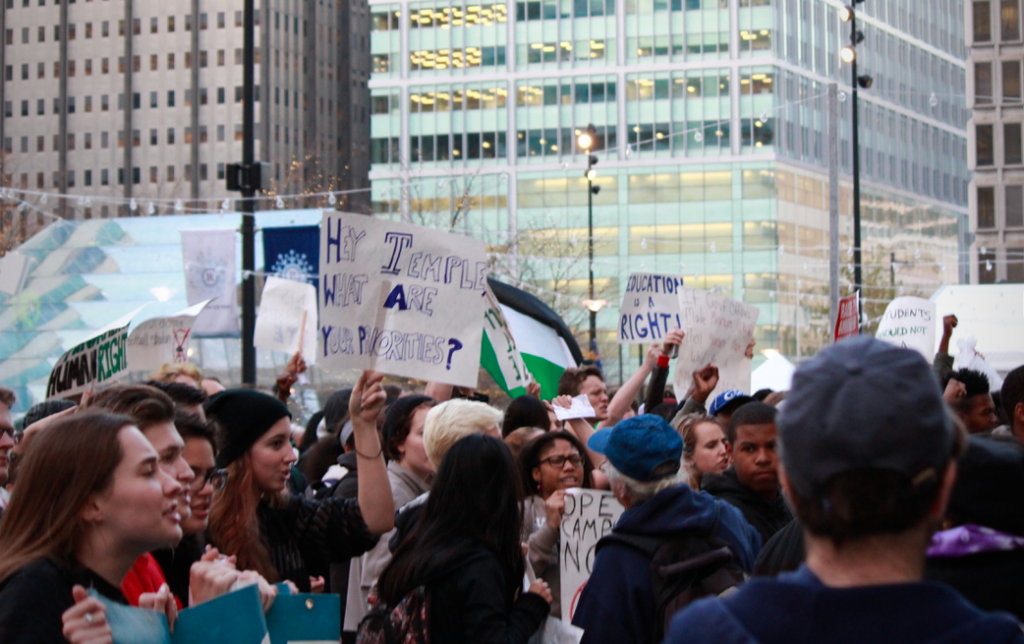 Before Temple’s march arrived, students and adjunct professors from Drexel and UPenn had already attracted a crowd of media and police and took turns using a bullhorn to share their stories of struggling to pay for an education. 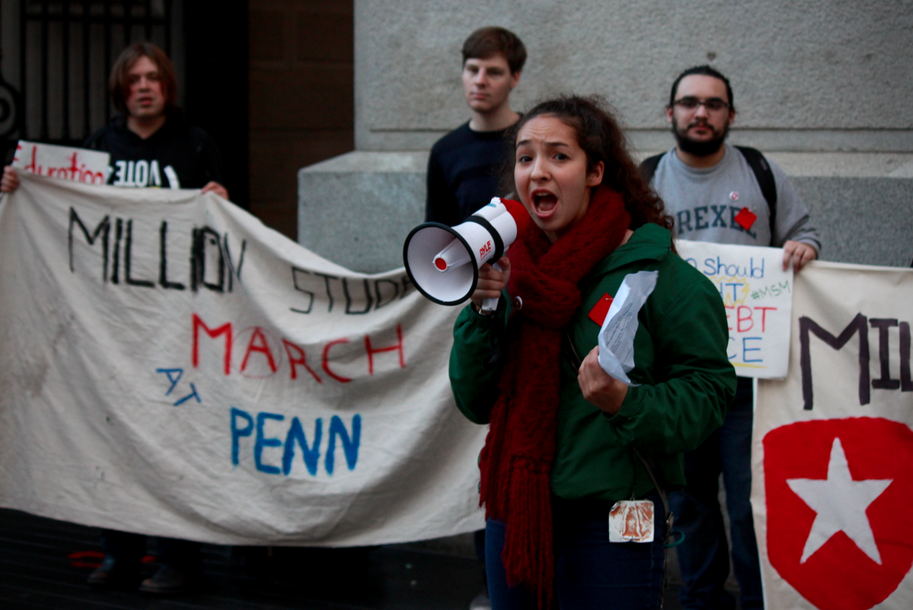 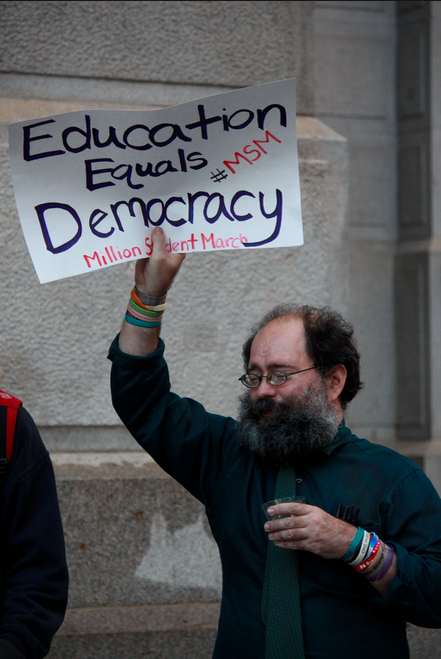 The sound of drums announced the arrival of Temple’s larger group of protesters. Drexel and UPenn were silenced as the crowd rallied around three masked drummers on Dilworth Plaza. Helicopters and a bigger police presence followed. 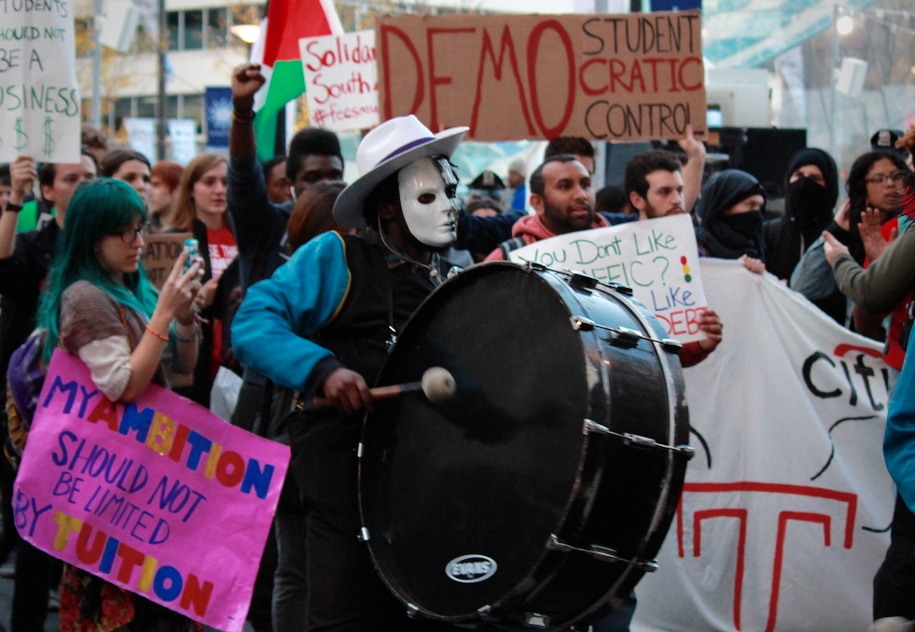 After the drummers’ performance, protesters enlivened the crowd with talk of gentrification by Temple and plans for the school’s new million dollar stadium. The topic of the march quickly shifted from free tuition for all schools to issues specific to Temple.

Travis Beohm, a junior political science major at Temple University who participated in the march, says he was invited to join the event via Facebook.

“I just saw the opportunity and thought it would be a really good thing, something I was hoping people would have done for a long time . . . Free education seems to be very comprehensible to the rest of the developed world, but here we’re being exploited by large corporations.” 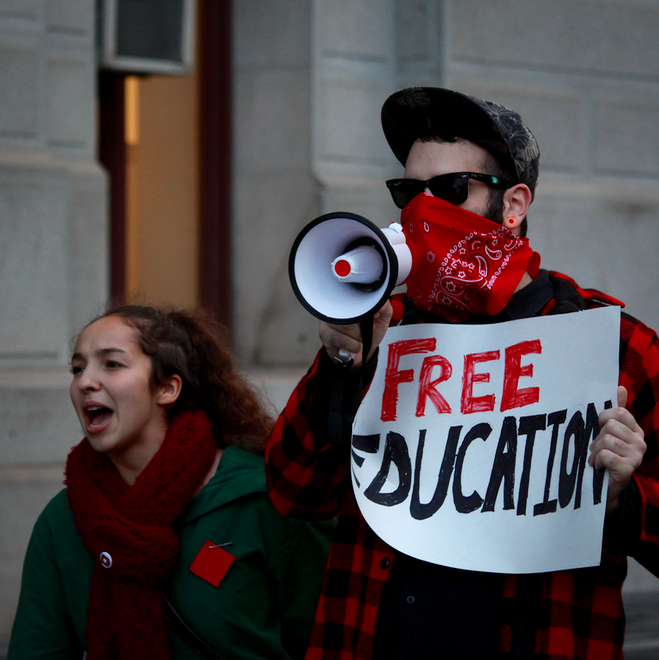 Also mentioned were similarities between Temple and the recent situation at the University of Missouri, where black football players protested and the university’s president resigned after incidents of racism. The protests spurred the #BlackOnCampus hashtag, which appeared on some of the signs at today’s protest. 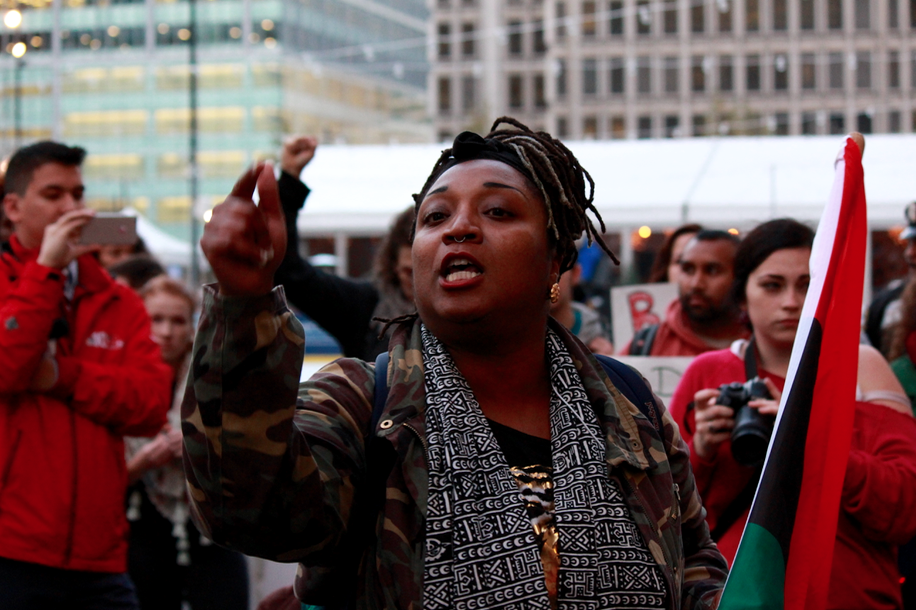