‘This place has embraced me and given more to me than I could ever give to them, ever’

But Mr. Temple’s time as a student is almost over. He graduates with a Strategic Communications degree in December, so this week The Tab caught up with him in his office in Sullivan Hall in Alumni Relations to talk about life post-presidency, his current projects and what awaits him after graduation. 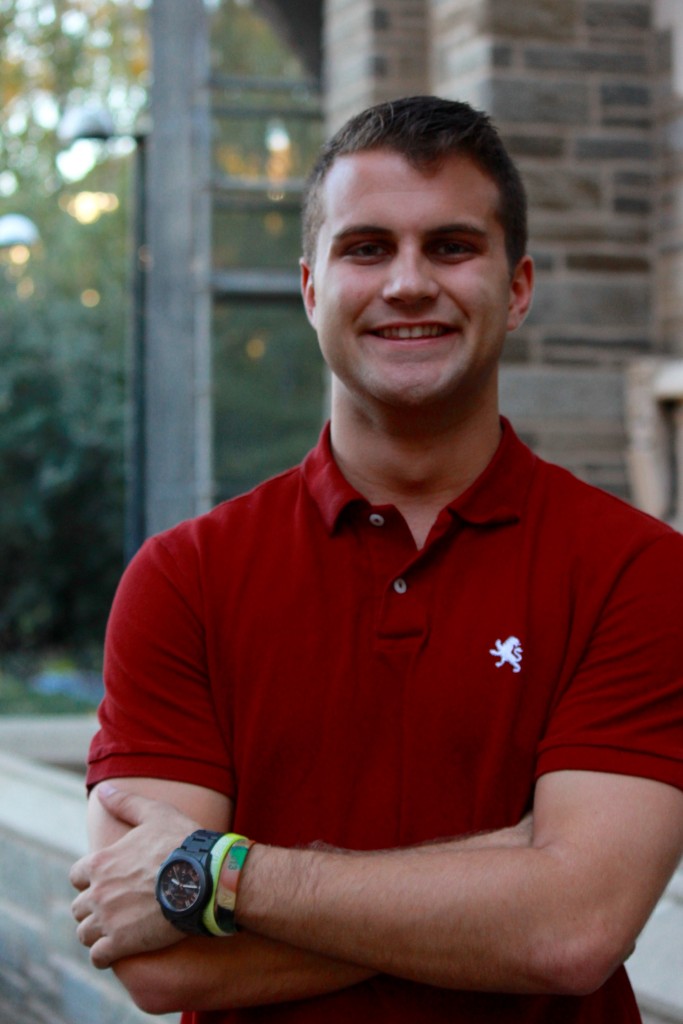 Ray outside his office in Sullivan Hall

How long were you involved in student government before you became president?

I got involved my sophomore year, so that would have been 2012, as a Director of University Pride and Traditions. The next year I was the Director of Communications, and then I ran for president and won.

What made you want to get involved in student government?

I dabbled in a few other things, first. I was a tour guide and an Owl Team leader. Then I met the current president at the time, and he asked me to come on as his Director of University Pride and Traditions. I had a blast doing that, so I just maintained my involvement.

What were your roles as president?

I was president for the 2014-2015 academic year, and I did a bunch of different things. I met a lot with Sodexo and Morgan Hall, the second floor, transforming that into an all-you-can-eat instead of a pick your own style was one of the first things we did. I was in Washington D.C. a lot, meeting with the Department of Education and the White House on the It’s on Us initiative to combat sexual misconduct on college campuses. I worked a lot with the president’s office on a lot of pride initiatives and a lot of diversity initiatives, like TUnity last year. So we created the TUnity statement, launched it and implemented it across the university.

What was the hardest part of that position?

I was really nervous the entire time, just because you’re exposed to a lot of different student issues, and they become a lot more real when you learn about them and you start to really empathize and sympathize. So I was always really nervous, hoping that everybody was okay and students were staying safe.

What things did you have to deal with as president?

The first week of my presidency was the Temple Fest incident, where a jewish student and student from Students for Justice in Palestine got into an altercation. That ended up taking up the majority of my time, just helping mitigate that situation and making sure all the parties were happy and taken care of. Then that rolled right into all the Bill Cosby scandals coming out. That was difficult, with a lot of media craze and a lot of representing Temple to national affiliates.

What was your favorite part?

The exposure and the ability to kind of talk to students and calm them down if they ever had a problem, or to truly be transparent in knowing the administration and saying, you know, they’re good people, and they’re going to work for you, and things are going to get better.

How did you get the position as in-game host for Temple’s sports events?

Three years ago I was presenting at an orientation and they were like, ‘oh, you have a lot of spirit and pride. Do you wanna come do like a one spirit time-out on the football field.’ I was like, ‘sure.’ Then the next year they asked me again, and I took over basketball, and then the next year I did football and basketball. So I do the half-times, the time-outs, all the in-game host stuff.

Was this past weekend’s big game different than usual?

Yeah, it definitely adds a different element to it. My biggest audience before this season was 20,000, and this season it bumped up to 70,000. Lincoln Financial Field is a crazy environment to try and capture an audience’s attention, but it’s a really fun experience.

What’s your favorite part of the job?

Right when you walk in, when you look up in the stands, especially for Penn State and Notre Dame, and there’s 70,000 people looking down at you. It’s pretty crazy.

Do you ever notice any of your friends in the stands?

Oh yeah, all the time. I try to bring my friends down on the field and get them involved, because that’s like the best part.

(This semester marked the start of Temple’s Pop Up Pride videos, for which Ray is the “hype man.” The Pop Up Pride team surprises Temple alumni with a personal pep rally, complete with members of Temple’s marching band, Diamond Gems, cheerleaders, and Hooter the Owl. The first victim was Nick Jimenez, a member of Comcast Temple Alumni Network and a Temple football and basketball season ticket holder. Pop Up Pride surprised Nick with a pep-rally at work after tricking him into thinking he was going into a meeting. You can watch the video on Temple University’s Facebook Page.)

How did you get involved in Pop Up Pride?

Pop Up Pride stemmed from me being the in game host for intercollegiate athletics. That’s when Strategic Marketing came up with the idea of doing these Pop Up Pride things. I got a text message and came over, and we put together this project team that does these cool Pop Up Pride videos all over campus and Philly. The first one was before the homecoming game. We picked Nick Jimenez, stormed the Comcast Center, which was a blast. Recently we stormed a classroom, and we have another meeting on Monday to figure out who we’re going to hit next.

So we can expect to see the next video pretty soon?

Well we have to talk about it and pick them, and we’re gonna try to do one a month.

How do you arrange the surprise Pop Up?

We usually work directly with their supervisor, or with someone not directly related, to kind of get the clearances, because you know the Comcast Center is a very secure building. So Nick was completely surprised. He had no idea, and that was the best part of it. And he’s a huge Temple fan, which made it even better. . . and Comcast was a really good place to do that, because there are a lot of alum who work at Comcast, so they all came up, and it was a lot of fun.

Who was the most recent person you surprised?

One of our team members on Pop Up Pride picked Professor Sam Hodge. I actually had him twice, and he used to be the chair of the Legal Studies Department, but I don’t know if he still is. He’s been a season ticket holder forever, he was a great teacher, an award recipient, so we picked his classroom and stormed that. It was a blast. It was kind of early in the morning, and I saw people in the video were like, what is going on.

Did he know you were going to storm his classroom?

He was in on it. We kind of had to, because God forbid he was giving an exam. So he was in on it, but the class had no idea. And there were other professors around that I think were like, what’s going on. But it was still really fun.

I work in alumni relations, which is an institutional advancement. I help with their student engagement portfolio, which is how the alumni association interacts with students, to make sure that when you graduate you know there’s an alumni association.

What are your plans after graduation?

I’ll most likely be staying here at Temple, hopefully working in alumni relations. What exactly I’ll be doing is still up for grabs.

Finally, what was your favorite part of your years at Temple?

I would say beating Penn State. That was my favorite part. I’m lucky enough to be on the field, so I stormed with the football team. Then I came back and just went nuts with all my friends. It was amazing.