The good, the bad and the ugly of study abroad at Temple

‘The first month or so I was just miserable. It almost ruined my whole experience’

Studying abroad can seem like a dream come true and often is. But for some studying through Temple’s program with FIE it’s more like a nightmare.

For students paying upwards of $21,774, the estimated expense of the School of Media and Communication’s London study abroad program, a life changing and career enhancing experience is almost demanded of a semester interning abroad. But because of Temple’s rather hands-off approach in matching students with internships at foreign companies, some students get less than they expected.

Temple partners with the Foundation for International Education, or FIE, to place study abroad students with internships. Students apply for study abroad and select their courses through Temple, but FIE takes over once students opt to intern abroad. Students fill out a form based on their area of study and their interests, then FIE places them with an internship based on their responses and experience.

Media Studies and Production major Anais Cooper-Hackman, 21, in the School of Media and Communication, summed up how most people felt about  FIE. 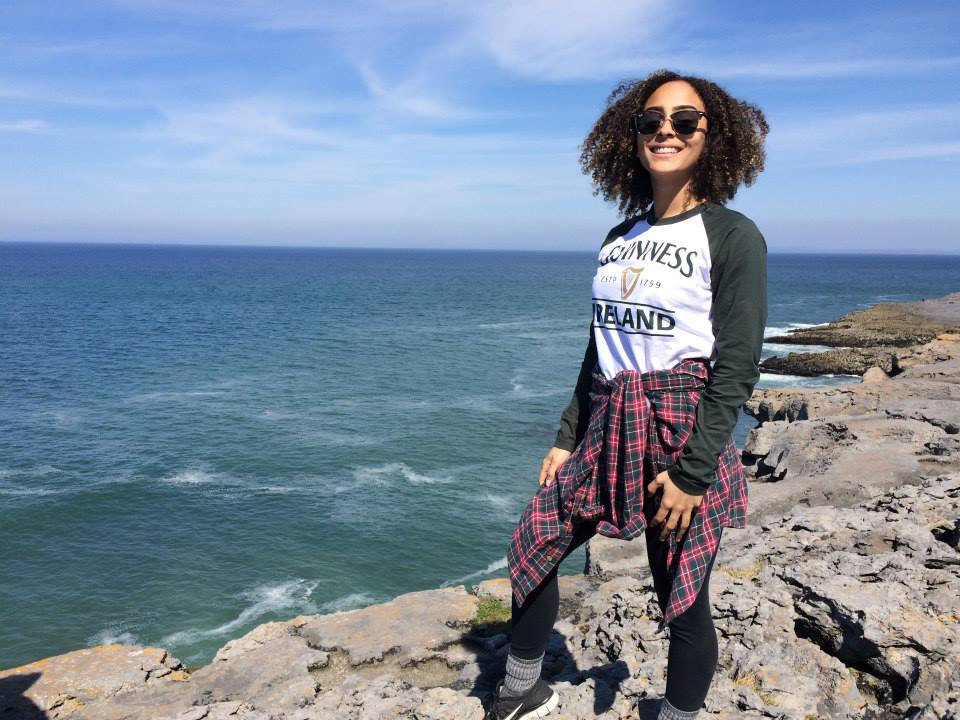 A photo of Ana during her semester abroad, taken from her Facebook page

Ana studied abroad in London in Spring 2015. She said the process went as well as it possibly could have. She meshed well with her company: a start up management platform for DJs called Dubzoo.

She said: “I went in with no idea what kind of internship I was going to get, and I wanted that.”

Her positive experience with Dubzoo helped narrow down her decision for what career path to pursue. 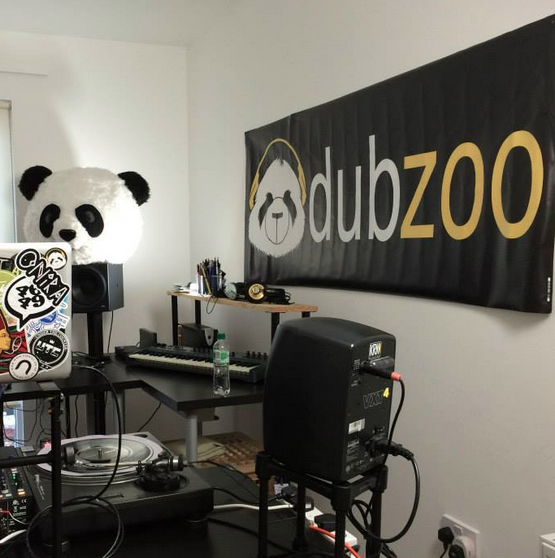 Ana’s internship was with a startup company called Dubzoo, a platform for DJs

But three other School of Media and Communication (SMC) students from the same study abroad group, Abby Durey, Paige Knapp, and Rebecca, had extremely different experiences. 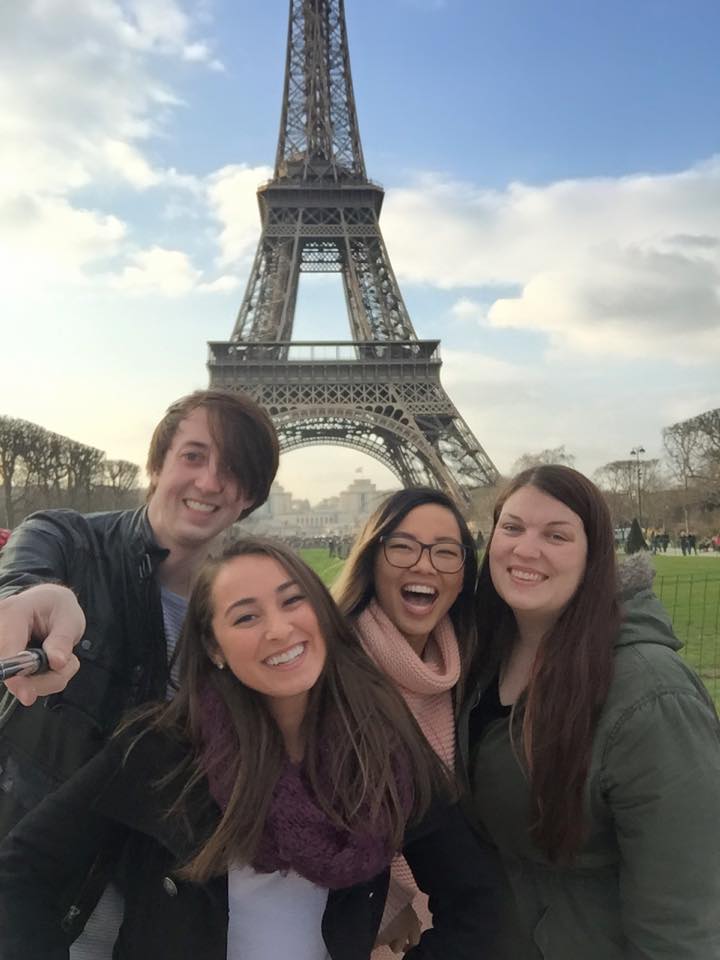 A photo of Abby while in Paris during her study abroad

Senior journalism major Abby Durey said: “It’s not that I didn’t like my internship, but it was irrelevant.”

The FIE placed Abby with Molly Bakes, a small bakery in London. Her position was a communications intern, but she spent about half of her time there doing work outside of communications, things like filing taxes, taking inventory and organizing her boss’s e-mail contacts. 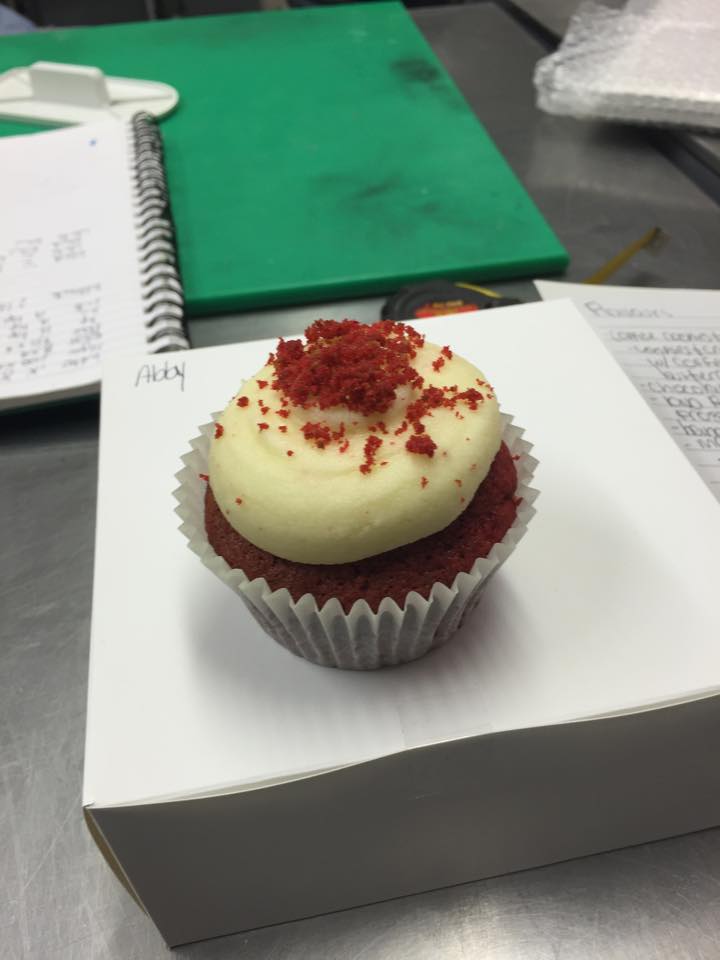 A photo from Abby’s internship at Molly Bakes, a bakery in London

Abby felt there was a lack of communication between the LIE and her boss.

She said: “I didn’t get the impression they explained the terms of the internship to her.”

She claims when the LIE assigned her to the internship they gave her a profile of the business that included what her responsibilities would be, so she was startled by how uninformed her boss seemed.

PR major Paige Knapp was also assigned to intern for a company that didn’t seem to know what to do with her. She worked for CLF Art Café- a venue for music, theater, film and other art forms. 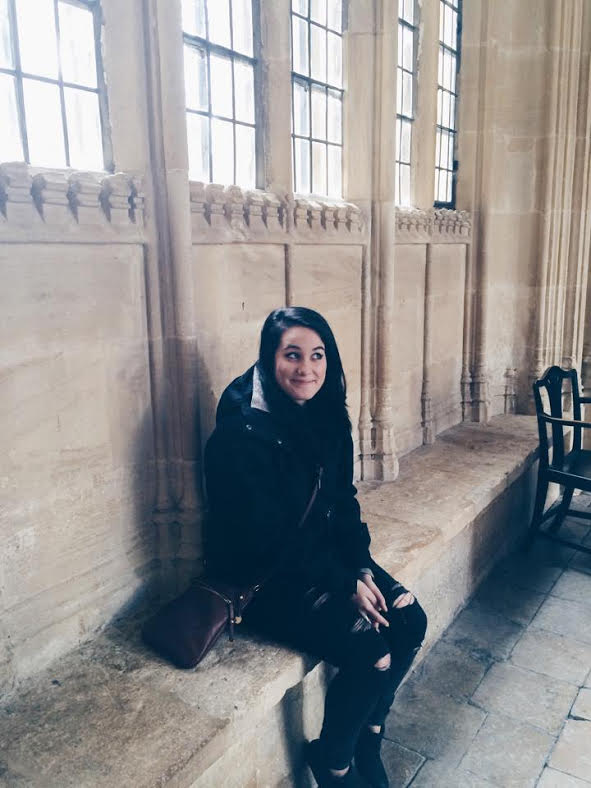 A photo of Paige during her semester abroad

She started at the business when it was in a time of transition. It was filling new positions, re-delegating roles, and overall changing.

She told The Tab: “It was manageable, but definitely not what I expected.”

Paige thinks her disappointment with her abroad experience really stemmed from her high expectations for her trip.

She said: “It sucks because when you’re going abroad you feel like it’s a once in a lifetime chance, and whether it is or not, you never know.

“The FIE said to us when we got to London, ‘Since this is a placement, you may not be totally thrilled with your internship, but remember, it’s a learning experience,’ and I remember being really struck when they said that.

“I wasn’t thinking that. I just assumed I would love my internship.”

Rebecca, however, had such a severely worse experience that she asked her last name be omitted because the university encouraged her not to talk about it, for fear it might reflect poorly upon her to potential employers.

When she began interning at a London start-up, the company didn’t even have any clients.

“They put me with a man who was basically just running a Twitter. I don’t know if they even met him.”

She had to take two buses and transfer to the tube (what Londoners call their subway system) to get to the small space that served as the company’s office. When she went in to meet her boss for the first time, she could see that he was opening the e-mail with information from FIE for what seemed to be the first time.

She immediately felt uncomfortable. He made comments about her going out and “getting wasted” and implied that she was spoiled, making accusations about her financial situation.

“It was just very weird.”

After her first day, she immediately went to the FIE’s office to explain that she felt uncomfortable in her situation. They encouraged her to continue with the program.

She sat in her boss’s office from 9am to 6pm every day she worked, just tweeting, for the entire semester.

After encountering more problems, like her boss expecting her to work more hours than she was legally allowed to as a foreigner, she reached out to Temple SMC. They told her FIE handled students’ affairs once they had been settled in London, so they could not offer any help.

“The first month or so I was just miserable. It almost ruined my whole experience in London. I was crying and stuff. It was just such a mess.”

Abby, Paige and Rebecca all claim there were plenty of other students who ended up in internships they hated.

Paige said: “Some people got invited back to London to live, and other people hated it and dreaded going and had tears over their internships.”

Despite the shortcomings, Paige and Abby both say they would repeat the experience. But Rebecca insists she definitely would not recommend the internship program to students interested in studying abroad.

“You don’t have to do an internship [to study abroad]. Temple just pushes it. I wish I would have known all this. I think I would have learned more just walking around London than I did in that office.”