This ‘Cuse sophomore confronted her neighbor for having loud sex

Syracuse University sophomore Jenna Levine kept hearing her neighbor having loud sex, so she confronted her by sliding a note under her door.

Sex is an (important) part of the college experience. We’ve all heard stories of sexiles, moans and screams, but were surprised when Jenna took this taboo topic to a whole other level. While confronting her very ~sexually active~ neighbor about the loud noises coming from the room next store, she documented the whole experience and posted it to Twitter.

“Well I think it was Thursday night I was lame and stayed in and I was re-binging New Girl and I heard a banging on my wall and a woman screaming. Naturally, I was a little concerned…but I didn’t really think anything of it.

“Then Sunday afternoon, I was taking a nap and got woken up by the same thing.. I have no problem with them getting freaky, but this it was starting to become a little annoying, so I wrote the note on the stationary my mom forced me to keep in my desk and tried to be as polite on possible.” 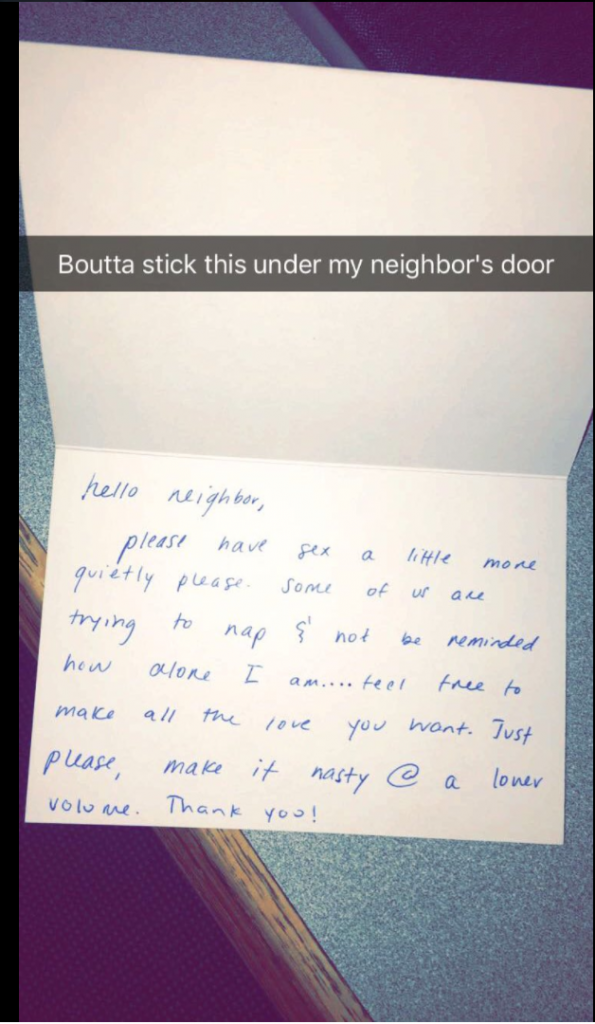 The note Jenna left under her neighbor’s door

Jenna also documented her neighbor’s response (thankfully, the neighbor was a good sport).

The noisy neighbor, who chose to remain anonymous, told The Tab she’s “in disbelief that this is going viral. The note was hilarious, and I’m keeping it pinned on my wall forever!” 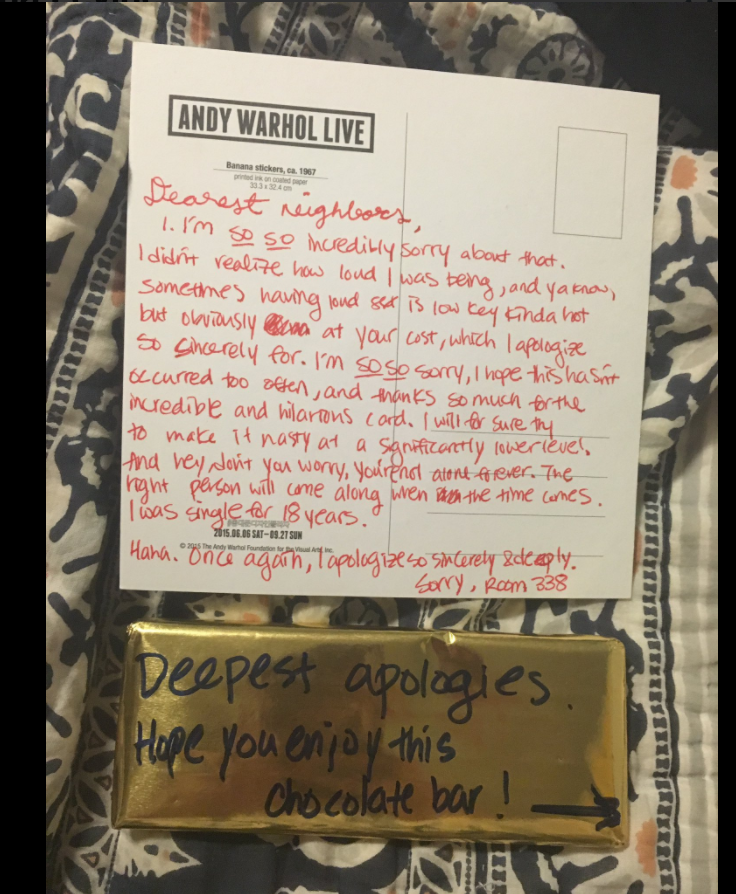 What better way to apologize for steamy sex than a handwritten card and chocolate?

Before taking her adventures to Twitter, Jenna first posted the pictures on Snapchat.

“People on Snapchat were replying how funny it was but I wasn’t trying to be funny just wanted to get a good night’s sleep!” she told The Tab.

However, she was extremely nervous to slide the note under the door. she said she “slipped away like a cartoon burglar.”

The best thing to come out of this? Mom’s approval, of course. “My mom was strangely proud of me,” she said.

So, next time you decide you want to get hot and heavy with your one-night-stand/S.O./FWB, think twice– because neighbors hear everything.