This guy dressed up as Tomi Lahren for Halloween

The Syracuse junior ‘wanted to be something scary’

A Syracuse junior dressed up as conservative political commentator, Tomi Lahren because he “wanted to be something scary for Halloween.”

Tomi Lahren is a reporter for TheBlaze and is known for her popular segment, Final Thoughts with Tomi. The controversial videos attack issues like Beyonce’s Super Bowl performance, Colin Kaepernick, feminism and radical Islam.

I wanted to be something scary for Halloween so I dressed up as @TomiLahren ?? pic.twitter.com/MGvKLLQOos

Gehring told The Tab Lahren’s ignorant rhetoric “has been pissing [him] off since the beginning of the year,” and he first conceived the idea to dress up as her for Halloween as early as the summer. The idea was cemented during the third presidential debate when Lahren’s aggressive and incoherent tweets struck a chord with Gehring. 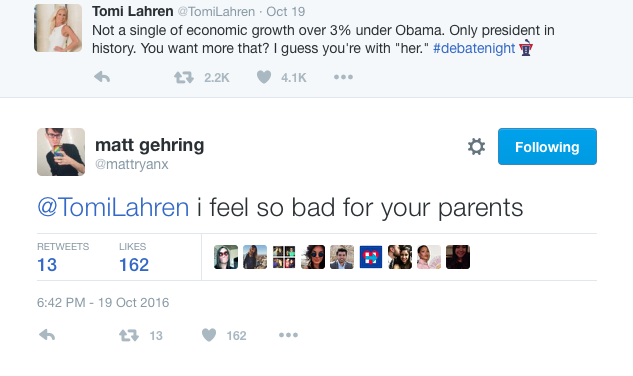 “I knew I was going to get some pretty negative reactions because I’m very outspoken on Twitter and I’ve heard it all before,” Gehring said. “The neo-Nazi sector of Twitter was pretty new to me though and I never imagined I’d tap into that market.”

He received enough hate from this one tweet that he knew his Halloween costume had the potential for just as nasty feedback, but he wanted to do it anyway. On Friday night he dressed up as Lahren for a party and posted the tweet the next day. 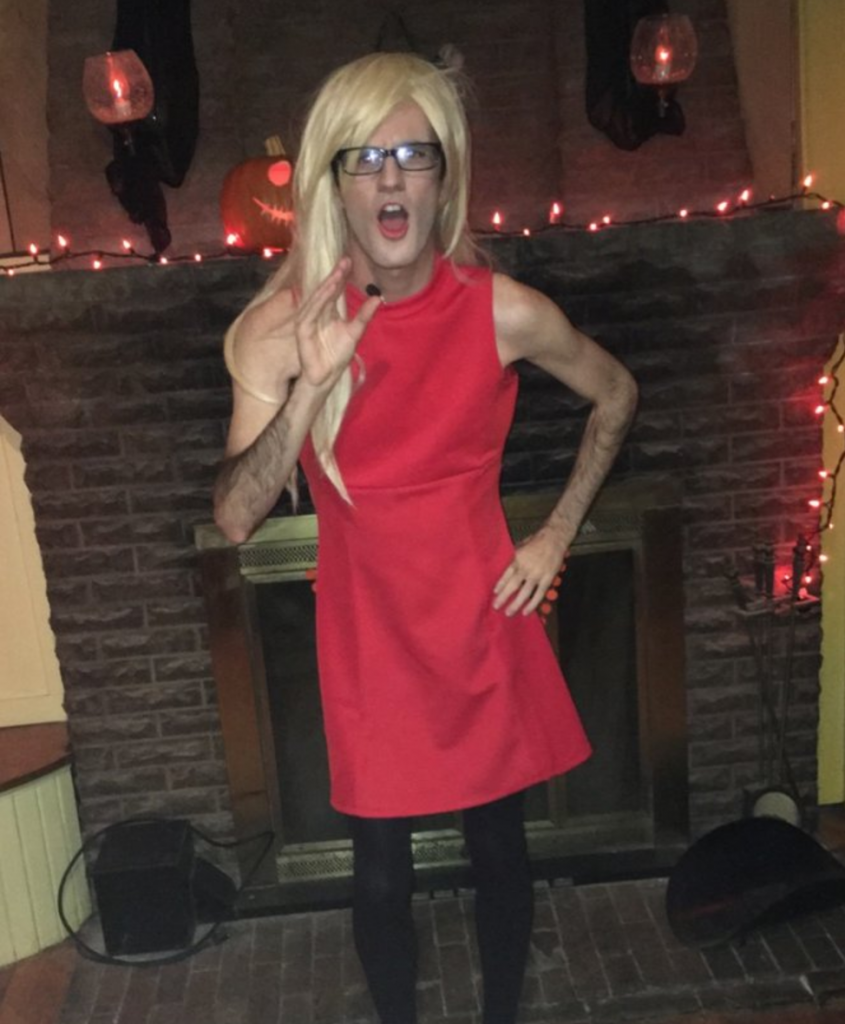 Within two hours the tweet had over 1,000 retweets and likes, two days later it’s sitting at nearly 50,000 retweets and over 110,000 likes. At the beginning, Gehring says, the responses to his tweet were positive and intelligent. As soon as the tweet began getting picked up from accounts outside of Gehring’s own followers, something different happened.

The responses that began pouring in as the tweet picked up steam were vitriolic and unwarranted. Gehring was attacked for being gay, his physical appearance and was himself called sexist for making fun of a woman who speaks her mind. Despite the negative feedback from the incident, Gehring says he doesn’t regret tweeting it. In his own reaction post, he says “Screw the haters. They are meaningless to me. Matt out.” One user even called Gehring a “transphobe” for thinking that dressing up as a woman was scary. Gehring clapped back with a simple “I think u missed the point sir.”

Gehring, who was recently featured on feminist Instagram @feminism_su, says that he absolutely supports Lahren’s right to express herself, which means he also believes in his right to express himself. Lahren herself hasn’t directly responded to Gehring’s post, instead opting to subtweet “Imitation is the highest form of flattery. Thanks! #TeamTomi”.

Until Tomi responds, we’ll be sitting in Matt’s corner, cheering him on as he continues to clapback in hilarious fashion.