‘Trump 2016’ chalked all over the tunnel steps by BBB

Some students are finding it funny

After a night of partying and celebrating Syracuse’s Final Four victory, students woke up the next morning to something completely out of the ordinary (and no, it wasn’t that we were slaughtering everyone’s March Madness brackets).

An anonymous individual wrote “Trump 2016” all over the tunnel steps leading to main campus from the Brewster/Boland/Brockway (BBB) residence halls. 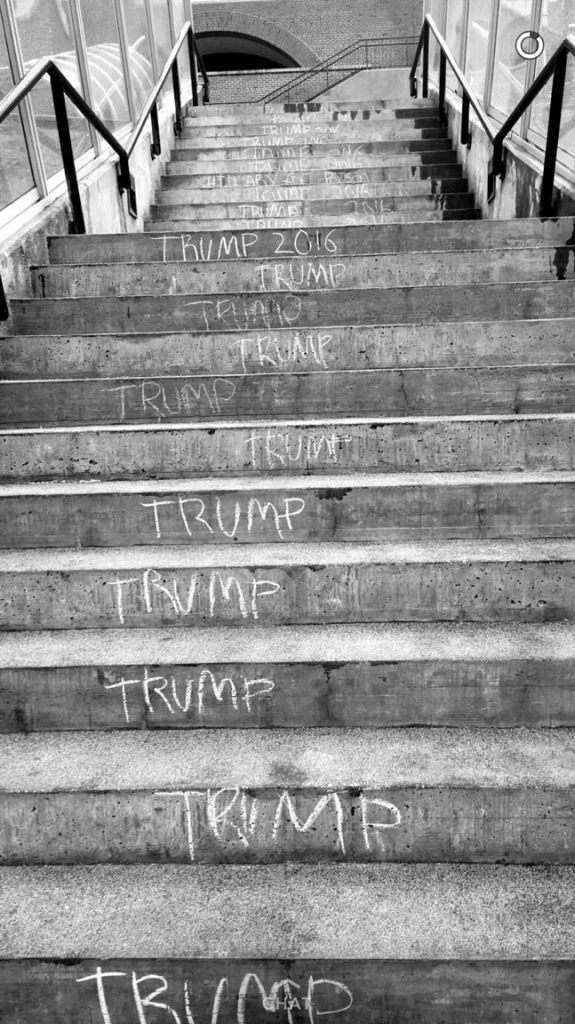 Harry VanWagenen, a freshman Engineering major, said he was surprised but found the stair graffiti to be a bit amusing.

“Yeah, it was surprising, and I personally am not a Trump supporter, but I did find it funny. It made me laugh, honestly,” he said.

However, ‘Cuse isn’t the only school in which Trump graffiti has been displayed.

Last week, Emory University’s campus was defaced with various Trump graffiti, in which some students were “traumatized.”

Who knows, perhaps the SU adminstration will follow in Emory’s footsteps and offer students “emergency counseling” as a result.