You need these new Otto the Orange emojis

Some are even free — who doesn’t like free stuff?

Syracuse is the only school with both its men’s and women’s teams left in the NCAA tournament, and there’s only one viable way to express your excitement: emojis.

For $2.99, you can buy the “SU Otto Expressions Pack.” REE creates high quality images that are bigger and more expressive than typical emoji stickers. MyWeb, a Syracuse-based company, recently launched this app and created 10 different packs that range from $1.99 to $2.99.

Michael Borkowski, a storyboard artist/illustrator based in Syracuse, NY, designed the 34 Otto emojis included in the pack, and six of them are totally free. 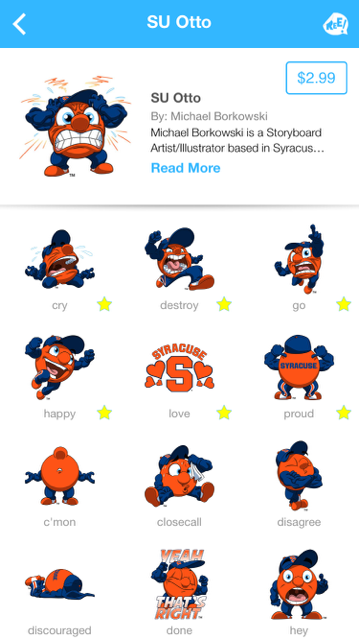 The Emojis with stars next to the title are free!

Fouad Boulos, vice president of MyWeb and REE said: “It’s a way to put stickers which are bigger and better drawn than regular emojis inside of people’s pockets and allow them to communicate in more expressive ways in social media.” 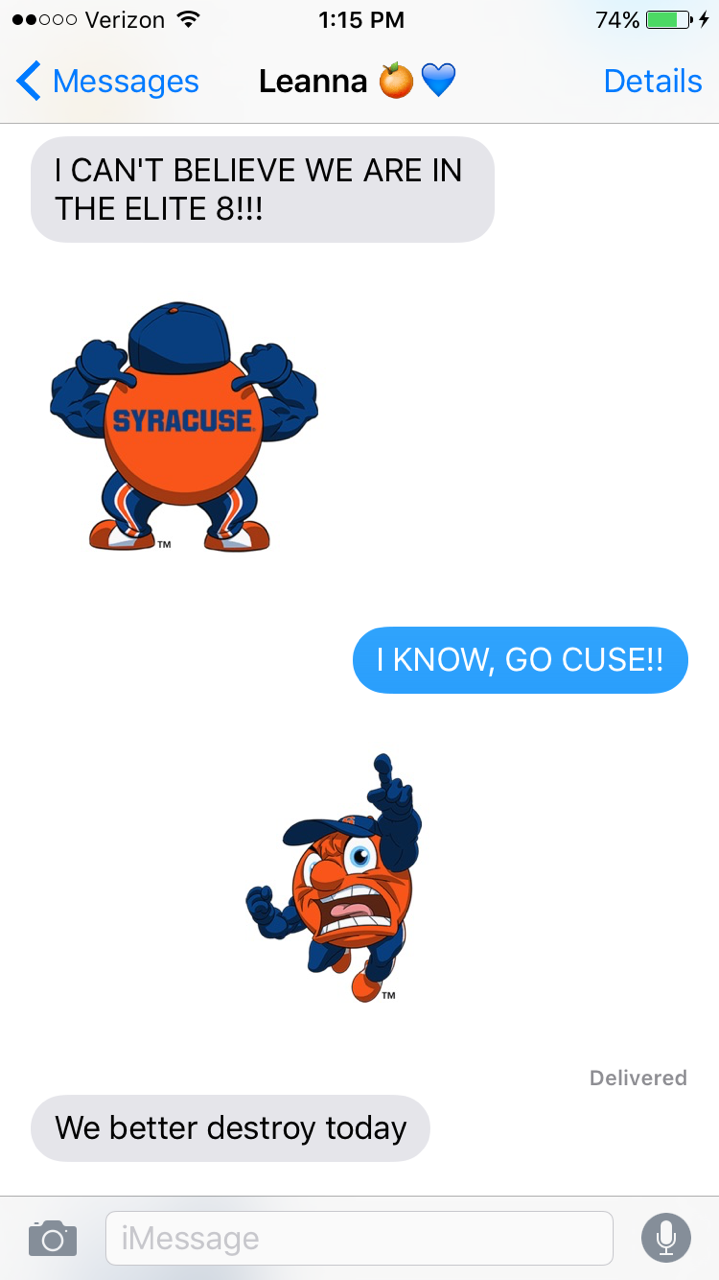 Syracuse licensed REE to design Otto stickers and MyWeb hopes to continue to be licensed by more mascots for future stickers.

“We’re moving into March Madness and our team made it which is great and the fans are very excited, so in the past few days we’ve seen a very high up-tick in the use of the app,” said John Hart, CEO of MyWeb.

So if you want to give everyone a visual reminder that you bleed orange, definitely check out the Otto the Orange emojis, and get ready to cheer on Cuse — both digitally and IRL — as we take on Virginia at the United Center tonight at 6:09pm!