Students have been suffering from the frozen window epidemic

‘I literally slept in my winter coat’

“The cold never bothered me anyway,” said no one who ever went to Syracuse University.

My situation was kind of ironic. One of my friends told me to open my window so it would not get frozen closed. I slid my window open, but decided to keep it open for a little to air the room out. Less than half an hour later, my window would not close. Suddenly, my grandma called me on the phone. When I told her my window was frozen open, she laughed and thought I was joking. To her surprise, and my demise, it was no joke. When I asked around for advice, I came to realize that I am not the only one to have this issue. 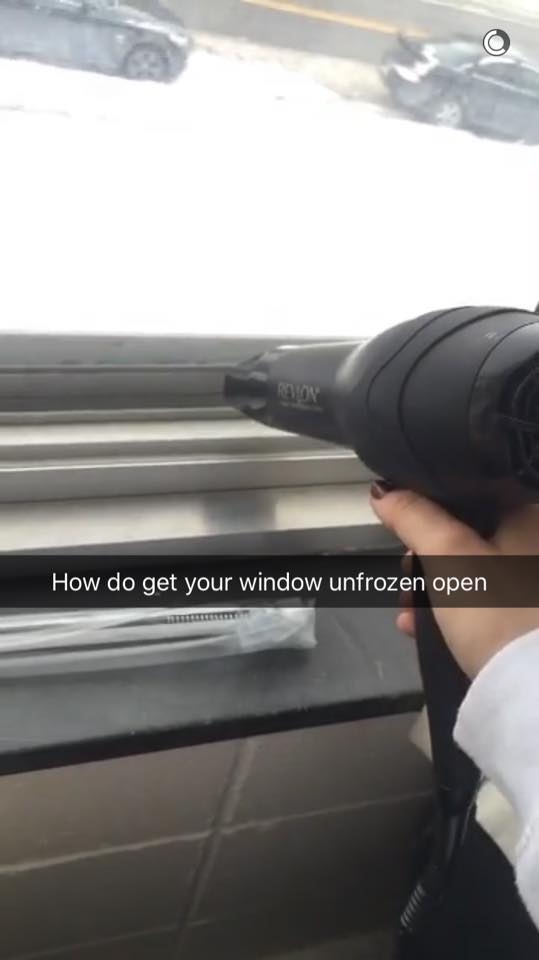 Abbigail Ziobro, an SU freshman on a prelaw track, faced a similar problem. One night, when it was a little chilly in her dorm room, she thought the heat was broken. Little did she know, her window was frozen open for several previous hours.

“Three people tried to close it but they couldn’t,” said Abbigail.

When the clock struck 1am, she gave up and stuffed towels in the window to suppress coldness from entering the room.

“Even if I tried, I would never be able to really explain how cold that night was. I literally slept in my winter coat, three pairs of sweatpants, two sweatshirts, a scarf, gloves and socks.” 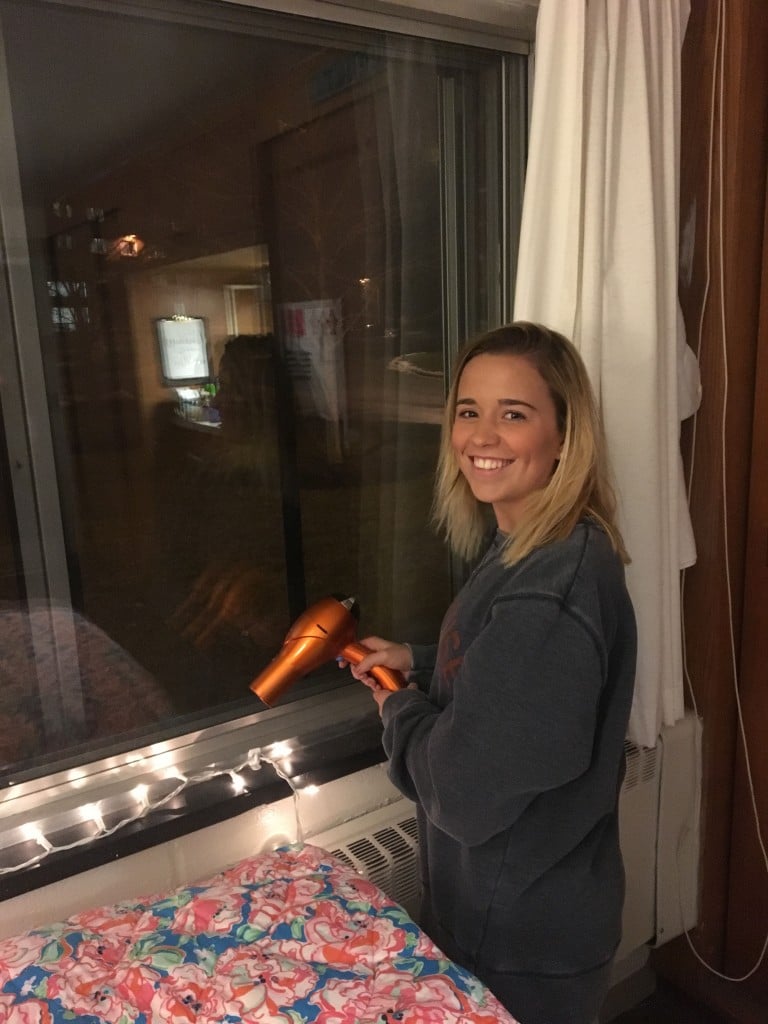 The next morning, Abbigail took her fuzzy hood off and solved the problem.

“I took my blow drier and blew hot air on the window and it worked, but it took forever! The window finally closed after an hour.”

After hearing about Abbigail’s story, and since I could not find my hairdryer, I decided to use “My Little Steamer.” In just under an hour, my window was finally shut again. Once shut, I called my grandma back and told her I fixed it, but would rather my window be frozen closed than open.