It’s hard to stay, and even harder to leave

If you grew up in Lyman, you’re probably shocked to even see the name written right now. No one cares much about a town of only 2,000 people.

It’s the kind of cramped, conservative place everyone loves to hate and swears they’ll someday escape; it could have basically been featured in the film Footloose.

Still, after the bells and whistles of my highly anticipated high school graduation faded, I was reluctant to leave my hellhole of a hometown (and I say that in the most affectionate way possible) – I was genuinely happy in Lyman.

Driving is a necessity

Lyman is nestled in the southwest corner of Wyoming, about as far west and south as is geographically possible without being a part of Utah. It is an ideal location, bordered on one side by urban areas such as Salt Lake City and on the other by endless cow pastures.

But, because of this position, you have to drive absolutely everywhere. Public transportation is nonexistent, and any other modes of getting around lack practicality, so be prepared to settle in for three-hour drives featuring nothing but sagebrush and confused antelope. 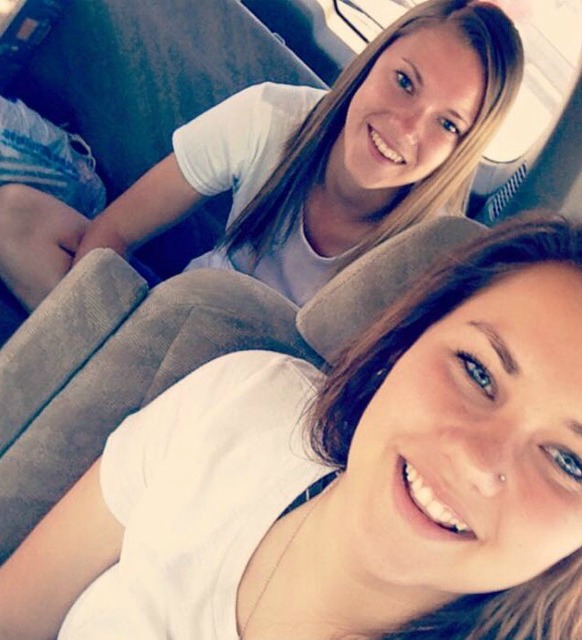 Bridger Valley is full of history

Lyman is part of a bigger area called Bridger Valley, which has a lot of history. Named after the famous frontiersman Jim Bridger, the valley features a fort that was established by Bridger in the 1840s. The fort was first used as a stopping point for pioneers, later became a military outpost, and is now a Wyoming Historic Landmark.

Tourists trickle through, especially in September when Fort Bridger hosts the Rendezvous event. The Rendezvous is like a market of sorts, a place where you can travel from tent to tent buying wooden weapons, enjoying homemade root beer, and witnessing people dressed in 19th-century period clothing (including loin cloths). 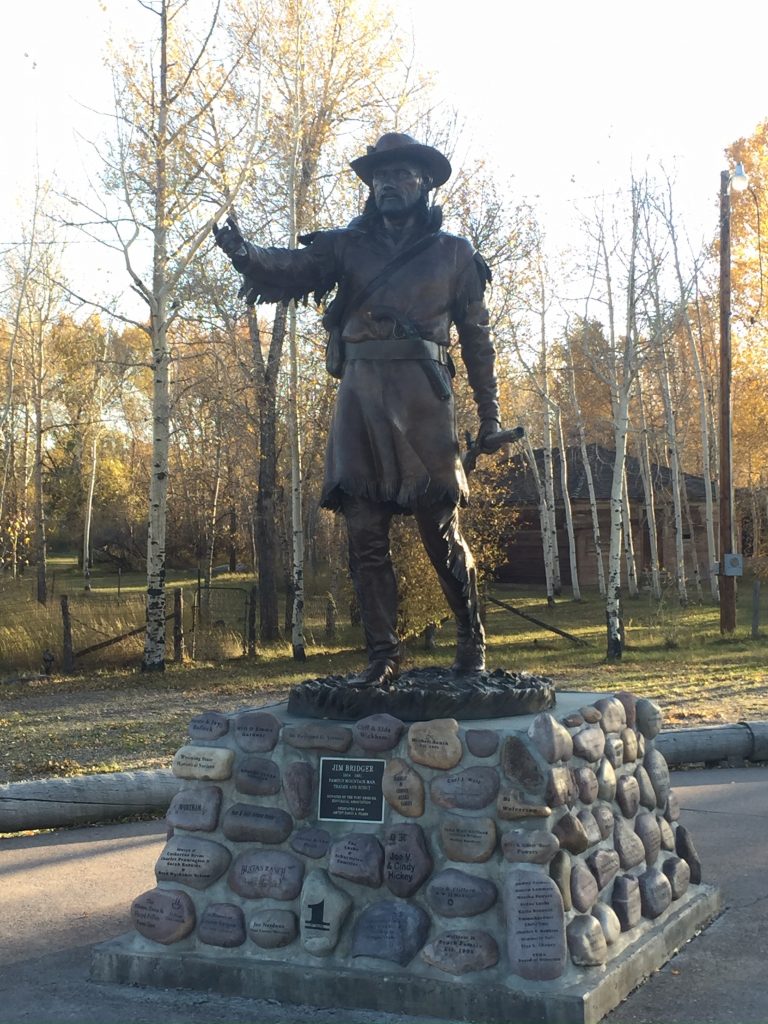 Lyman High School’s sports rock. Since Bridger Valley is comprised of more than one town, there’s an equally puny rival school about five miles away that teenagers and adults alike can direct their frustrations toward year-round.

This makes sporting events extra intense, even if it does prevent plausible friendships.

This constant conflict was the highlight of my sports career, and often the real competition seemed to be between the cheering student sections instead of the actual teams.

Could the two small schools have combined to make one regular-sized, recognizable school? Of course. But then what would our school colors be? I, for one, could never stomach wearing purple.

This is perhaps the biggest selling point of Lyman: TJ’s pizza. On the corner of Main Street is a small brick restaurant called TJ’s that has dominated the diets of Lyman students for decades.

No celebration is complete without yellow cake shakes, cheesy breadsticks, or a large pepperoni pizza. In other words, if you show up to a party bearing boxes with the Pizza Hut logo, you might as well have brought nothing at all.

The song lyrics to “White Christmas” are not nearly as glamorous or exciting when the holiday “Christmas” is interchanged with “Halloween.” In Lyman, winter begins in September, maybe October if you’re lucky.

This not only gives some Lyman residents ammunition to deny global warming, but also greatly affects the Halloween costume options that are available to trick-or-treaters. How do you dress up like a recognizable ghost when it’s below freezing outside? 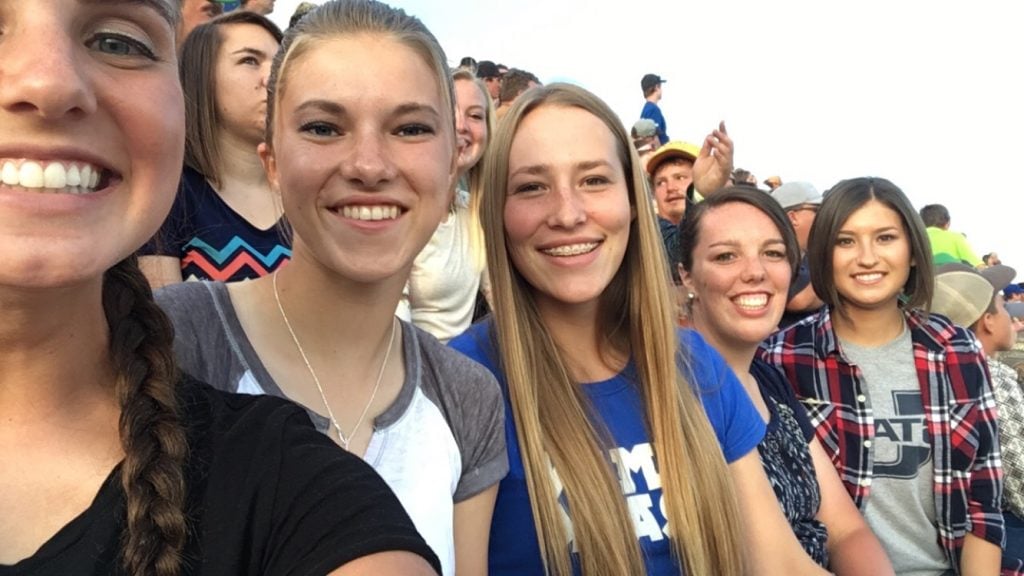 Kids have to get creative

On an average Friday night, you’ll realize that Lyman lacks the downtown scene that many other places have.

This means that teenagers have to be inventive if they are to have fun. Some kids try to amuse themselves outdoors, whether it be hunting small animals, getting drunk around a bonfire, or trying to get their trucks stuck in muddy fields (yes, that’s a real thing). 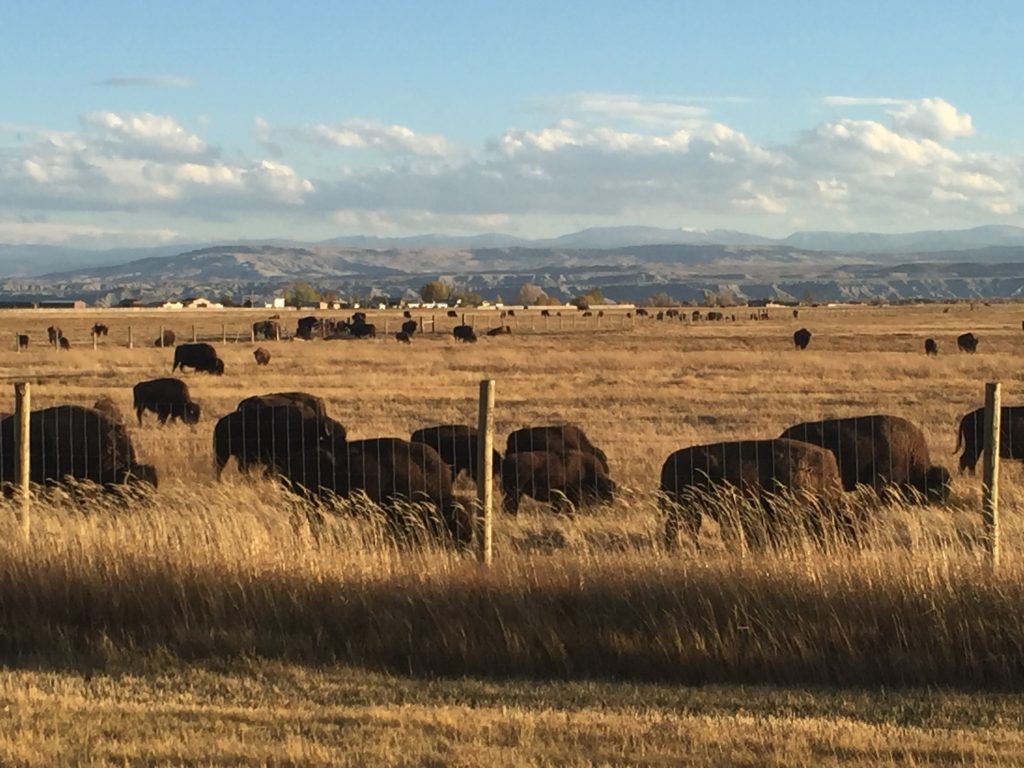 However, if you’re not into bludgeoning rodents to death with a shovel, you’ll have to find another outlet. For me, nearly every weekend my friends and I entertained ourselves with movies – lots and lots of movies.

Nature’s in your backyard

The gorgeous Uinta Mountains are only about an hour away from Lyman, but they seem a lot closer. They not only provide Lyman residents with an amazing view, but endless hours of recreation.

Whether you’re hiking in the summer, hunting in the fall, or sledding in the winter, the mountains are an integral part of the overall culture.

The “Cowboy State” is real

“Wyoming” is often thought to be synonymous with “cowboys,” and this stereotype is, in fact, quite accurate. The principal didn’t bat an eye when students rode horses to school. My friends and I used to watch the local rodeo every summer.

Also, if there ever was a traffic jam, it was probably caused by a slow-moving tractor. However, if ranches and farms aren’t really your thing, don’t worry; I lived in Lyman for eleven years and never owned a single pair of cowboy boots.

Everyone knows everyone (seriously)

Just like one of those sappy movies you see on the Hallmark channel, Lyman is a place where you are acquainted with just about everyone. Everyone watches each other, supports each other, and, yes, gossips about each other. The word of mouth around Lyman is incredibly efficient, so it won’t take long for your best friend’s grandma’s dentist to know that you’ve had your first kiss.

Privacy may be difficult to come by, but the love you receive from the community as a whole is unlike any other place I’ve been.

I’ll admit it: it’s been incredibly hard to leave Lyman. It’s my hometown. It’s a major part of my identity that I cannot separate myself from. It was there that I was happy, I was loved, and I was encouraged to become the woman I am today.

So, although Lyman may have been at times small, limiting, and frustrating as hell, I wouldn’t have wanted it any other way.