Knowing my blackness at Stanford

In a white world, I was taught to believe black was not beautiful or intelligent

I always knew I was black.

I knew what it meant for my personal identity. And as I reached high school, I realized what else it would come with. It meant people would overlook me because of the color of my skin, that when I was with my non-black friends, they would point to me in order to validate their statements of “I have a black friend”, that people would discredit my achievements because I was two shades darker, that friends would automatically fear coming to my house because I had one too many black neighbors, that in a white world, I was taught to believe black was not beautiful and that black was not intelligent.

In light of the recent events at Yale and Mizzou, being at Stanford has helped me to see what being black means and the current stance of race relations at Stanford.

There is a system in place that fosters institutional racism. One Stanford alumni describes it as “not this explicit thing. It’s not like a white person is like ‘I hate black people’ [but rather] this system that we are all a part of”. It’s this way of thinking that is so embedded in our society, we are not always aware it is happening. It’s when people in my high school would generalize a race and make comments like “black people are like this” or “you look black today” because their idea of an entire race is formed by MTV and other stations depictions of it. It’s this idea that black college graduates are twice as likely as whites to struggle to find a job or that a black man is three times more likely to be searched at a traffic stop. 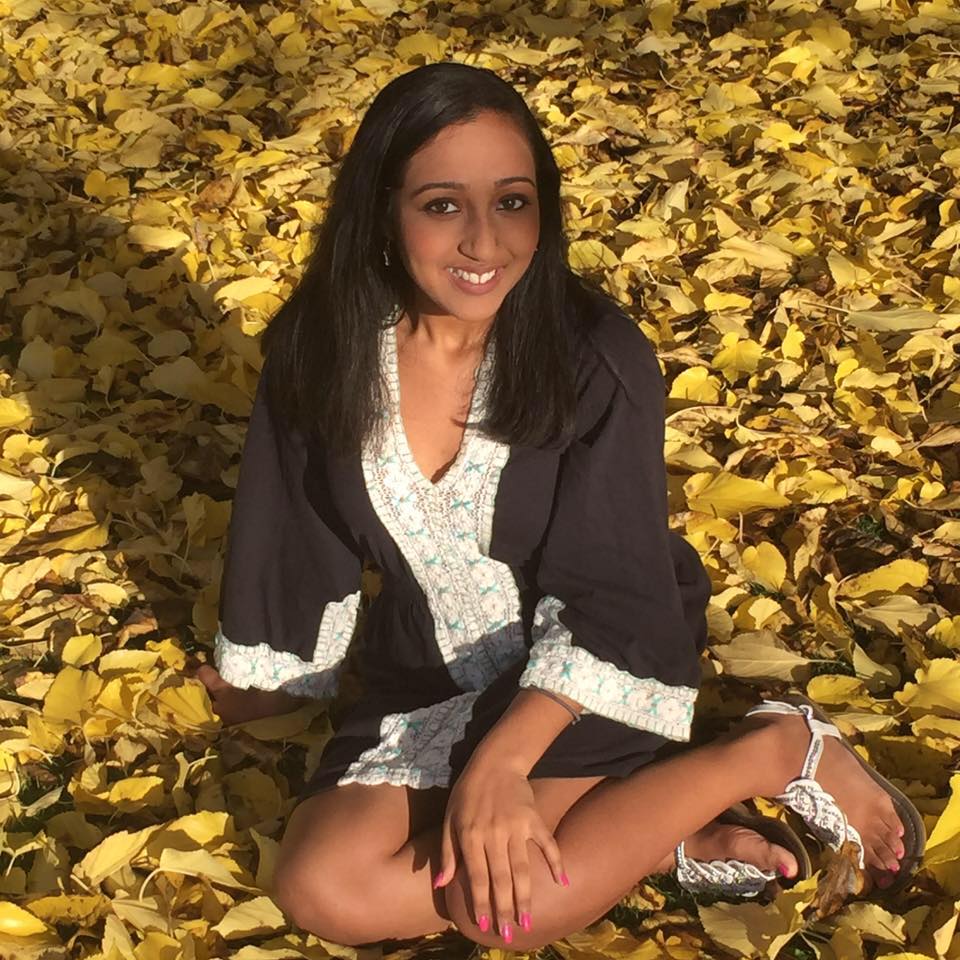 It’s the implicit association of black Americans with more aggressive behavior and labels given like “thug” or “ghetto”. Institutional racism is the very basis that leads people to view being black as a fad, a theme for a party or a Halloween costume, and see nothing wrong with it.

Perhaps the most problematic aspect of this form of racism is its implicit nature that allows us to remain complicit. How can we fight against something we don’t know is there? At a university that prides itself on diversity, it’s easy to write off the events at Yale and Mizzou as exceptions, to move on as the media adjusts its spotlight and, as one Stanford student puts it, to believe “the events are over, now everything is done, racism is solved” when in fact it is much more complex than that.

At a university where 57.5 percent of students are of color, we exist in this Stanford bubble, as people like to call it, where we are under the impression that race isn’t an issue here. But at Stanford that’s only the surface layer. The mentality of institutional racism allows us to believe because of multiculturalism, racism is something that doesn’t exist on campus. It has allowed us to create a safe distance between us and the issue at hand. 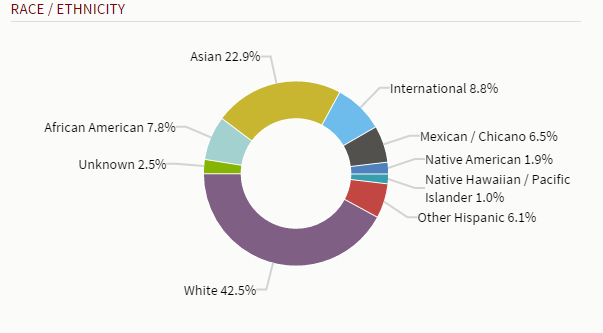 But look around. The issue of race is as prevalent here as it is anywhere else. We see that in the lack of diversity in faculty for various departments. 2014 statistics show only 2.3 percent of faculty identified as black and a total of 23.6 percent were non-white. We see race play a role in the amount of publicity campus events receive. Fossil fuel divestment, while a great cause, remained under the spotlight and in school publications for weeks, while the blackout in solidarity with Mizzou received a single day. It’s race relations such as these that begin on college campuses that lead to the more escalated forms of racism in police brutality and further implicit forms in stereotypes that in the past have proven to be fatal. 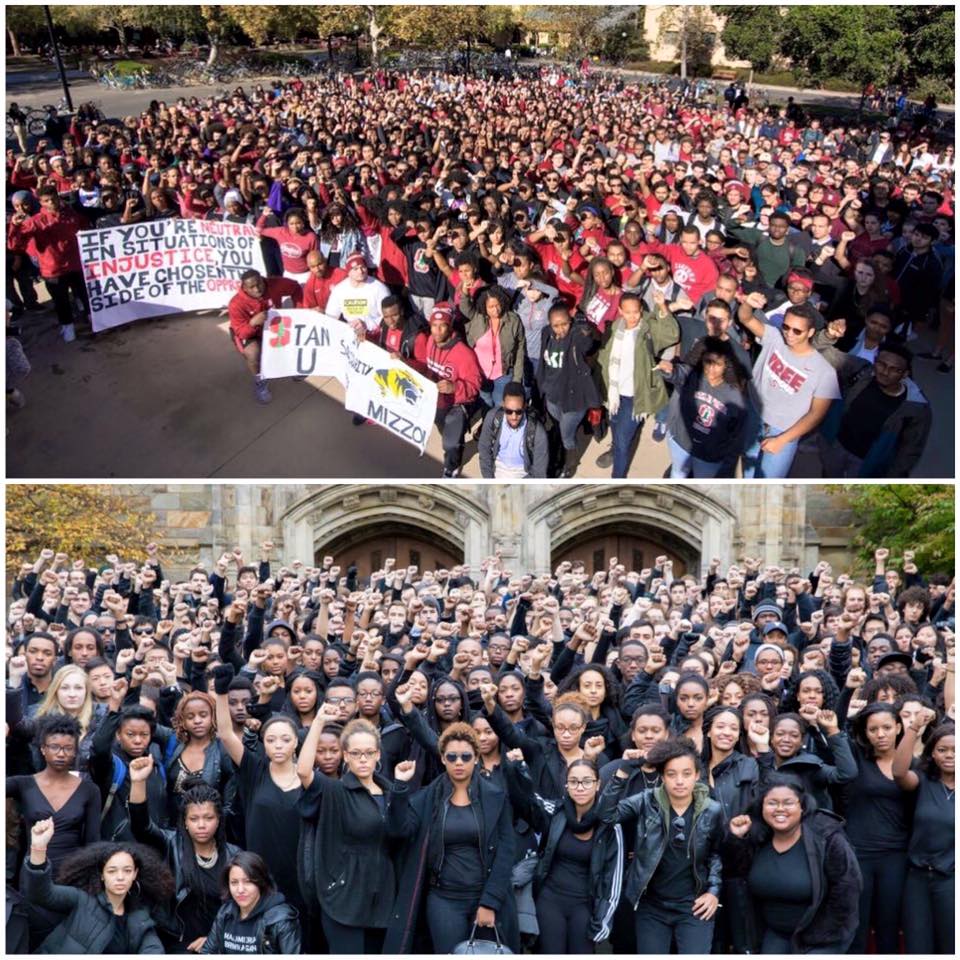 In some aspects we deal with the same implicit forms of racism that exist at Yale and Mizzou and while currently the explicit nature isn’t as obvious at Stanford, what if it was? The Stanford bubble makes it easy for us to focus on that next midterm or finish that next p-set because the issues don’t seem to have reached us.

But I urge you to rethink the structures that form your opinions. It’s easy to dismiss conversation as something that won’t work but that very mentality may have been shaped by forms of institutional racism. So, rethink the role race plays in those who you interact with, challenge your friend the next time they say something as charged as “oh she’s pretty for a black girl”. Interrogate what institutions form that definition of beauty or of being black. Because it is from this questioning and discussion that we can best challenge the structure of institutional racism, the racism that hides in the neutral language of diversity and multiculturalism.

The most change occurs when we approach those with different views in an “empathetic and kind way [and it is when we] really give peoples’ stories [we] find that people are very receptive”. It allows us to educate each other in the injustices that still exist and, as one Stanford student puts it, “to expand cultural humility [and] rather than accepting ‘it’ exists, understanding what ‘it’ is”.

This campus is our stage for starting these conversations. It is the place we can spark discussion for a system of institutional racism that is too often ignored. By standing in solidarity with Mizzou, Stanford students have brought the discussion to campus, but it doesn’t stop there.

Institutional racism and white privilege were described to me as “a conveyor belt that we are all standing on” and on this conveyor belt there are people who “are running along with it shouting racist things and actively perpetuating it” and there are others who stand there and argue that they are not racist.

But in order to actually solve these problems, we need to have conversations, educate ourselves, tell stories, and actively run against this conveyor belt that so many people deny even exists.