‘I could see that we were just being numbered. You’re just one of five girls that I might fuck tonight’

At the start of her first year, Rebecca Koblin was forced to learn about the harmful dynamics of party culture on campus. Armed with a group of friends, male and female, she hit the dark, dingy New Brunswick streets made lively by the weekend party-going crowd. At the door of the night's first fraternity party, the group's men were faced with the fatal question, "Where's your ratio?" It was then that she was first stripped of her protectors, the male friends who made her feel comfortable and safe. The reason for this was never unclear to Koblin.

"We're literally meat to them. We're nothing. It's not like they're saying, 'You guys have great personalities, come on in'. It's just to heighten the odds for them," the now-sophomore said.

Fraternity ratio is a practice where brothers of a fraternity require that each man outside the brotherhood bring with him a certain number of women to parties. These women serve as an entrance fee for the man they accompany. This ratio often fluctuates depending on the popularity of the party and is often the bane of every first-year boy’s existence.

Although you will have no trouble finding a college man complaining about ratio preventing him from partying, or even a college woman sympathetically deeming it unfair to the guys, the practice’s effects on women are often left unacknowledged.

According to Brady Root, Prevention Education Coordinator at the Rutgers Office for Violence Prevention and Victim Assistance, ratio is “absolutely a part of rape culture.”

Root said, “We’re treating women as if they’re currency where you have to have a certain amount of them to get in or if you don’t then ‘just pay us 10 bucks’. You’re almost directly equating human women to money.”

Root also spoke about the more personal effects of ratio on female students and their self-esteem.

“Part of it does lead to people not understanding how serious the issue of sexual violence is or leads to women feeling degraded and feeling uncomfortable but maybe not even knowing why… If we’re making women feel like they’re less than, that’s often where a lot of perpetrators prey.”

In the age of the Harvey Weinstein scandal and the #MeToo movement, the issue of sexual assault has become cemented in the media’s focus. With countless women coming forward as victims of acts perpetrated by powerful men it’s hard not to think of the everyday harassment that women on our campus face. One blatant reminder comes in the form of this age-old fraternity custom that has never sat right with me. 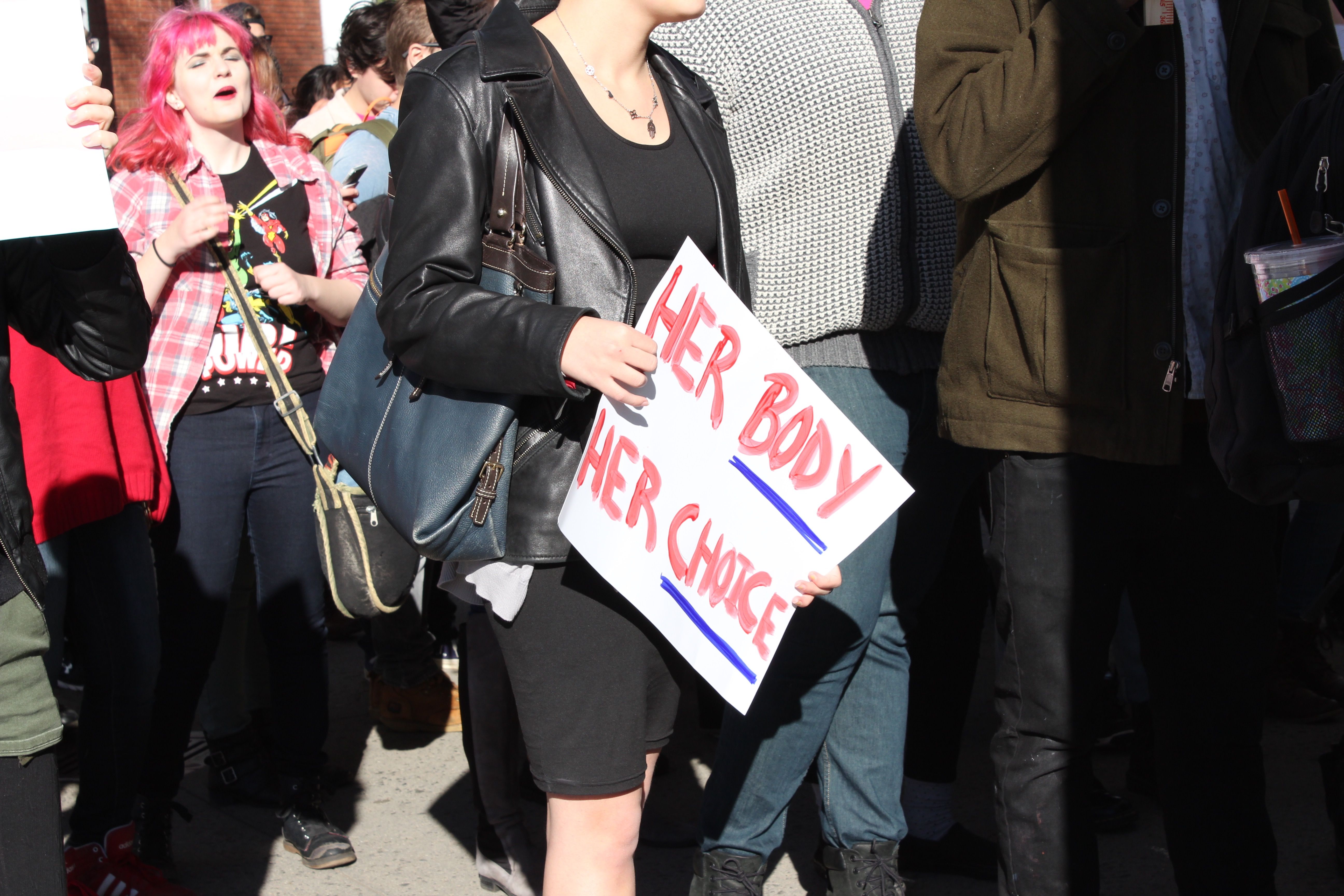 I spoke with three female students, both involved in Greek life and not, and found that I was not alone in feeling this way. Their stories made clear the fact that women on campus are no longer ok with what is going on.

Sarah Lewis, a senior and member of a sorority told me: “The first few times that it happens, it’s flattering, but then you realize that the men are really just using you. That plays into the culture of using women at parties. It’s a reverse of the power. Women feel powerful going into the party and feel confident. I think sometimes, men use that to their advantage when they try to hook up with girls that aren’t that into it.”.

“You feel like you’re an animal in a cage or something, it’s not fun.”

Last year, Rebecca Koblin wrote a spoken word poem about her perception of ratio, entitled 1:5. She performed the piece at several open mics on campus and was eventually published by The Rutgers Review.

She told me: “You’re just siphoning women into these frat parties and you’ve separated them from their groups. I think in terms of sexual assault and violence, it’s definitely making that way more possible to happen… Not all women are prepared when going into a frat. I know as a freshman I wasn’t like, ‘Let me bring my mace and make sure I’m on the ready’, I was just like ‘I want to go out and have fun with my friends’."

"I could see that we were just being numbered. You're just one of five girls I might fuck tonight," Koblin said.

Not only is ratio making women uncomfortable, it is actively teaching college men exactly how not to treat women.

“What does that say to that guy when he has to go collect five women to be able to go to the party that he wants to go to. Does that tell him that women have value? That they’re important and they matter?” Root said.

“Or does that tell him that as long as he has 5 human beings who identify as female behind him he’ll be able to get into a party and that’s all that matters?”

Several studies have found that sexual assault is a possible consequence of this objectification.

In October, over 2,000 Rutgers students gathered in the College Avenue Gym to witness Joe Biden speak about sexual assault as part of his “It’s On Us” campaign. Students aggressively cheered for President Barchi’s decision to uphold Title IX despite the Trump administration. Students audibly sighed when statistics of sexual violence were read; one in four women will experience attempted or completed rape in their four or five years of college, fraternity men are three times more likely to rape and sorority women are 74 percent more likely to experience rape.

Clearly, students care about these issues. So why do we continue to tolerate the outdated practice of ratio?

Ask any frat boy and you will receive the same answer.

“When you’re actually in the organization it starts to make sense. If we just let all the guys in it would be all the brothers plus a bunch of guys. I don’t know if people want that. Usually we don’t go for something like that, where it’s just a whole party of guys,” said Connor Robertson, Rutgers junior and fraternity brother.

Although frustrating, ratio does serve a purpose for students. Still, there are plenty of ways to create a mixture of genders at parties which do not contribute to rape culture and heighten potential for sexual violence.

Robertson explained the concept of guest list parties, which have been becoming increasingly popular among fraternities at Rutgers.

“If you just do guest list you know the people that are coming, say if every person in the fraternity invites five people and then lets those five people bring a couple people, then you kind of have a gist of who’s going to be at the party, instead of just a bunch of randos,” Robertson said.

Not only does this practice NOT objectify women, it also makes things easier on the fraternity.

“At the door it’s easier because you’re not struggling with people trying to get ratio, you have less of a crowd at your door trying to get the numbers. People are more pleasant coming in, too.”

In theory, this all sounds great and if every frat adopted it, the party scene would be very different. But in practice, it’s hard to tell how many students want to bring ratio to an end.

Brady Root of VPVA, expressed hopefulness that students will soon accept ratio as a problem that can no longer be ignored. Until then we are stuck with one of Rutgers’ most troubling and dangerous equations.

“If the equation is get as many women in here as possible get them as drunk as possible have equal amount of men so he has a woman he can go after, thats an equation that doesn’t really equal consent," Root said.