“Hands down the most positive and easygoing person I have ever met”: A Tribute to Moustafa Ahmed

He was hilarious, care-free, kind, loving, and most of all an amazing and treasured friend.

Moustafa Ahmed/”Moose.” Never took out the garbage, but made up for it with his ability to be in a constant good mood.

Just to give a little background, I’ve lived with Moose from Sophomore year up until now as Senior. We had already kind of established our group of friends, and when the 3rd room in our suite on Busch had an empty slot, we were extremely nervous of who might be the random to move in. We tried to find someone we knew, but before we could, in walks this tall kid wearing a J-Cole hoodie and black joggers, and a big goofy, but infectious smile. I’m sure we were pretty stand off-ish at first, we had our group and weren’t looking for another friend but he snuck his way into our lives and became our brother, living with us for the next 2 years.

He was just finishing up his internship at Burpee MedSystems and about to start another one at Johnson & Johnson while pursuing a degree in Mechanical Engineering. We envied his ability to have so much fun and yet still be able to be successful with his career goals.

His passing is one we’re still having difficulty processing. 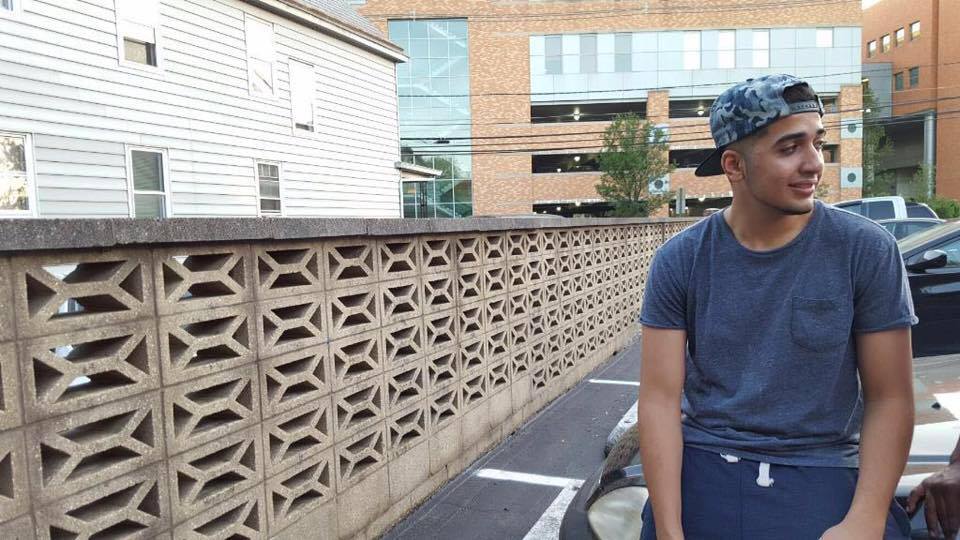 Everyone who knew him has something great to say about Moose. Here are some statements from just a few of his many friends:

James Levin: “Moose always had a big smile on his face which exemplified his attitude towards life. He was always happy and he truly lived life to the fullest. Whenever you needed someone to talk to, or just wanted some company he was always there. I’ll never forget how he played darts; the darts flew across the room landing haphazardly along not only the dartboard but the rest of the wall as well. Despite this, he usually managed to win and more importantly he lifted everyone’s spirits. His happiness was infectious and it spread throughout the house. He will truly be missed and I will never forget his big goofy smile.”

Mo Alhayek: “Moose’s carefree and high spirit attitude brought people together and made them happy. Whenever you want someone to talk to or hang out with, he never hesitated to say yes. You could ask him to do anything with you and he would almost definitely respond with two words: “I’m down”. That’s who he was; someone willing to please others and try new things. A few weeks ago he and I were talking and he said to me “you need to step out of your comfort zone.” That’s something that has stuck with me ever since and greatly affected the way I make decisions. He changed my life tremendously for the better, and for that I am forever grateful.” 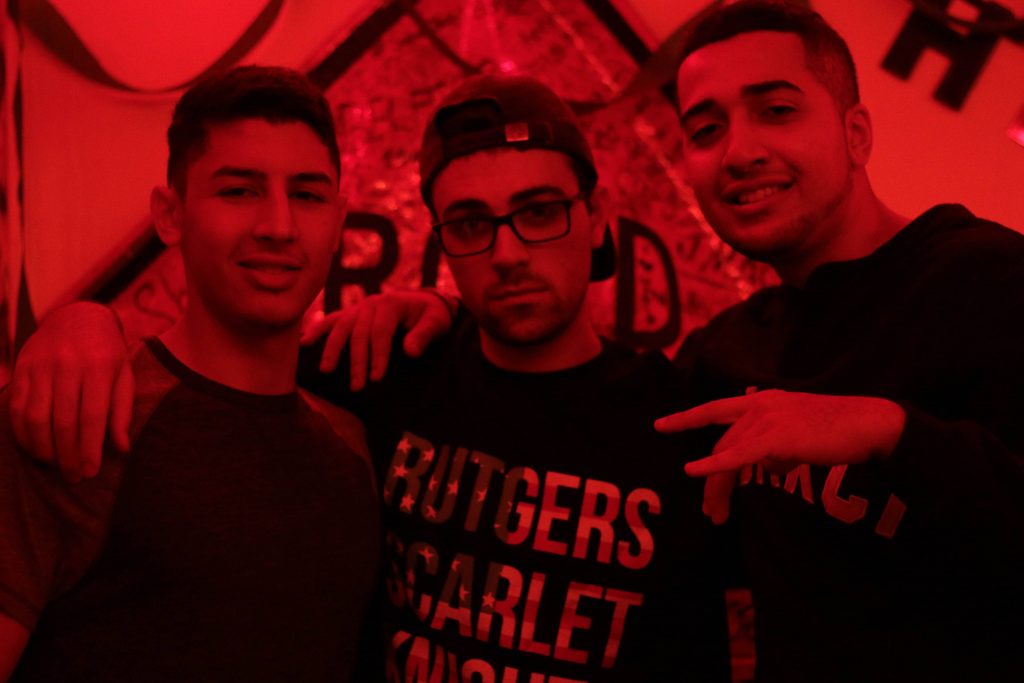 Jon Arnold: “Moose was that care-free guy with luxurious eye brows. Never met a guy who would come home from his 9 hour internship and commute, and be down for any little adventure we’d all plan last minute. He and I always matched for our birthdays which we’d both quickly clarify was on accident, but then later on purpose to perpetuate the tradition. When the house was tense with the stress of school, it was he who’d be there to joke around with and change the mood. He had many defining qualities that set him apart. He’ll always be not just one of my boys, but my brother.” 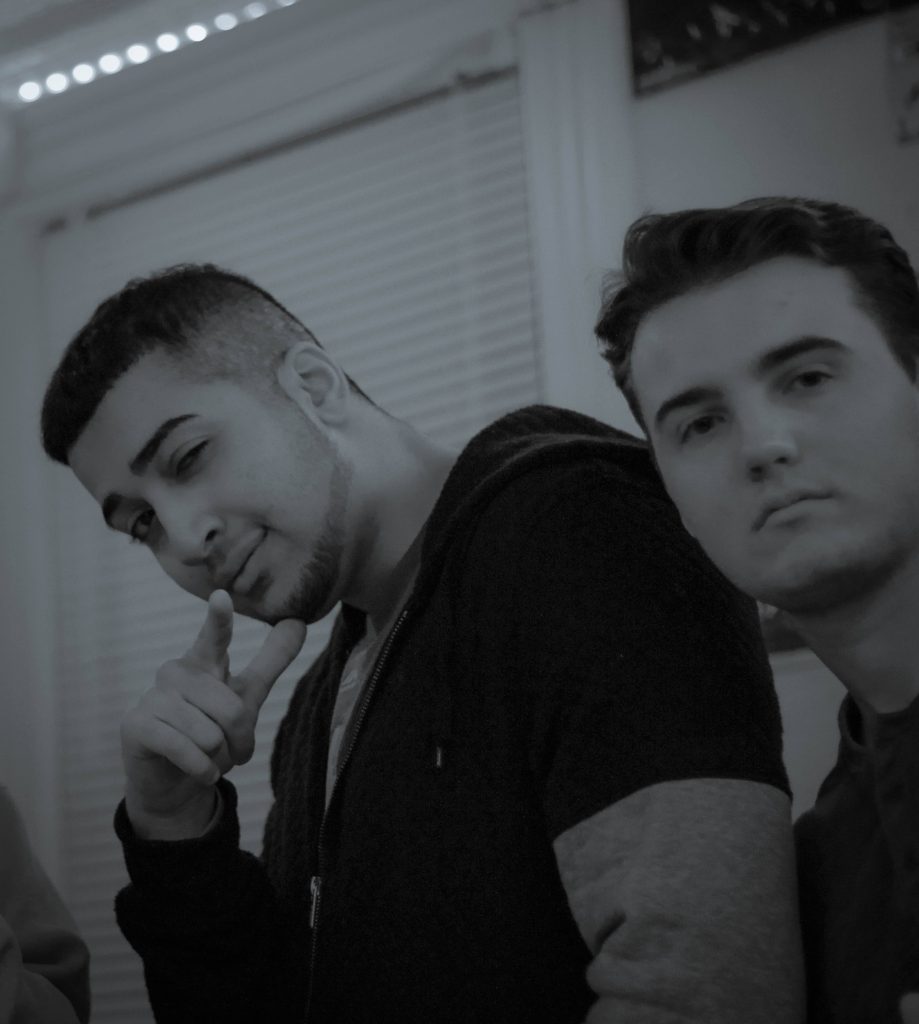 Alex Laguta: “Moustafa was hands down the most positive and easygoing person I have ever met. He was always there for anyone that needed him. I will never forget the memories we had together.”

Sean Olejar: “Moose was the goofiest, kindest, most selfless person I’ve ever had the pleasure to meet. Of all the people in the world he was the last who deserved to go. But the impact he left on me and all those around him was real, and hopefully we can use his memory as a beacon to keep guiding our lives forward.” 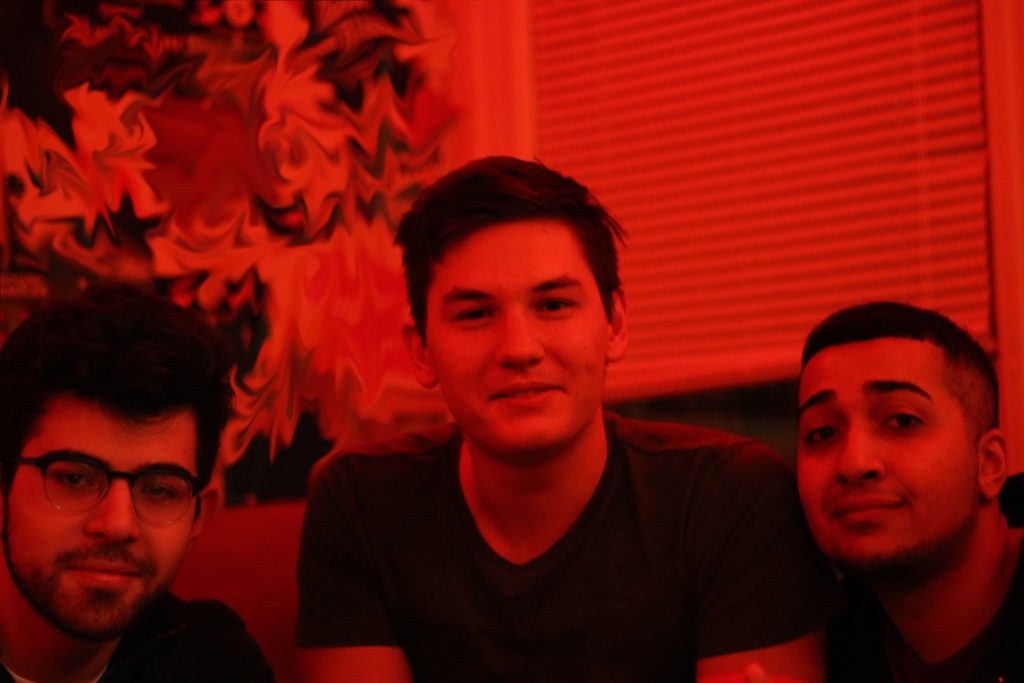 Brendan Ng: “He became my brother.  Moose’s smile could change my whole outlook on a day.  I’ll miss him more than words can describe.” 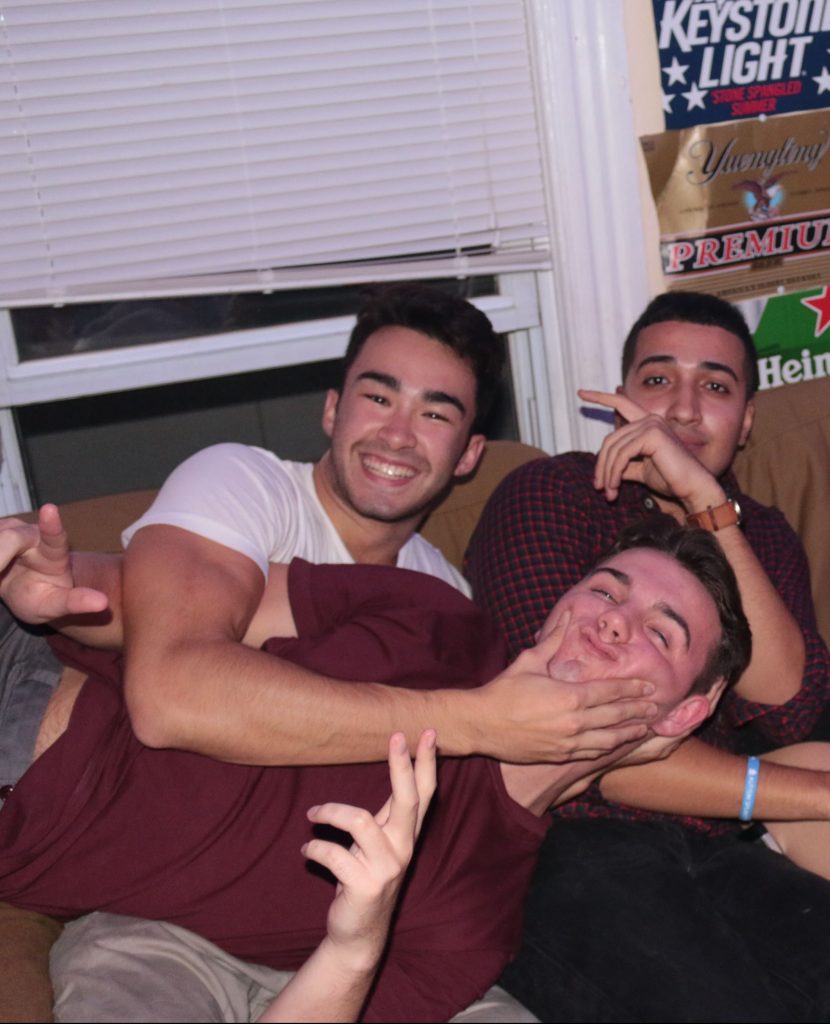 Brian Monticello: “Moustafa was the most gentle hearted and kind person that has ever entered my life. I remember the first time I met him freshman year in Barr hall, he came over my dorm with a few of his friends to hang out with me and my roommate at the time. He barely even knew me, but he was extremely nice to me and we instantly became friends. And I think that’s one of the best qualities of Moustafa that everyone remembers. The fact that no matter who you were, or what you did, you were always a friend to him.  And ever since that day I met him freshman year, all the way until living with him junior and senior year, he was always an example for everyone on how to live life to fullest and to focus only on the positive. And that’s something that has changed me for the better that I’ll forever be grateful for.” 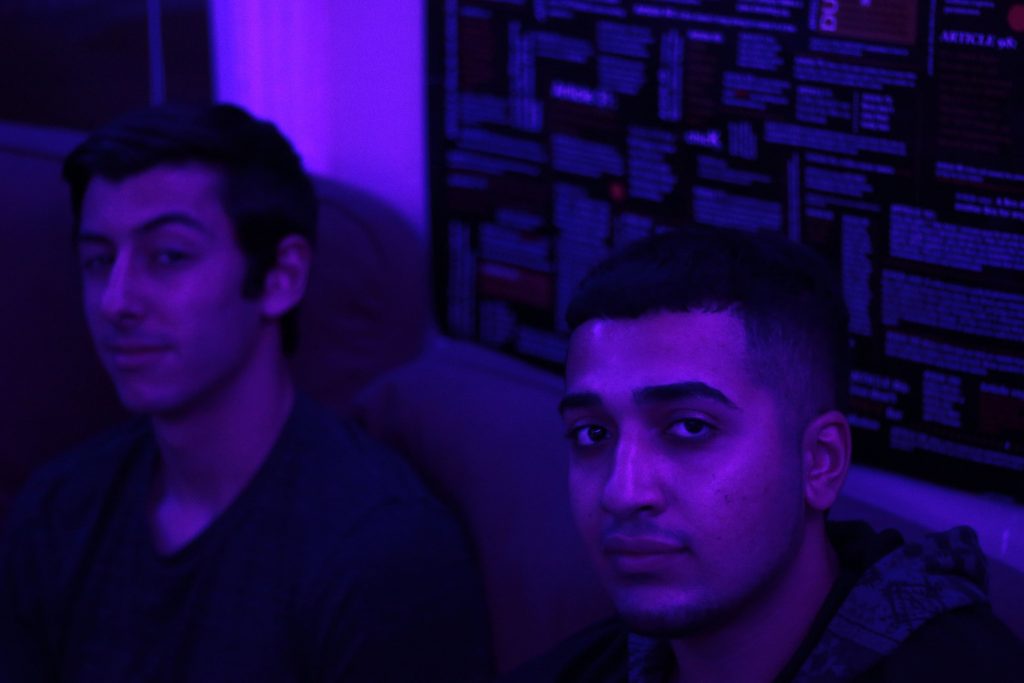 Youseff Hijazi: “Moustafa was a beloved friend for so many people. He was always so happy and care-free. His positive energy was very contagious to be around and he made his family and friends very proud. Moustafa will be dearly missed by so many. May he rest in peace.”

Charlton Thompson: “I became friends with Moustafa during EOF, a summer program before coming our Freshman year to Rutgers. This was when we formed our EOF “Squad” group, which with time became more of a family than just a group of friends. Instead of studying when we should have, many times we found ourselves playing FIFA or 2K! Mous was always happy and looking to have fun. He was a great friend and the “Squad” will miss our brother.” 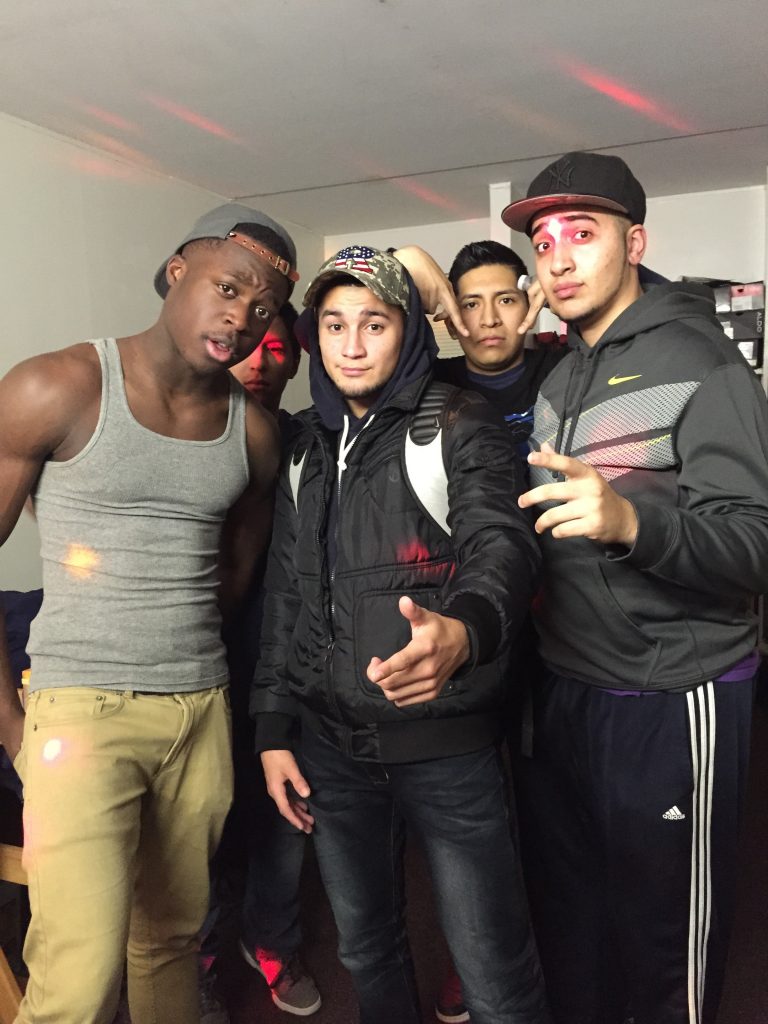 Rima Ray: “I met Mous his freshman year of college. I still remember how funny he was, and how when he smiled his whole face lit up. Mous was like that.. always positive, always happy. Over the years we became better friends and I really saw him grow into this amazing, kind,  funny, and just plain all around awesome man. Mous was the definition of a genuine pure hearted soul. He would always have a smile on his face every time I saw him. That’s all I think of when I think of him. That million dollar smile that could cheer you up in a second if you were sad or angry. His smile was infectious. He always had this positive energy surrounding him, and everyone that was around him felt that. Mous motivated me to be happy, to always have a positive outlook on life and become a glass half full kind of girl. For that I am forever grateful. My heart hurts. The world lost a kind, strong, ambitious, loving man. To know Mous was to love Mous. Until we meet again, I will always carry the thought of Mous in my heart ❤️” 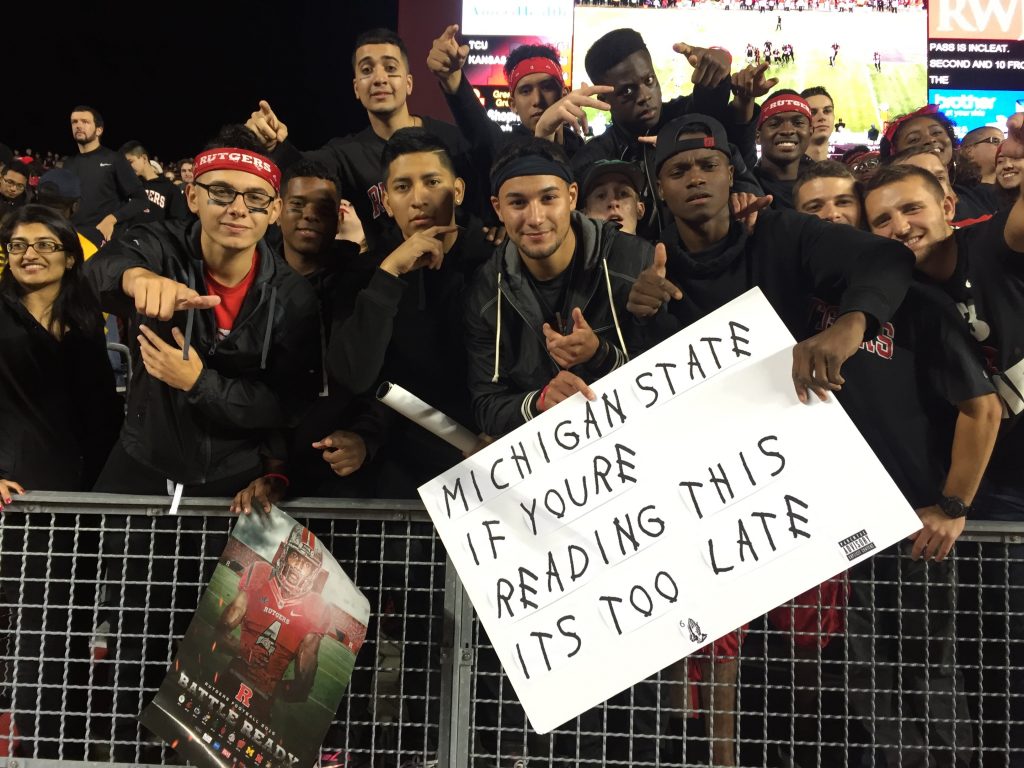 Quadri Lasisi: “Moustafa Ahmed was a class act individual.  He consistently saw the good in any situation he came in contact with.  His cheerful personality was contagious; it was simply impossible to carry a bad mood when in the presence of him.  Due to this talent, many people sought out Mous in time of emotional trauma.  His gift of lifting the spirits of those who were around them was unparallel.  He knew when to speak, and he knew when to just listen.  Moustafa was allergic to stagnation; he always strived for self-improvement.  He worked for Burpee MedSystems and obtained another co-op at Johnson & Johnson – one of the most sought-after companies in the world.  He had so much untapped potential, perhaps the world wasn’t ready for the things this man would accomplish.   Moustafa Ahmed, was a promising mechanical engineering student, a loving son, a caring brother, and on a personal note, he was my best friend.  The memories, life lessons, and thoughtful moments that we shared will further reshape my life for as long as I live.  All I can hope for is to continue to the legacy that Moustafa Ahmed left behind.  Until we meet again, my friend.”

Rhemmy De La Rosa: “Moustafa G. Ahmed and myself first met through the EOF program in the Summer of 2014. Moustafa was a hard worker and reliable friend. When we were placed in the same group for our symposium and NextGen research project he would always contribute great ideas and we would share laughs and enjoy the time. Moustafa went from being a shy individual to an outgoing extrovert during his time here at Rutgers. He was the type of individual that wouldn’t quit and was going to achieve his goals no matter the circumstance. He loved to play basketball, workout and hang around friends. He would also always laugh and make jokes , he was always fun to be around. A well respected individual, reliable friend and an amazing soul is what Moustafa was. He will always be remembered for the positive and outgoing person he was.” 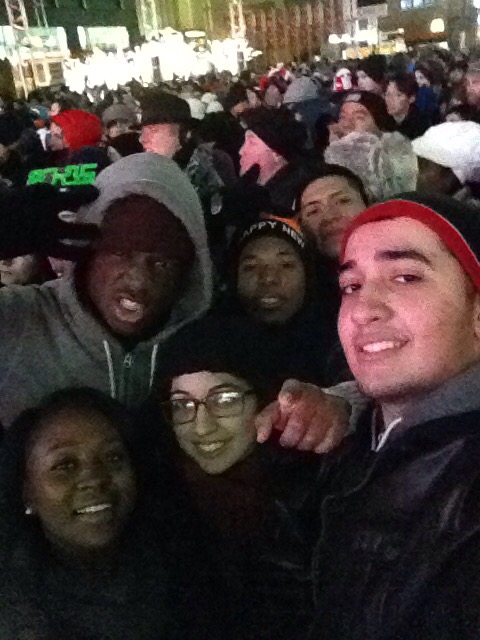 I only reached out to 4 or 5 people asking for a few words about him, which turned into countless emails from people I didn’t know. They all felt compelled to say something about Moose because they loved him so much. Unfortunately I don’t need to remind the people who were close to him, but for anyone else, hold your loved ones tight and never let them go a day without knowing you appreciate them, because they could easily be taken away from you at any point.

Reflecting back on everything, I laugh more than cry, because there are just so many stories he left us with to smile at. Even when we all went to the service for him, all I could think about was how he’s probably laughing his ass off watching some of us uncultured white kids almost snap our ankles in half while trying to participate in the Muslim prayers.

I don’t think he knew it would, but his effect on us is something that will last a lifetime. You could always count on him, and that’s such a rare characteristic to have. He could put aside his own stuff going on that might have been bothering him if someone needed a friend to just play video games with after a long day. It’s simple, but it said a lot about him. He became one of my brothers, and I can’t think of a time that he wasn’t there for me or anyone I know. Sometimes at 2 a.m., I really needed a friend, even if it was just someone to watch TV with. Sometimes I was going through something and needed to get my mind off things, and Moose was always down to be that friend. 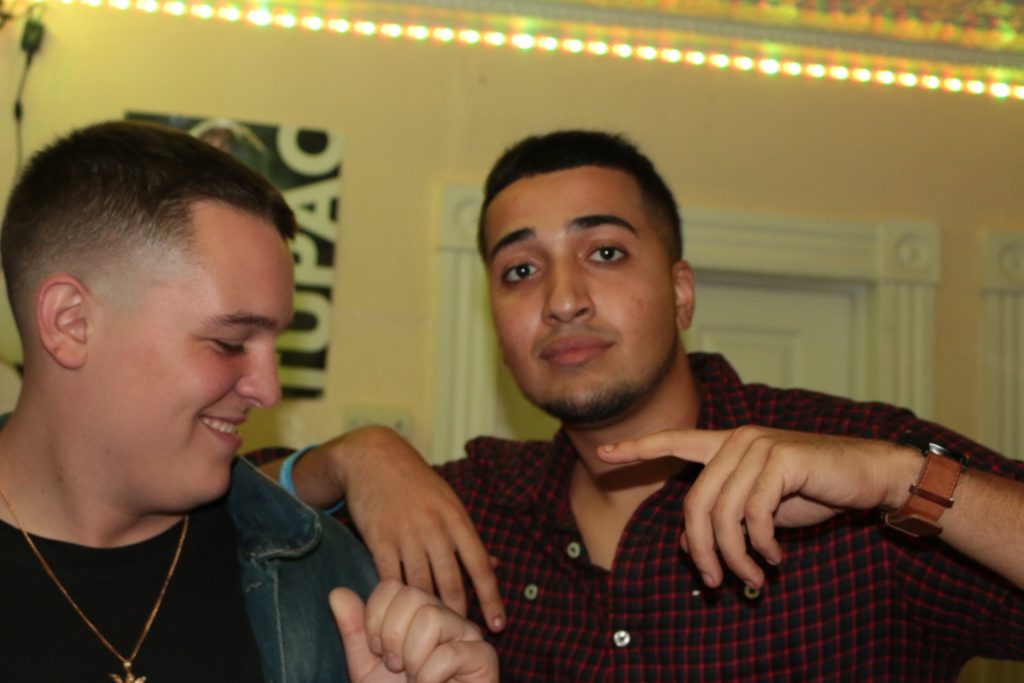 For all this and more, we love you forever and always, Moose. 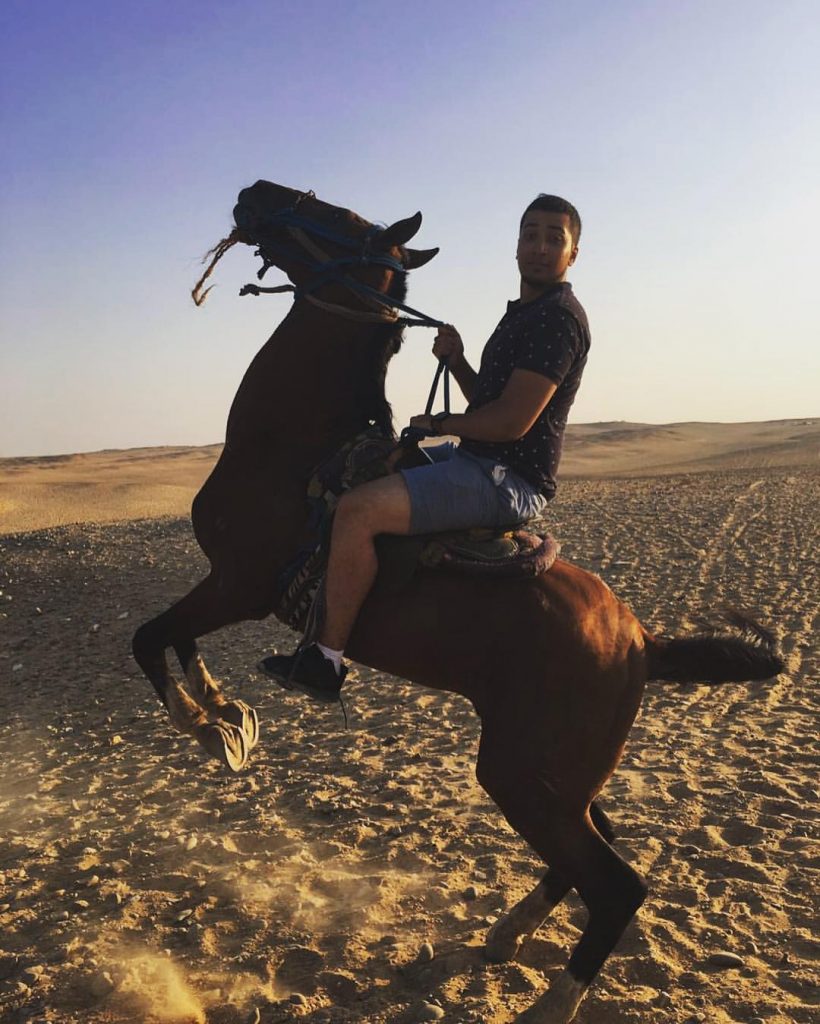 Below is a link to a charity some of his friends from high school started in his name. All the proceeds go to aid a cancer hospital in Egypt. His family is from there and he visited often, taking some of the greatest pictures of all time in the process, as you can see from the above photo of him on the bucking stallion. Moose was an extremely compassionate kid and proud of his heritage, he would have loved for people to donate anything they could to such an amazing cause in his honor.