They hung a banner on Brower this weekend

On December 4th, graffiti depicting the words "Fight 4 $15" were found on the buildings of the Livingston Daycare and the Asian American Cultural Center (AACC).

This phrase has been linked back to members of the Rutgers United Students Against Sweatshops (RUSAS), a labor rights organization on campus. 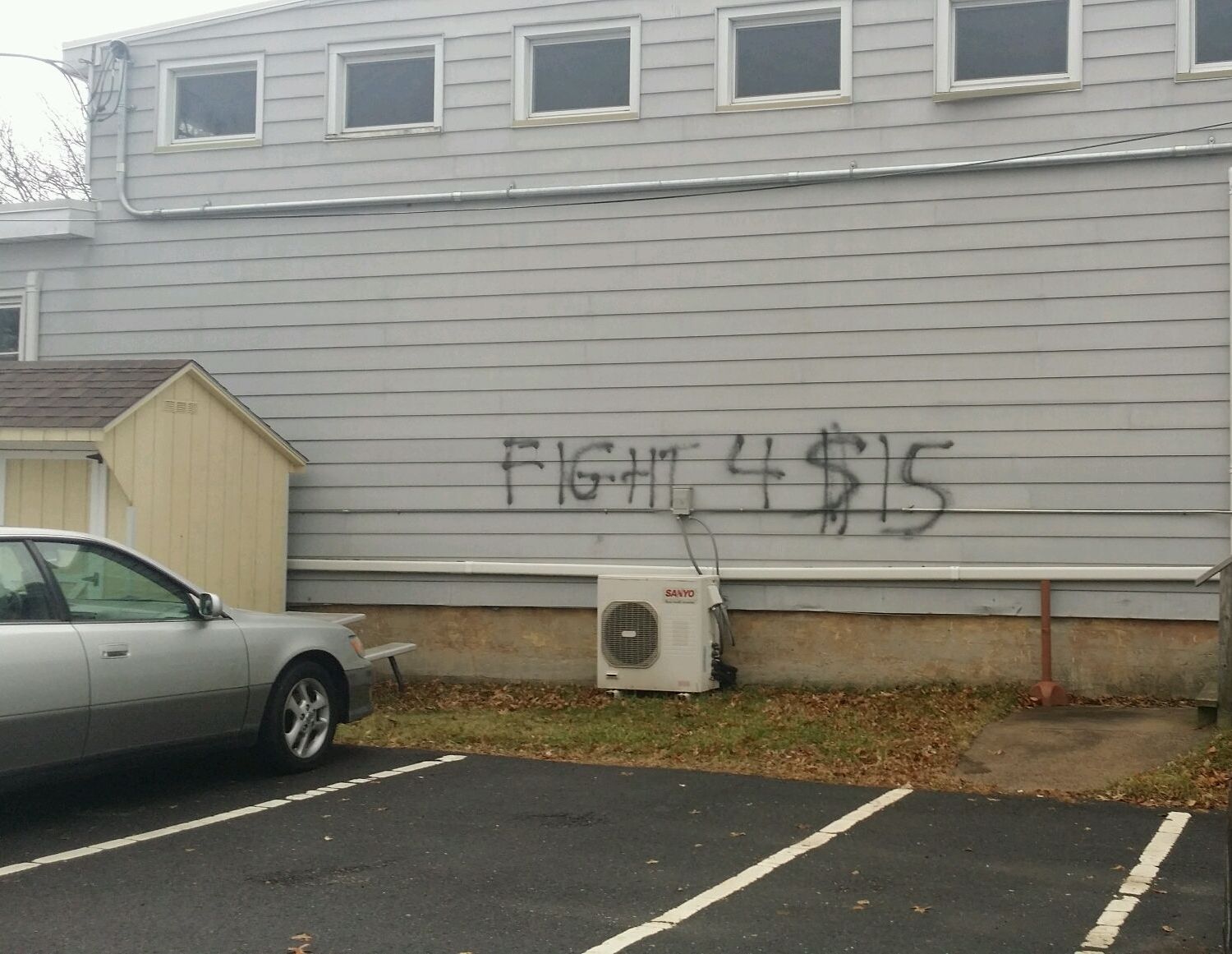 As a registered student organization on campus, RUSAS is required to adhere to the Student Organization General Guidelines. This act, and also other acts seen around campus this past weekend including hanging a banner on Brower Commons with cinderblocks and distributing unauthorized flyers, have violated these guidelines according to an email from Dr. McGinty, Vice Chancellor of student affairs. 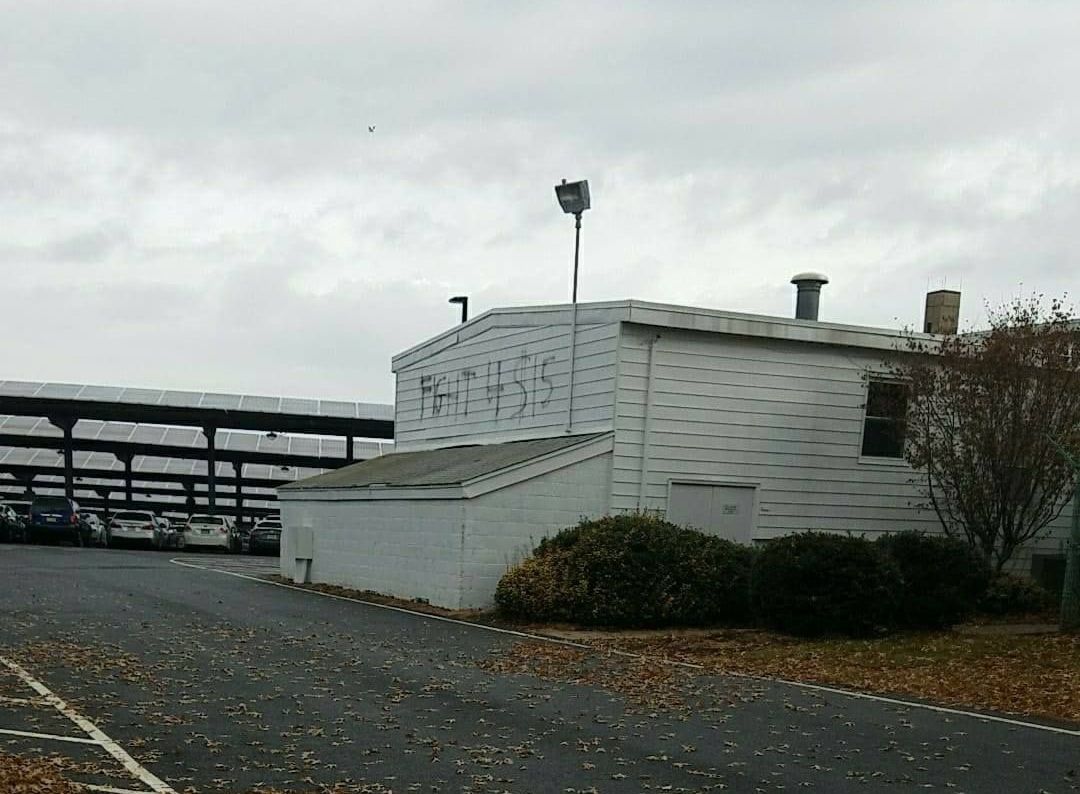 In the email, she said that she is "deeply troubled by the incidents that occurred on our campus". She has also mentioned members of RUSAS have approached members of the Asian Student Council to endorse their group, and that these targeted acts were in "retaliation" for not receiving immediate endorsements.

According to Dr. McGinty, members of the community received this as a "dog whistle, similar to what we're seeing in today's political landscape". 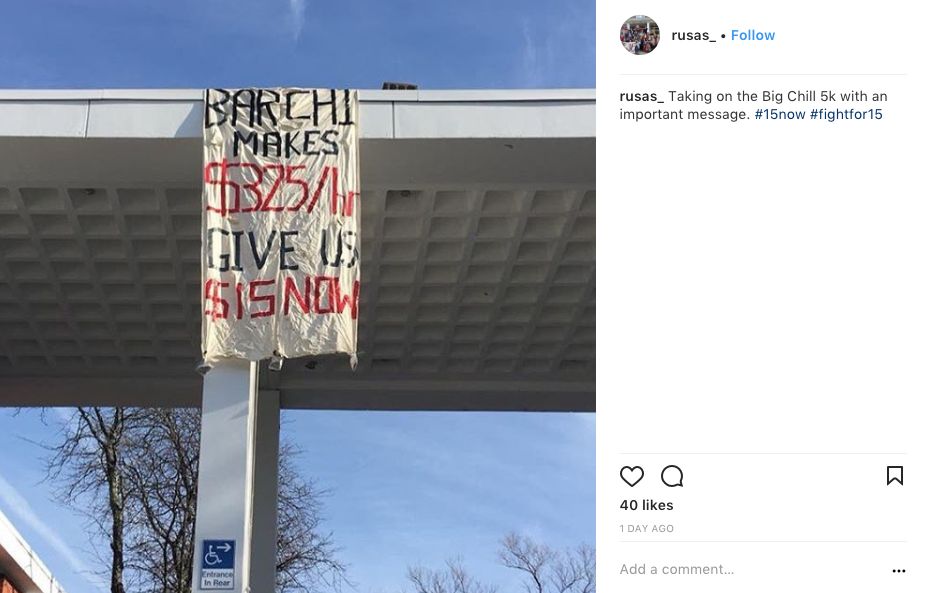 I am deeply troubled and disappointed by the incidents that occurred on our campus yesterday, December 4th, 2017 under the banner of “Fight4Fifteen”.

The graffiti that defaced the building that houses the Asian American Cultural Center (AACC) and the Rutgers-Livingston Day Care Center is not only vandalism but is also a xenophobic act that attempts to divide our community and incite fear and anxiety among members of a marginalized community. I am also aware that your organization recently approached members of the Asian Student Council to endorse your group. This targeted act appears to be retaliation for not receiving the immediate endorsement desired. Moreover, it was received by members of this community as a dog whistle, similar to what we’re seeing in today’s political landscape.

Additionally, there were multiple violations of the university posting policy this weekend under the banner of “Fight4Fifteen” and actions that posed serious safety risks to the campus community– banner hung on Brower Commons with loose cinder blocks, and unauthorized flyers on tables. Not only do these acts violate university policy, but they also fly in the face of the “workers” for whom you purport to be concerned, by creating an additional workload and distracting from the true mission of the university.

I hope you understand the seriousness of these incidents as they can result in possible criminal and student code of conduct charges, as well as loss of recognition for your organization.

Dean Grimm from the Office of the Dean of Students will be reaching out to you to follow-up and discuss university guidelines, policies and expectations.

RUSAS has also come forward and has reached out to their members and members of the asian community on campus, condemning this act of vandalism in the "strongest possible language". Furthermore they "are frustrated and angered that a message we are associated with has been co-opted in this way".