What it’s really like being a Rutgers male cheerleader

‘These are big, strong, athletic guys who are good at something that is under appreciated.’

When you read the word ‘cheerleader‘, you’ve probably got this ready image in your mind of a bubble-gum blowing blonde girl with a full face of makeup and a dialect that overuses ‘omg’, ‘like’, and ‘literally’. Now, although that annoying stereotype is a whole other story (which I’ve tried to write a million times, along with ‘stop bashing the sorority girl’), I’d like to focus on something that commonly gets overlooked and also suffers from a stigma: male cheerleading. Believe it or not, cheerleaders come in many forms. They even take on the mold of strong, athletic guys who you’d probably peg for football players.

Sitting down with Sean Wilkinson, a member of the Rutgers co-ed cheerleading team for two years, I had the opportunity to ask him about his positive and negative experiences with the sport as well as his feelings about the stigma that comes with being a male counterpart on the team. If you’re interested in becoming a male cheerleader or just genuinely intrigued by their lifestyle, this is everything you need to know about the sport, the stigma, and the successes of being a male cheerleader at Rutgers University. 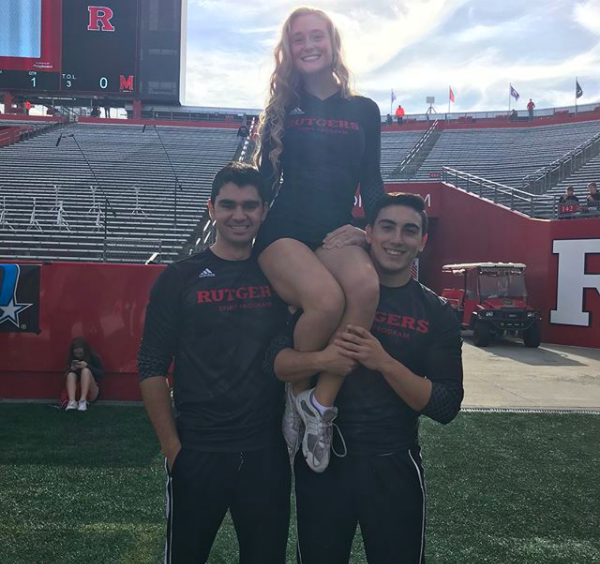 How long have you been cheering for?

This is my second year on the Rutgers cheerleading team.

What made you get into cheering?

I was at the involvement fair, and this guy who I consider a good friend today and is also a cheerleader said: “hey can you do me a giant favor? Can you throw this girl up in the air for me?”. And I said, “sure”. So I threw her up. Looking back, I couldn’t do it at all but he made me think I did a good job. So he told me, “why don’t you come to cheerleading practice on Tuesdays and Thursdays?”. And I wasn’t doing anything on campus yet, so I thought maybe this will be for me.

Have you played any other sports?

In high school I played tennis. 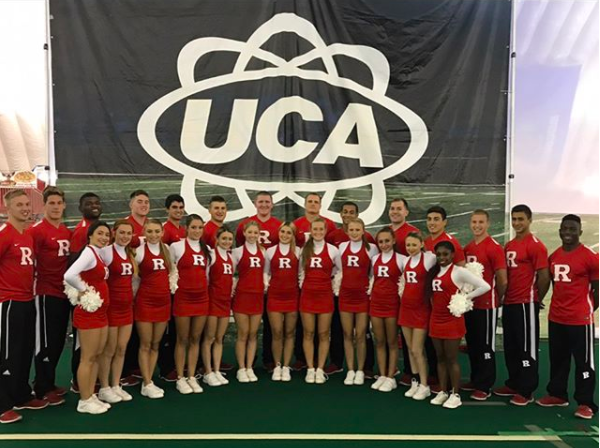 Do you prefer tennis or cheerleading? Why?

I guess I like cheerleading more than tennis. I was better at tennis more than I am at cheerleading to this day, but I didn’t realize how lonely I was on the tennis court. I was always playing by myself, and there was nobody benefiting from me playing but me… I wasn’t playing for a team, I was just playing for my win. But everything with cheerleading is your doing it for the people near you… When you’re throwing a stunt at a football game, nobody is looking at me saying, ‘wow, he looks awesome’. It’s the girl up there. I’m doing something to make her look good. And when I’m in a pyramid, I’m doing something to make the people on top look good. It’s literally about building each other up, and that’s a really cool feeling.

Do you believe there is a stigma that comes with male cheerleading?

I think to the wrong people there is. I think there is always going to be guys, and occasionally a few girls, who are going to be like, “ha–that’s gay”… which first of all, is so outdated. It’s not even supposed to be an insult anymore. And it’s really anyone who thinks there is a stigma has never really seen a male cheerleader, because we are not talking about frail, happy-go-lucky guys. We are talking about guys who played other intense sports and wanted to try something new that incorporates their athleticism in new ways.

When there are these stigmas, how do you deal with them?

I guess the easiest way is to just ignore them. When there is a stigma, it’s usually by a small faction and they’re outnumbered and they don’t even try that hard to make you feel bad about it. So if you want to you can just make it so you’re not around people who will say you’re gay for being a male cheerleader. The second way is calmly explaining to them that these are big, strong, athletic guys who are good at something that is under appreciated. 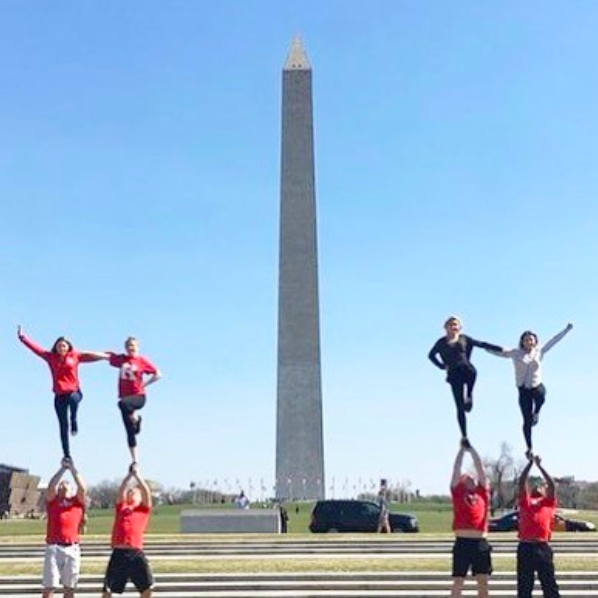 What is the biggest misconception of male cheerleading?

The biggest misconception is that it’s useless. People might look at a male cheerleader and think that it’s useless. But I have this complex that everything I do has to come back around to me someday. For example, being in college will come back around to me when I have a job. And people are like, well after you’re a male cheerleader in college there is nothing after that. But cheerleading has taught me how to lift, how to get stronger, how to work on a team… The misconception is that I’ve learned nothing from being a cheerleader, but I have actually learned a lot. I have learned how to be proud, be confident, and be a team player.

How do you deal with people who don’t consider cheerleading a sport?

I think at this point they are not going to change. I think that some people have this idea in their heart that a sport has to be something physical, something violent, something that dates back to the Romans or Greeks playing it in their Olympics. And to them I say I fundamentally disagree, and I think if you broadened your perspective you would see that the effort that goes into cheerleading, and the drive, passion, and qualities you would find in a football player, exist in a cheerleader… just in different ways. But some people do not see that, they don’t want to see it… and I’m officially too tired to make them see it.