Why Fat Sandwiches are the true kings of Jersey college food

If you're a student at Rutgers University, you are well aware that we're home to the famous RU Hungry? Fat Sandwiches. These sandwiches are so ingrained into the Rutgers culture, that when you're looking for food late at night you'll most likely end up at RU Hungry.

This sandwich has become so iconic, that national publications and shows on the Travel Channel have acknowledged and paid their respects to its legendary status.

So when this article from Tasting Table came out claiming that "Hoagie Haven" in "Princeton" is the best college town food in New Jersey, I found it a tad disrespectful.

Not only do they not acknowledge RU's iconic sandwich, but they have the audacity to talk about the "Phat Lady." Why would you grovel for a sandwich with mozzarella sticks, french fries and cheesesteak when you can get that plus chicken fingers with half the pretentious atmosphere.

This is nothing against Hoagie Heaven by the way, it's more about the Tasting Table's article complete disregard of Rutgers iconic sandwich and RU Hungry's legacy.

What is a Fat Sandwich?

The Fat Sandwich options are ever-growing. Each sandwich provides a different set of greasy foods in their sandwich that can satisfy the late night cravings. Sometimes a day's worth of calories is worth it.

There's also vegetarian options, and other foods to get if you want to get something else. 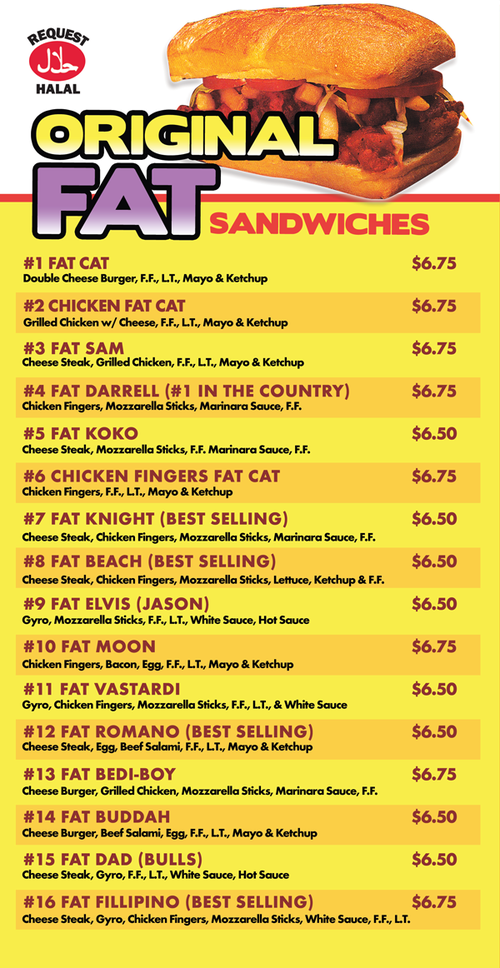 Are you up to the challenge?

The prestige of the Fat Sandwich challenge is contained in the fact that it's probably one of the hardest food challenges out there. Eat five giant sandwiches in 45 minutes, and you get to have your own sandwich named after you. Plenty have tried and a lot have failed.

Adam Richman, from Man Vs Food, came to RU Hungry to try this challenge, and even he didn't make the cut. From time to time you do see new sandwiches pop up, so this sandwich is an opportunity and challenge all at once.

Sometimes a day's worth of calories is simply worth it. 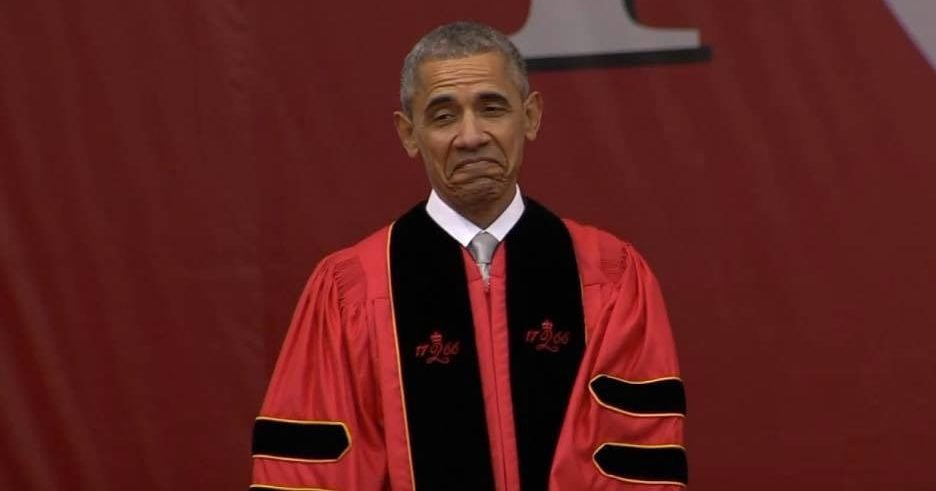 If you ain't talking national recognition I don't wanna talk

RU Hungry has gained national recognition from some of the famous publications.

In 2004, Maxim named the Fat Darrell the best sandwich in the nation.

Besides "Man vs Food", Travel Channel has been featured on “Extreme Pig Outs” and “101 Best Places to Chow Down – The Chow Down Count Down”

Our past president Barack Obama, shouted the sandwich out during the 2016 commencement speech here.

RU Hungry was at Superbowl XLVIII Pregame Party in NJ, and was a Madison Square Garden during a Knicks game.

When face-to-face with these cold hard facts about Fat Sandwiches, it's almost impossible to not acknowledge how much of an impact this delicacy has made on our taste buds, arteries and nationwide.

There are many imitators, but none quite have that special taste exclusive to the banks of the old Raritan.