Hundreds of students signed up to cosplay run across The Yard

Naruto runs are taking over college campuses across America. As of right now, there are two Naruto Runs scheduled to take place at Rutgers University. A “Run Across the Yard Naruto Style” event on September 4th, at 4PM and a “Naruto Run Down College Ave” event September 5th at 6PM.

Students responses range from posting pictures of their cosplay… 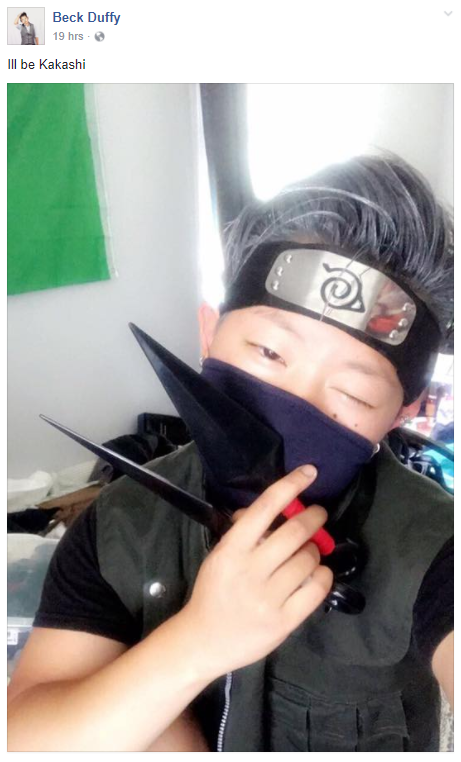 …to the occasional throwback to the popular “Freshman trying to get to class on time” vine (seems older than Naruto at this point).

And then there’s the occasional

In response to the “Anime trash,” Rutger Colege Meme contributor and sophomore Isaac Margolis has created a Facebook event entitled, “Walking across the Yard like normal people.”

Margolis told The Tab Rutgers that while he believes both Naruto runs are ‘complete garbage,” the one taking place on College Avenue is going to cause traffic delays and is just plain unoriginal.

“If you want to publicly illustrate that you are a disappointment to your parents, there are better ways to do that at Rutgers than frightening freshmen, such as joining the All Marxist Leninist Union or majoring in Art History.”

Margolis also opened up to us about his past revealing that he too dabbled in “the dark arts of animes” at a young age. While he clarify that he now lives a “clean anime-free” life, he told us that some of his “all-time favorites” include Obama’s Inaugural Address and Everybody Loves Raymond.”

Seungkyu Park, co-creator of the original RU event, “Run Across The Yard Naruto Style”, had this to say about the Naruto counter-walk:

But overall it looks like we’ll be seeing more Naruto than not between September 4th and 5th.

The pro-Naruto movement has had a steep head start, but there’s still time. And Rutgers is a huge school, how many people can possibly watch anime???

Margolis had an outgoing message to the hosts of the RU Naruto Run:

“If you insult my honor or proud legacy, I will be waiting for you in the Yard in full samurai garb and will fight to the death to defend it.”