If holiday movies were set at Rutgers

With it being deep into the festive season, holiday cheer is all around. Christmas movies still continue to take over everyone’s television, and twinkling lights dominate everyone’s home. While everyone has gone home for the holidays, deep down we all know that our true home is at our lovely Rutgers campus. Yes, the home-cooked meals and free laundry are always refreshing, but there is nothing quite like being on campus. The sense of freedom and being able to do whatever we want, whenever we want is something you just can’t find at home. And although the beginning of the holiday season for us students is marked by the constant stress and torture that comes along with finals, we cannot help but be excited for all that comes with holidays. However, as the holiday’s are solidified by the thoughts of finally arriving home after a long semester, and spending time with your family, one still seems to think, what would it be like if Christmas movies took place at Rutgers?

Buddy the Elf would get run over by a Rutgers bus

A constant ‘joke’ – that’s not really a joke – on campus is to throw yourself in front of a Rutgers bus because you’re just so done with life.  Similar to the iconic scene from everyone’s favorite Christmas movie, Buddy the Elf exemplifies this struggle when he runs out into an NYC street and gets hit by a taxi. Thus, if this movie were to take place at Rutgers, Buddy would definitely do what all Rutgers students have once thought about doing and run right in front of one of our no-so-reliable Rutgers buses. 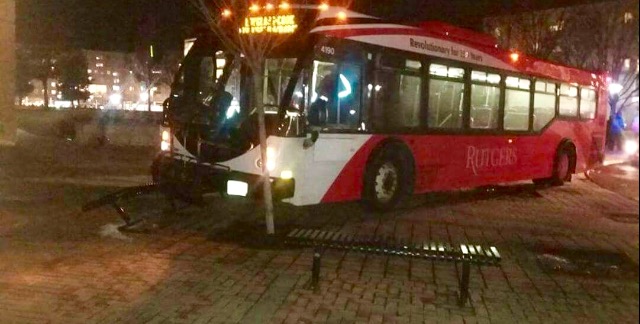 How the Grinch Stole Christmas

We all know about the Grinch, and how his tiny heart has no Christmas cheer.  In the live action adaptation, his hatred for Christmas stems from him being rejected by the girl he ‘loves’ – which being college age students, all of us can understand this life-ending crisis. And not only that, but with his lazy demeanor and humorously sarcastic actions, whether it be him refusing to cancel the dinner he’s planned for himself or being unable to decide an outfit for Christmas, we can all relate to the way the Grinch feels. Therefore, through our mutual hatred of everything and our appreciation for laziness, if this movie were to take place at Rutgers, we’d all be the Grinch by telling our friends we can’t possibly cancel our plans to sit around and binge watch a new Netflix series (or two).

Backtracking to how the beginning of the every semester is and our return to unlimited freedom, there are always loud and crazy parties and people constantly running around trying to enjoy every last second of partying before the inevitable responsibilities of classes come crashing down. So when Kevin wakes up and believes he has wished his entire family away and is home alone for the holidays, his attempts at relishing in the freedom of being home alone and clever tricks at avoiding the seriousness of his situation undoubtedly portray how college students act when they have finally returned to school. Running around, being obscenely loud, and avoiding all things ridden with responsibility, we definitely can all vibe with Kevin.  That is until classes start piling on the homework.

Everyone knows the classic tale of Ebenezer Scrooge, who throughout his life believes that Christmas is absolute nonsense and a complete waist of time. But, after being visited by three different Christmas ghosts, his cold heart is warmed by the joy of Christmas cheer, and wakes up the next day a brand new man. Thus, by waking up and screaming out his window in celebration, his change of fate clearly exemplifies the emotional rollercoaster we all endure at Rutgers as exams finally come to a highly awaited end.

Remember the iconic scene in A Christmas Story, where one of Ralphie’s best friends Flick gets his tongue stuck to the flagpole? Well, when you really think about it, this little kid’s struggle is actually pretty similar to the struggles a Rutgers student faces everyday. Just like Flick, we are often left out in the cold to fend for ourselves when the Rutgers bus system fails us yet again. And like little Ralphie, who just wants a bb gun for Christmas but is always told he’ll shoot his eye out – which he eventually does, we Rutgers students continue to strive for degrees but always seem to get RU Screw’d in the end. So with his constant struggles, Ralphie absolutely depicts how most Rutgers students feel around this time of the year. 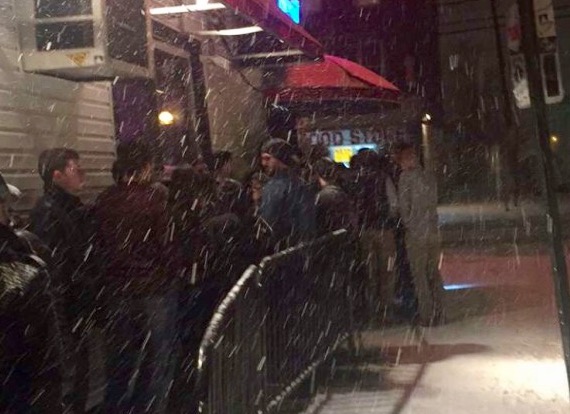