I was fired from the Daily Targum for being a conservative

They claim ‘disparaging the Targum is grounds for termination’

I was an Opinions columnist for the Daily Targum, Rutgers’ print campus newspaper, until this Monday, when a series of escalating confrontations resulted in my column being terminated.

The plight of the college conservative is not an unfamiliar story. There are countless articles, whether on The Tab, the College Fix, Campus Reform, The Odyssey, BuzzFeed and others,  that detail how conservatives have been mistreated and discriminated against by universities, professors and fellow students. With that in mind, I will relay to you the latest installment in this saga: the blatant deception and lies that go on within the cabal of editors at the Targum.

I became a columnist for the Targum this fall, when I was approached by Opinions editor Maegan Sunaz as a “prolific writer” who had offered an “important angle” the semester before, in which I had written several commentaries. I was flattered, as well as surprised that a newspaper with a reputation for being more leftist than a Marxist slam poetry society would go out of their way to recruit conservative writers. My time there started off uncomfortably: their grammar rules seemed juvenile, their word counts seemed restrictive and I could tell as soon as I was added to the private Facebook group that something like 15 or more of the around 20 columnists were radically left-leaning, with only three that I knew of being explicit conservatives. Some of them were even the very protesters that ransacked the Milo event last year.

But I dealt with it. I wrote my first article, and boy, was it a doozy. It was on the incoherence and disruptive actions of Black Lives Matter protesters, and it trended for a week, and even got a poorly written response from some student who told me to “Google structural racism.” But I wasn’t entirely happy with the article. Already, my clever title had been edited to be far blander, and a solid five links to bad BLM behavior were cut out. It was irksome, but I thought of it as a fluke. And for the most part, it was.

The next couple of articles went by without a hitch until I decided to write about illegal immigration. 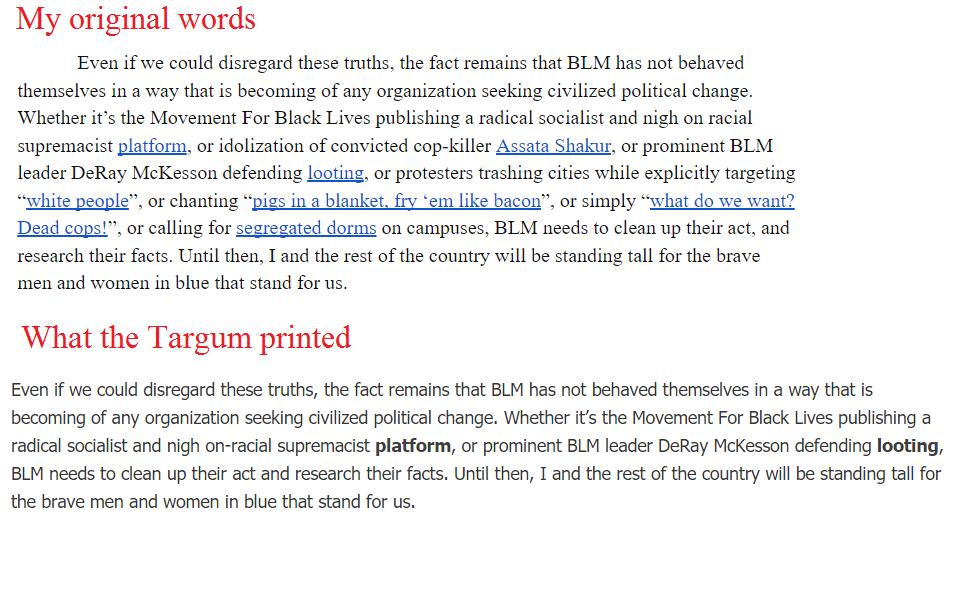 As before, the content of my article wasn’t really altered. However, I did notice a glaring change in my wording: every instance of “illegal alien” and “illegal immigrant” had been changed to “undocumented immigrant.” Now, this shot up red flags immediately. The usage of these terms is very politicized, with outlets like Huffington Post, NPR, The New Yorker, FAIR and Time weighing in. The argument for using it is typically given in terms of not offending people, with the claim that “people can’t be illegal” or some other excuse like that, but the reality is, “undocumented” is just the latest fad in political correctness.

However, I wanted to give my editors the benefit of the doubt, so I posed the question to them in private.

I was given a response. Apparently Dan Corey, the Editor-in-Chief himself, has deigned to come down from his perch of self-righteousness and changed it himself. His claim was that it was not “AP style.” 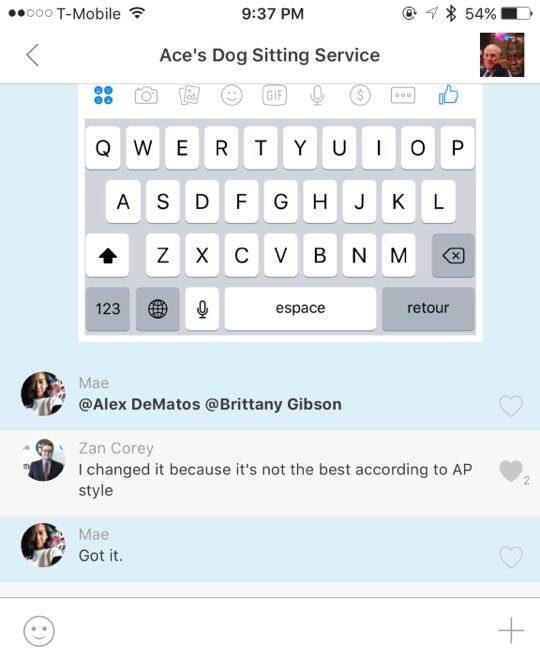 AP style, for those who don’t know, refers to the Associated Press Stylebook, which is a publication intended to standardize the usage of terms and grammar in journalistic publications. Unfortunately for Dan, however, the AP Stylebook didn’t exactly support him. The AP Stylebook explicitly stated that “undocumented” wasn’t to be used either, and for good reason: many illegal aliens are actually documented, just not with the documents that would grant them legal residence. In fact, “undocumented” was never the AP style policy.

The Stylebook currently has no term that it prefers to be used for the group of people that come into the US illegally. Of course, we need a term to refer to them with, and I decided to choose mine based on the organizations and policies I cited. But the real question is, why did the Editor-in-Chief lie?

I pressed on, explicitly asking what I saw to be the only remaining conclusion: political motivation. I was referred to Dan himself, as it was he that made the change.

He then stated that I was accusing him of doctoring my piece out of political motivation. At the time, this was certainly not the case. I was giving the editors the benefit of the doubt and made no direct accusations, but things weren’t looking encouraging. He also claimed that “disparaging the Targum…[was] grounds for termination.” Now, this was the first I had ever heard of this rule, and that’s important, as it comes up later. 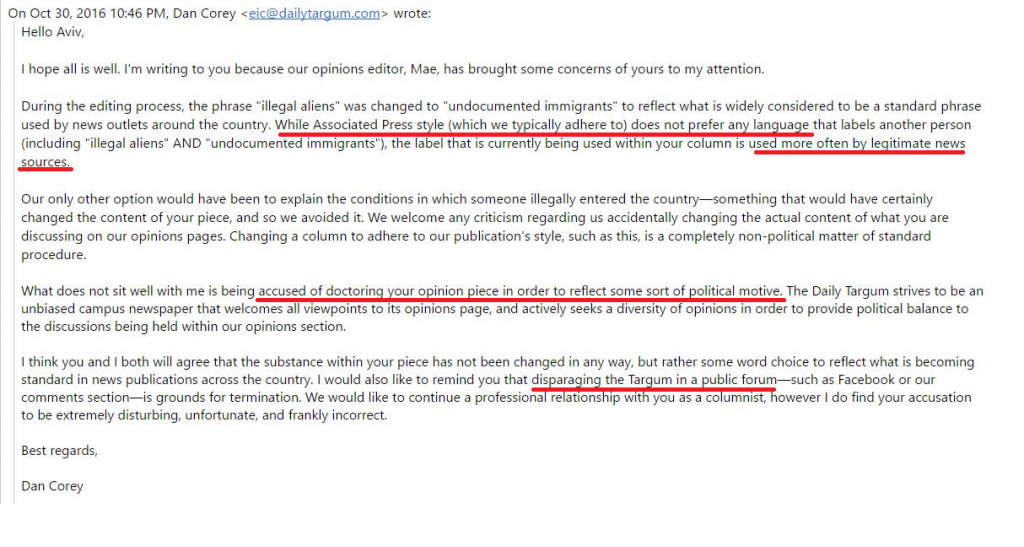 A screenshot of the email

I responded to Dan in kind, explaining what I just have now: that the wording was politicized, that AP style did not support his case, that a myriad of agencies used the term, and I stressed that I had not publicly stated anything directly disparaging the Targum.

A screenshot of my reply

The next morning, I received a response. My time at the Targum was done, despite having done nothing further to warrant this termination. Instead, Dan now backtracked to a comment made weeks before that had never been approved and thus never gone public. 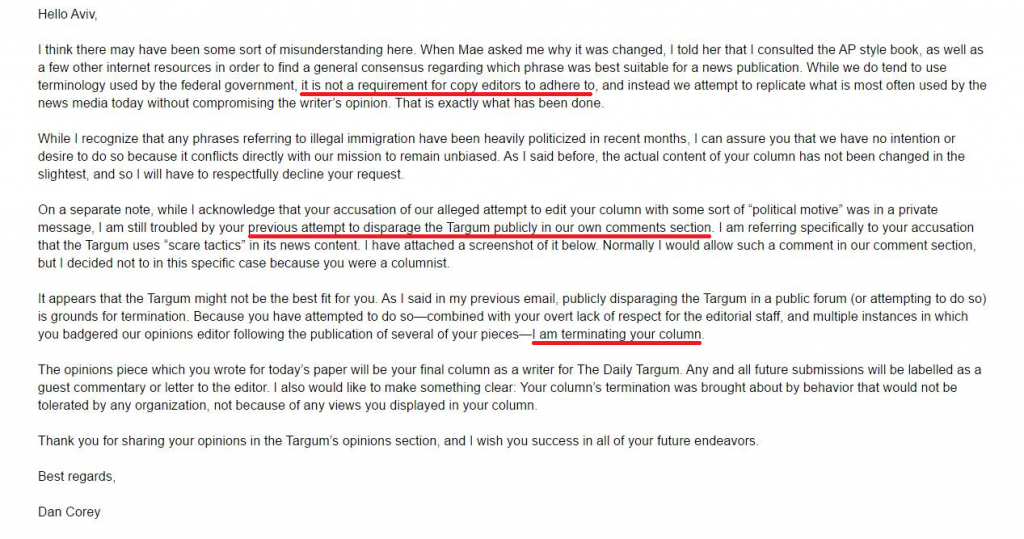 The comment in question was on a Targum article that claimed Rutgers had seen a rise in sexual assaults, despite sexual assaults being down that year. This was my comment:

Which was, of course, entirely accurate, and was a criticism towards the author’s title rather than a denouncement of the Targum itself. Regardless, the comment was never published, nor was I told anything of it being against Targum policy. Again, I had never signed a contract stating that I would not disparage the Targum publicly, but no such statement had been made in the first place.

What this comes down to is a mess of inconsistencies, little lies, and eventually unwarranted termination from the editorship of the Targum on the basis of ideology. The motivation for the original changes, while I originally may have had doubt, can now clearly be seen as simply Dan’s personal brand of political correctness. The ensuing termination was based on faulty grounds that did not even meet the contrived new criteria that Dan was presenting me with. The first email seemed to imply a warning, and the second one jumped to termination despite no comments having been made in the time frame between the two.

I can only arrive at the conclusion, as any reasonable person would, that my termination was a politically motivated move itself, which flies starkly in the face of what Dan Corey claims to be an “unbiased campus newspaper.” In reality, the Targum is very biased indeed–a collection of self-flagellating, bureaucratic leftists that only include the three (now two) conservatives that they do as a way to fill the minimum requirements to be considered “open-minded.” At the slightest questioning of their “unbiased editing,” they jump at the excuse to rid themselves of someone who has been challenging their narrative.

We see through your lies, and we will not be silenced any longer.