This year’s Olympics in Rio was an impressive one for US teams, especially for the women’s gymnastics team. Laurie Hernandez, Olympic Gold and Silver medalist, has become a national hero at the young age of 16. Originally from Old Bridge, New Jersey, Laurie received a very warm welcome when she came home to a parade full of thousands of people celebrating her.

If you love Laurie Hernandez, then you’ll love her older brother Marcus Hernandez just as much. He is a junior majoring in Economics and Sports Management here at Rutgers. We sat down with Marcus to talk about sports, fame and Laurie of course.

What’s it like having a sister in the Olympics? She’s seen as such an inspiration and even a national hero.

“Yeah without a doubt, it’s also weird that the girl that took a gold and silver medal home from Rio is in the room right next to me but I mean at the end of the day, she’s just my sister, it really isn’t anything that crazy for me.”

Does Laurie want to go to Rutgers?

“As of right now college isn’t something that we’re really looking at. She may go in the future but she just gave up her scholarship from Florida. Maybe in the long run, I mean that’s not something I could even tell you because we really don’t know.”

What has been your favorite experience so far with all these past events since Rio?

“Oh man, I would have to say probably seeing her nail the beam routine and taking the silver, that was honestly the craziest thing I’ve ever seen in my life”

So tell me about your family – they must have been so supportive, but scared at the same time. Have there been any changes to your family dynamic?

“I think that our family is so close that when she was struggling, we were always there for her. She was hurt actually, for a while even, maybe a year or so; she had a really bad injury. Coming into this year nobody predicted her to make it onto the Olympic team but we always looked at her and said, ‘who cares what anybody else thinks? You can do whatever you want.’ So even when she didn’t believe in herself the entire family was there backing her up, telling her to continue.” 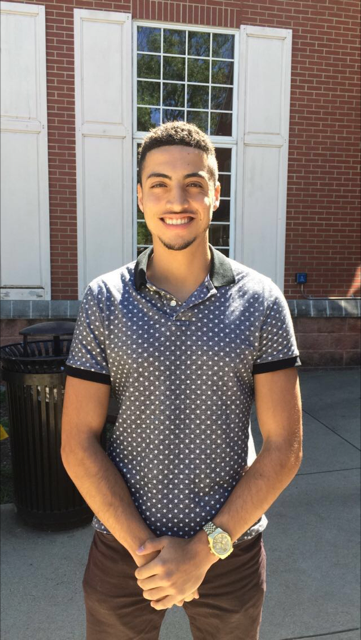 I would imagine that would have been really hard, any specific time you remember?

“There was actually an incident where Laurie came back from practice and she was crying pretty seriously because she just felt like she wasn’t going to make the team; she was saying that she couldn’t do this. So my older sister saved the tissue she was crying into and said to her, ‘I’m gonna give this back to you when they call and say you made the team.’ And sure enough, after Laurie made the team, my sister walked to her room and came back with crumpled up tissues and asked her if she remembered the tissues, and was like ‘you were crying and saying you wouldn’t make the team and now look at you’.”

Did you all go to Rio?

Nah, unfortunately it was just our mom and dad that went with her.

Did you think that Laurie would make it all the way to the Olympics?

“You should ask her – I’ve been calling it since like the 7th grade. I walked around my entire class saying watch my sister at the 2016 Olympics and that’s not just me, it was my entire family… we would always say it and people would be like ‘haha, very funny’ and well now here we are.”

I did a little research and found that you previously ran track. How long have you been running for and what’s it like?

“Well, I ran track a little here. I ran for about 5 years since my freshman year in high school and I don’t run it anymore but I still run. I run everyday.”

Have you ever had any Olympic aspirations? If so do you still have them?

“Me personally, nah, I just passed that to my sister. She can take that – I never really saw myself going there.”

What’s it like growing up in a family of athletes?

“It was pretty cool, you would get to go home and talk about your different sports. Obviously now my sister has a little bit of an edge considering she’s bringing home a gold medal from Rio but you know it was definitely something to bond over and it kept the family close.” 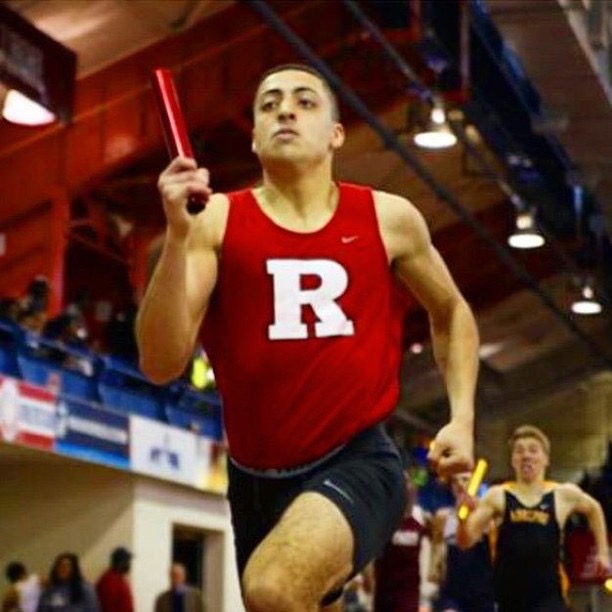 Were you competitive growing up?

Speaking of family, how did they react to the amazing reception they received at the Old Bridge parade they threw in Laurie’s honor?

“Oh, it was phenomenal. It was awesome! I’ve never seen my town so alive over anything, like I’ve lived there 18 years and I’ve never seen something like that. Every single street we went to was crowded with people holding up signs, crying, cheering and she was on top of a car. It was just amazing. Like things that you can’t even imagine would ever happen. You can’t even believe what you’re seeing it.”

So are you a celebrity now or has nothing changed? I know you have over 12k followers on Instagram so I guess a few things have changed , but what do you think?

“Maybe second hand from my sister. People have been noticing me a little more, but that’s about it.”

Do people act differently around you or your family?

“People that we’ve never net before, they definitely treat us differently but the people who have been there since day one, they treat us the same and I love it.”

Do you have any inspirations or anyone who inspires you?

“Wow, that’s a good one, thanks for putting me on the spot… I mean we’re a very faith based family so I would have to say God is our inspiration. He inspires me everyday.”

What do you want to do after you graduate?

“I’d like to open up something with Laurie like on the side. I mean there are so many options. I don’t even know what we’re planning on doing yet but I just know it’s along those lines.”

Okay so if you had to give one piece of advice to someone who needs it, what would it be?

“I would say, whatever you do, do not give up on your dreams because my sister didn’t wake up one random day and think, ‘Oh, I’m gonna be in the Olympics,’ she worked for it. There were struggles, lots of adversity and she was so under the map a few months ago, like no one had heard of her. But she just proved that you can do anything you set your mind to.”