Then they sort of apologized for causing ‘concern’ and ‘alarm’

Earlier this morning, many in the Rutgers community started off their day with news that no one wants to hear: “Armed suspect in area of Alexander Library. Seek a safe space and shield/secure your location,” read a text sent out through the University’s Emergency Notification Services. 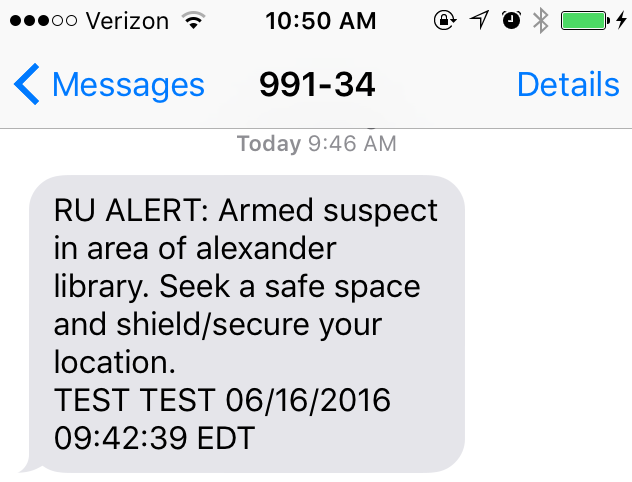 At the end of the message, they indicated it was just a test, but it did not do enough in preventing the RU community from becoming alarmed. 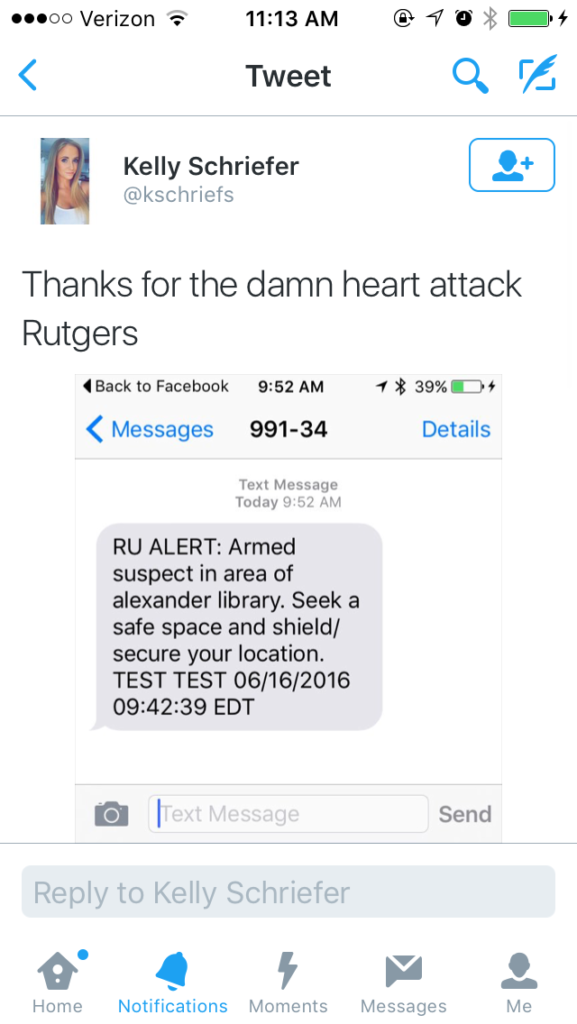 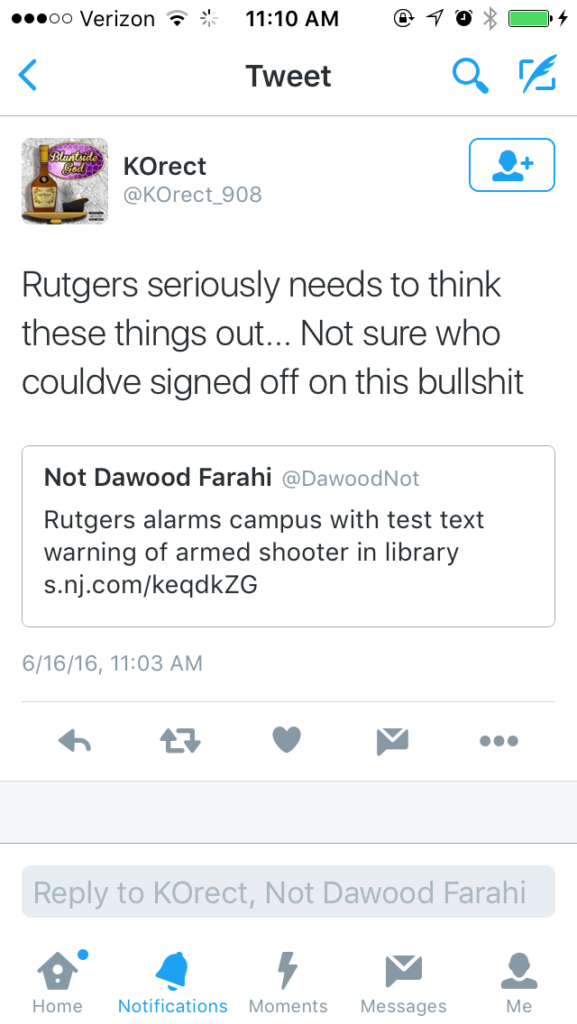 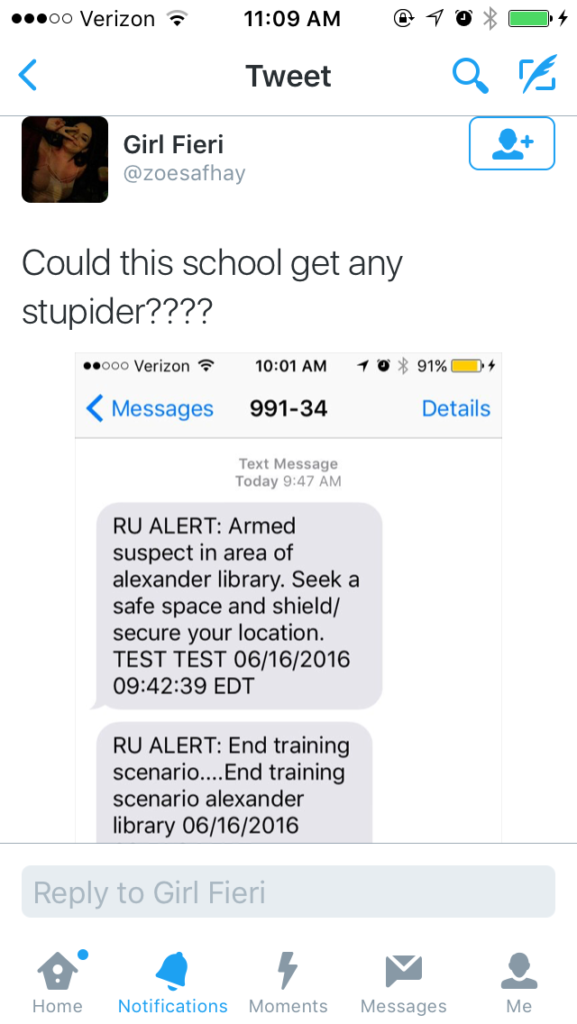 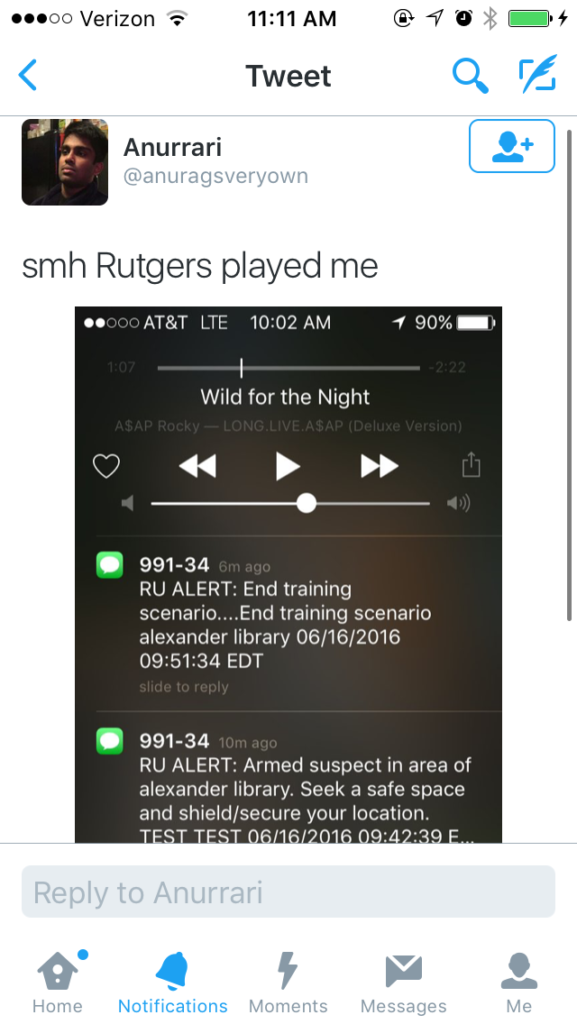 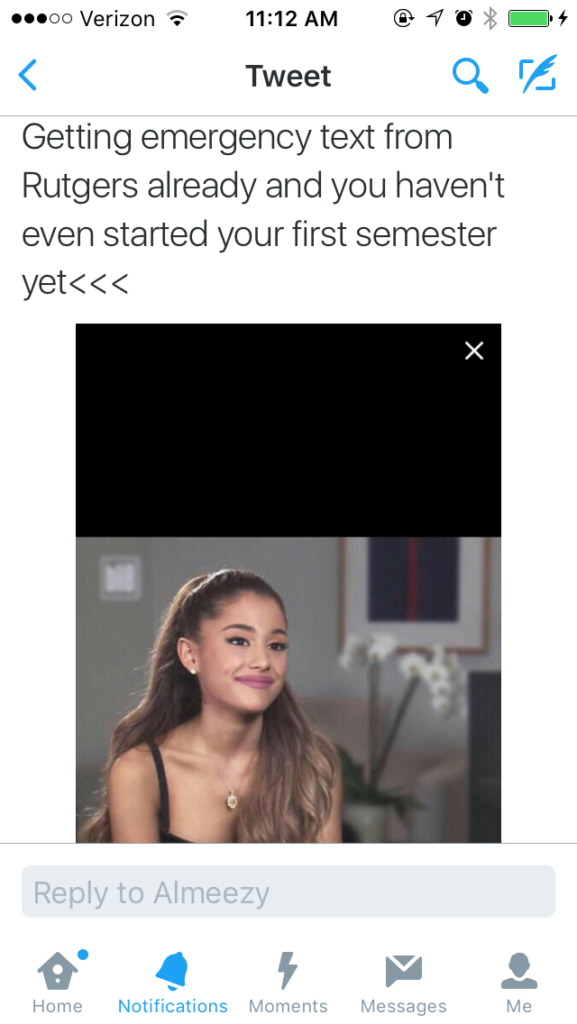 At 10:20am, around 25 minutes after the last text clarifying that the messages were a part of routine testing for the emergency notification system, RUPD sent out an email non-apology acknowledging the “concern” and “alarm” of recipients. 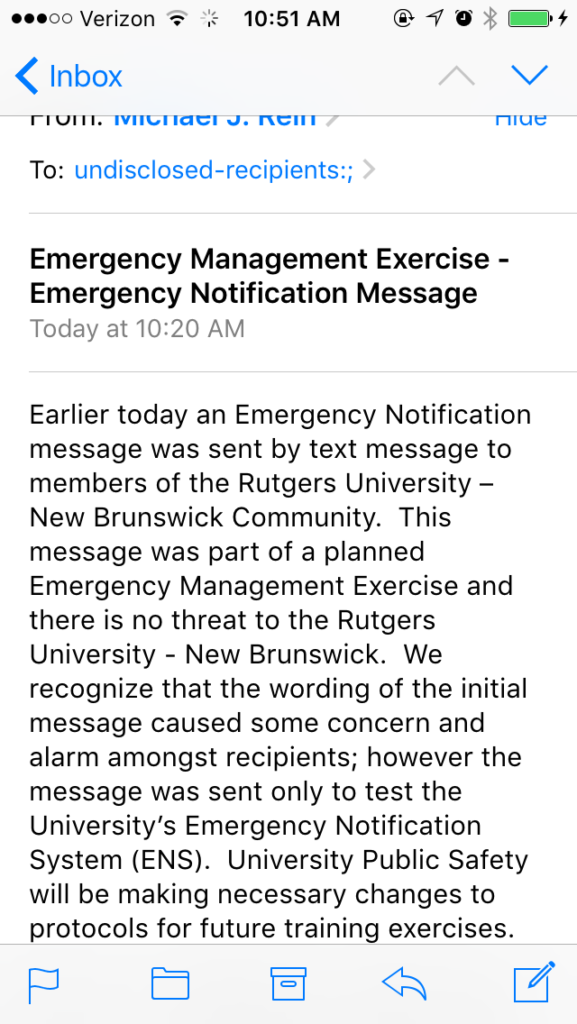 They clarified that this was part of the planned training exercises and that there had been email warning prior to this morning’s notifications.

The email read: “University Public Safety will be making necessary changes to protocols for future training exercises.”  Hopefully next time that won’t include sending “armed suspect” alerts out as a test just four days after the worst mass shooting in recent US history without saying it’s a test first.