The Daily Targum is going to survive

You heard it here first

As we reported on Friday, The Daily Targum has fallen short in its crucial funding referendum, but will continue to be partially funded for the next three years.

The paper published an editorial earlier confirming our story – namely that students from the Rutgers Business School, the Ernest Mario School of Pharmacy, and the Bloustein School of Planning and Public Policy opted not to fund the Targum going forward. 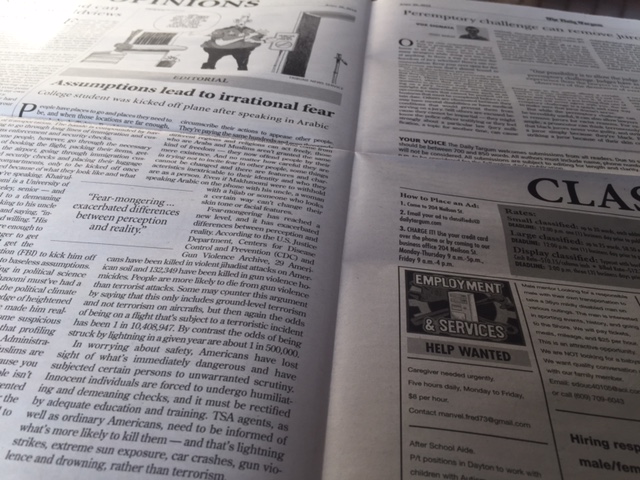 The paper’s editor Dan Corey said the loss in revenue will “force us to make some difficult decisions.”

Every few years, the paper is required to ask the student body if it wants to keep the Targum fee on the term bill. On hearing Friday’s news, some students speculated the paper would not continue if it failed to secure enough votes from the referendum.

In fact, ahead of the vote, the Targum told readers “the paper is under the threat of extinction” and said: “Rutgers—New Brunswick is being faced with the possibility of becoming the only Big Ten school without a student newspaper within the coming year.” The piece added: “Rutgers students would lose bragging rights  to having the second-oldest college newspaper in the United States, dating back 148 years.”

When the bad news began to emerge on Friday, Targum staff members were able to find a technicality in the university legislation so that they would continue to be funded by those who voted in favor, according to an anonymous source close to the paper.

The source told us: “It was believed by many of the members of the Targum that if even one of the schools had failed to get the 25 percent  plus one, the entire referendum failed. As the results came in, an administrator in Student Life looked over the legislation that guides the Targum referendum and eventually found something to the contrary. It was found that if only one school had failed to get the 25 per cent plus 1, then only that specific school would fail, and the other schools that passed would still fund the Targum.”

Corey said although it was not able to pass at some schools, he is hoping  to change how the referendum is conducted in the future.

He said: “I can understand why some people might have thought that not passing all schools could result in the Targum closing up shop, but the truth is that University policy structures referenda (for us and other organizations) as something that you can in fact partially pass. In past years we’ve lost larger individual schools and then won them back three years later — and that’s our goal for 2019.”