And we are all devastated

For the past two years, 73 Huntington has been the mecca for Rutgers dages.  The off-campus house is home to a group of eight seniors notoriously known to throw probably the biggest day-drinking parties at RU. But, this Monday’s dage might have been the last party the boys of 73 will ever throw. 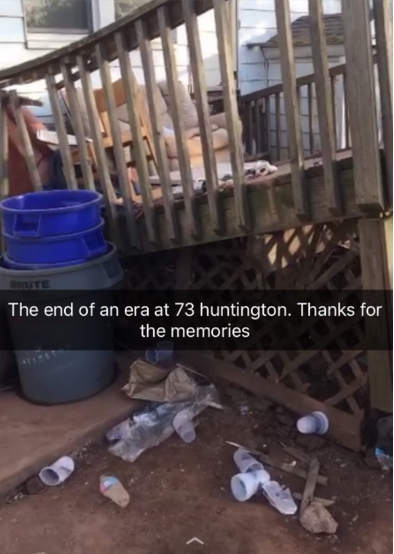 The rager came to a premature end on Monday afternoon when the backyard porch collapsed after a fight ensued. The residents of the house who were fined with a noise violation and for a ‘loud party,’ are now trying to save their house through a GoFundMe campaign.

The guys are hoping to raise $2,000 to pay for their tickets along with the cost to repair their porch. 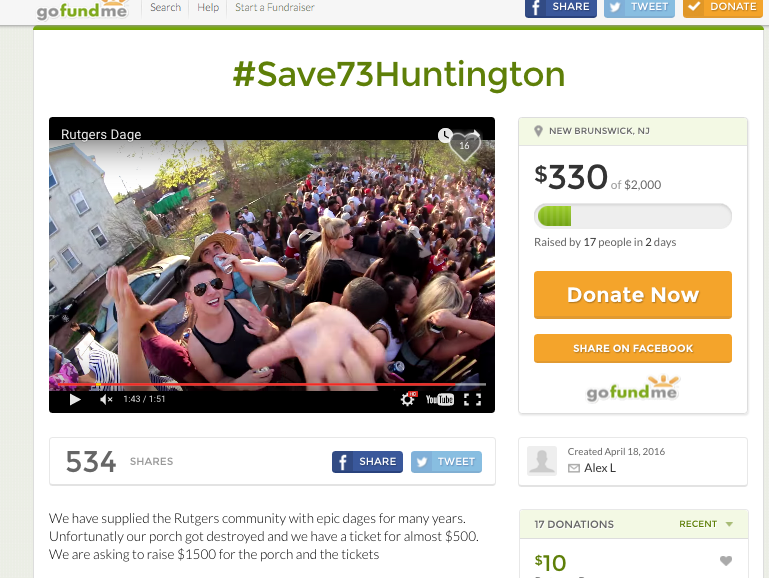 The campaign has already raised $330 since Monday, but the guys recently learned they may be in deeper trouble than they originally thought.

Chris Sierra, a senior and business major who lives in the house said: “We spoke to our landlord today and he said there is no shot we’re getting our security deposit back and that we should expect to pay $15,000 in fines.”

The residents said they put down $6,500 for their deposit when they first signed their lease. 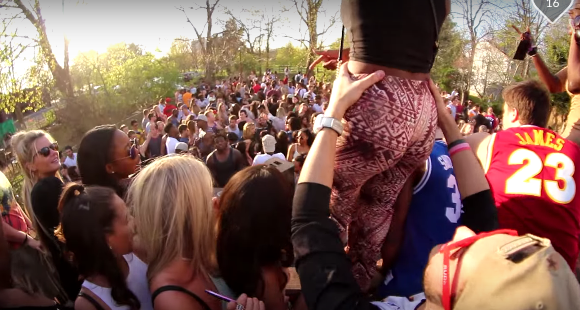 Alex L, another resident added: “We’ve been throwing epic dages for years and now we’re asking if people can please donate anything they can just to help us out.”

You can donate to #Save73Huntington here.