5.5 percent of the record 35,370 applicants were accepted, including Chloe Kim

At 7 pm, Princeton University released its regular-decision admission results for the class of 2022. Princeton accepted 5.5 percent of its record 35,370 applicants, making this the school’s most selective admissions cycle to date. The acceptance rate was 6.1 percent for the Class of 2021.

The 1,941 accepted students join the 799 students from the early-action applicant pool who were offered admission in December.

Olympic gold-medalist Chloe Kim is also among the students admitted to the class of 2022. At 17 years old, she is the youngest woman to win a Olympic gold medal in snowboarding.

May 1st is the deadline for admitted students to accept Princeton’s offer of admission. Congratulations to all the future Tigers! 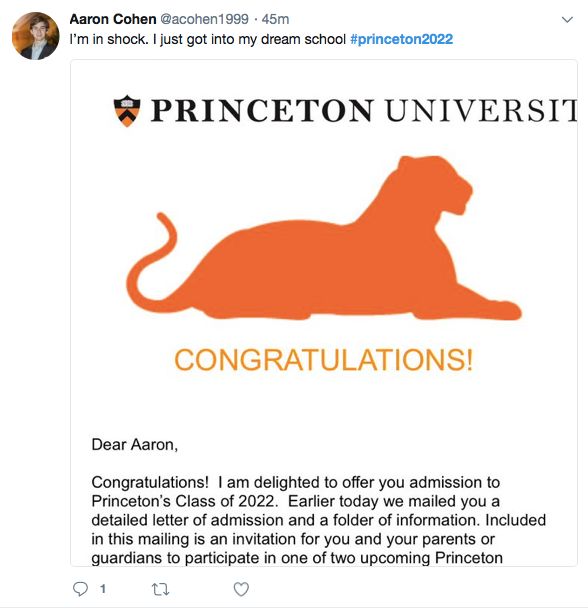 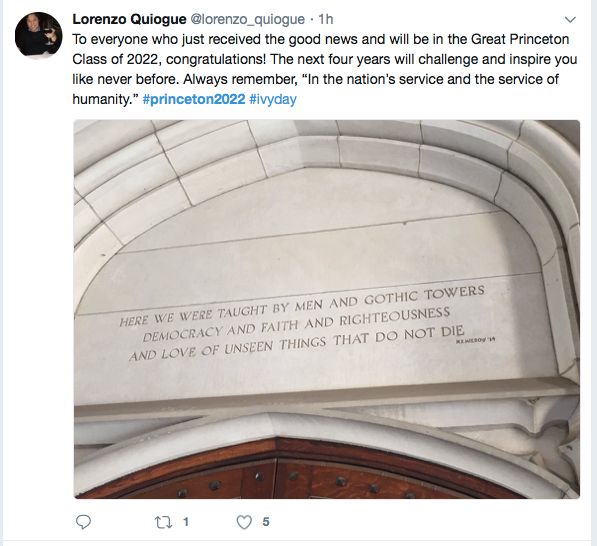 might have had to yank at the knobs, but doors are opening now. these are for all the black and brown children with dreams in their hearts. #harvard2022 #yale2022 #princeton2022 #penn2022 #brown2022 pic.twitter.com/Em5KelOZnS

Wow. I’ve officially been offered admission to both @Princeton and @Yale . My top two choices. No words can describe how grateful I am. #ThisisaGodDream #Princeton2022 #Yale2022 pic.twitter.com/R7WsVHoCtM

I never thought that I had the ability of being able to achieve something so amazing in my life, but as of today I can say that I have officially been admitted into the Princeton University Class of 2022! ?? pic.twitter.com/EB0PHg5C9T