Substantial calendar reforms could come in 2020-2021

At a Council of the Princeton University Community (CPUC) meeting today, the Ad Hoc Committee on Calendar Reform presented their recommendations on calendar reform. They suggested that fall finals be moved to before break.

In order to move the fall finals before break, the fall semester would start earlier. Among the other changes, winter session would be expanded to two weeks. The number of weeks of classes would remain at twelve. Fall reading period would become eight days, and the spring term would start one week earlier. 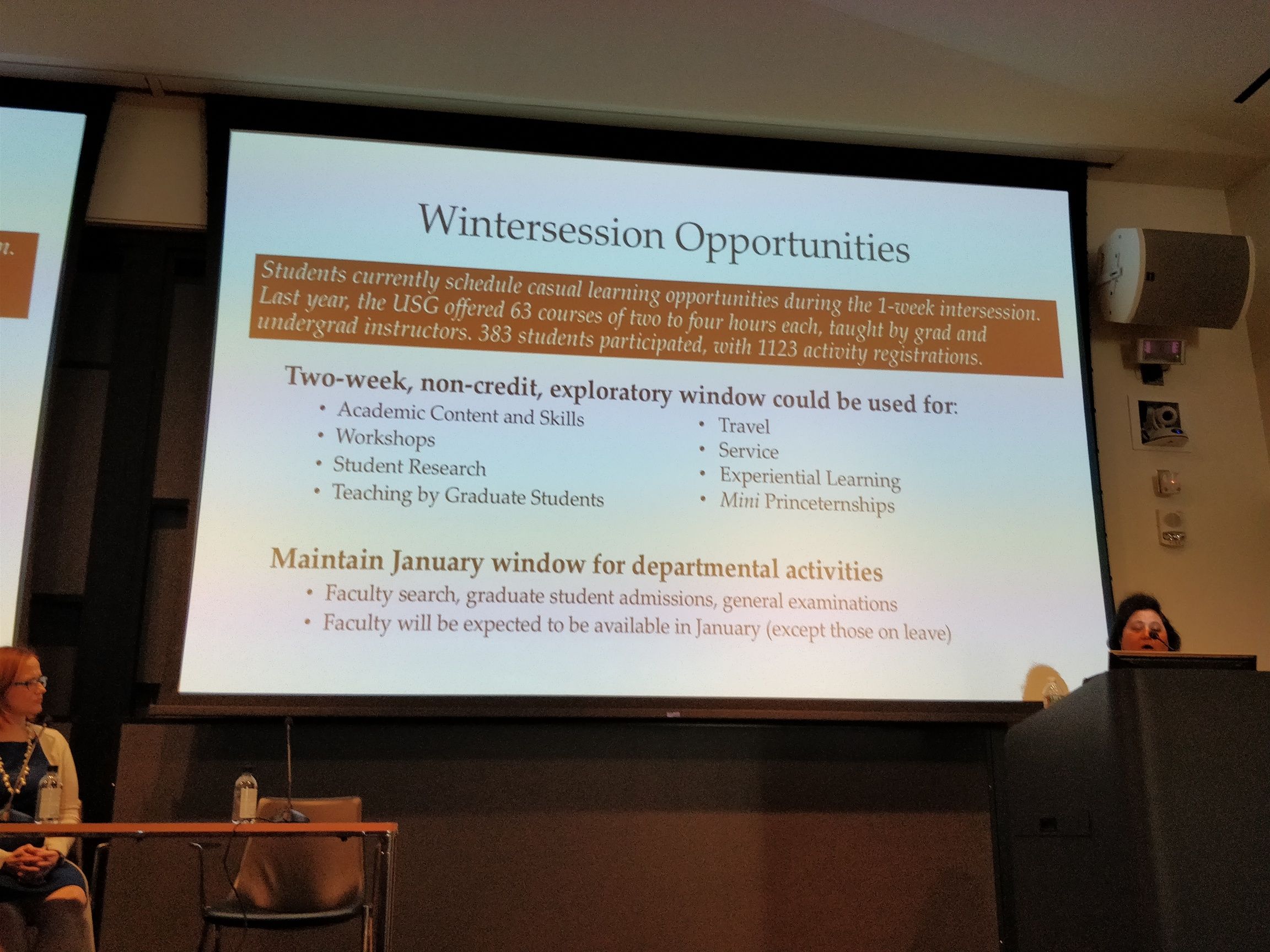 Wintercession would be expanded to two weeks, providing time for more activities.

In a survey performed by the committee, 75% of faculty respondents, 72% of undergraduate respondents, and 74% of graduate student respondents prefered the new calendar to the old one.

The faculty will be discussing these recommendations on their April 2nd faculty meeting, and then may be voted on as early as April 23rd. The reforms wouldn't take effect until the 2020-2021 academic year.