The extremist Christian group OpenAirOutreach protested on the intersection of McCosh Walk and Washington for several hours today. They held signs saying “Feminists are Nazis”, “Women belong in the kitchen”, and “All Masturbators Are Homos”.

One said they were there because "you guys are sexual deviants". The protesters said they may return tomorrow.

Princeton students responded in a variety of ways, with counter-protesters outnumbering the protesters at times. Kevin McElwee '18 began raising money for the Malala Fund and the Trevor Project, through Venmo (@PUFightsHate) and cash donations. They raised over $600 and will be continuing to raise money until Wednesday evening.

One sat in front of the protesters for hours, holding up posters with counter-protests written on them, including "Spread love not hate". Others joined her later with their own signs. 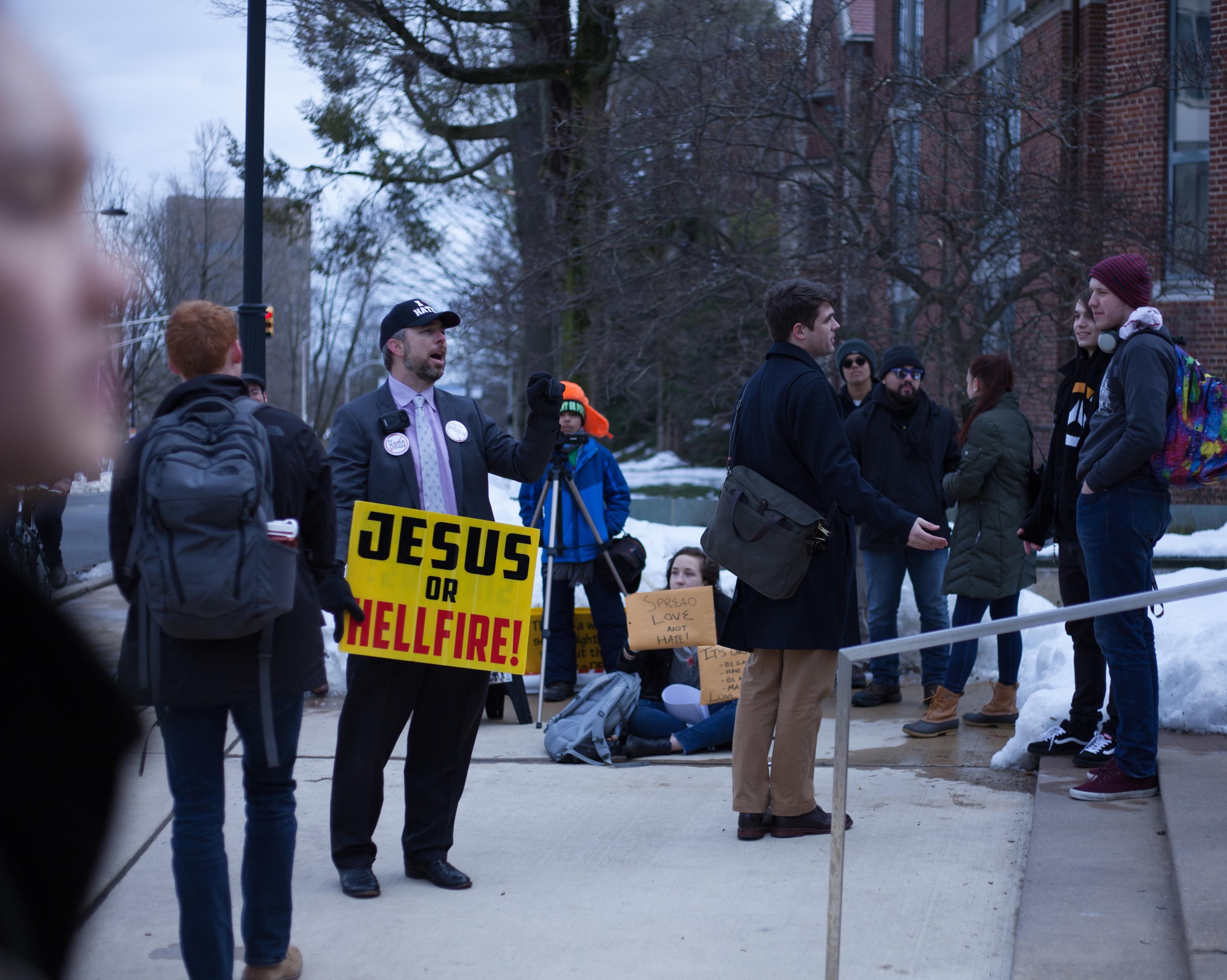 At times students watching the protests debated with the OpenAirOutreach demonstrators. Others brought a boombox and started playing music such as Macklemore's 'Same Love', drowning out the protesters who responded with a megaphone. One person even dressed up as a chicken.