Just months before Princeton University settled a lawsuit over its property tax exemption for $18 million last year, a trade group for independent colleges in New Jersey lobbied the state legislature to pass a bill that would outlaw that type of third-party tax appeal.

Princeton is a member of the group, the Association of Independent Colleges and Universities in New Jersey. The AICUNJ had not lobbied the legislature for any of the previous years that New Jersey’s election commission has posted disclosures online, and they only lobbied on this issue.

The AICUNJ hired the lobbying firm Archer Public Affairs last year for $119,241, mandatory disclosures with the state election commission say. Before that, the organization did not report retaining any lobbyists.

The proposed bill would ban certain third party appeals of property tax exemptions. Taxpayers would not be able to sue nonprofits that they believe were wrongly granted exemptions. Princeton University fought a similar lawsuit for five years before settling last year.

The bill passed the New Jersey Senate in May, and it is currently in front of the Assembly Appropriations Committee. While some bills come up in the legislature for many years before they are considered and voted upon, this bill was introduced for the first time last year.

Disclosures with the state election commission say the AICUNJ only lobbied for one other bill last year, which also sought to protect property tax exemptions for certain nonprofits. The AICUNJ has not responded to requests to comment for this article. 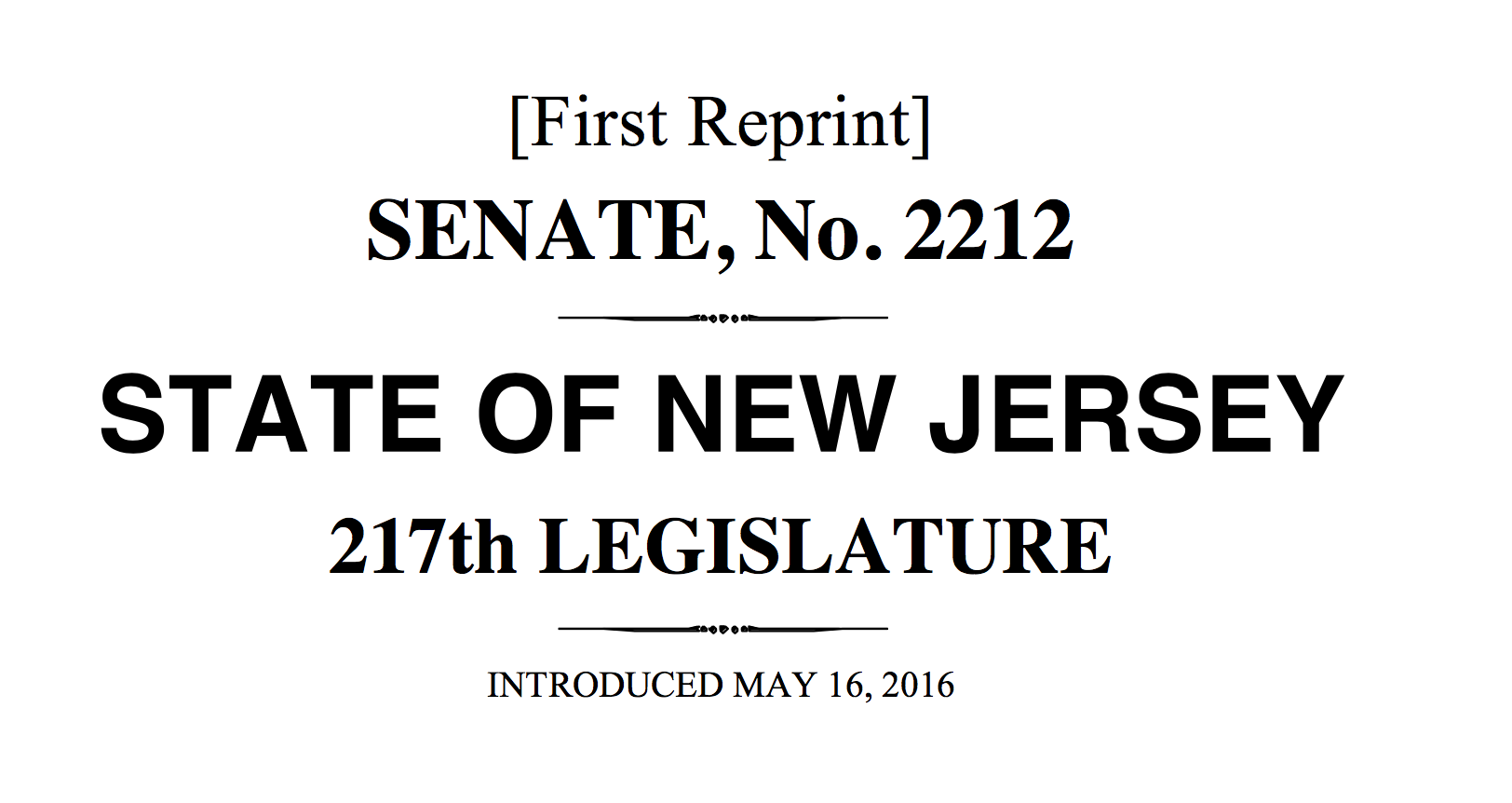 Heading on the Senate version of the bill.

“Historically, decisions about whether a nonprofit organization is entitled to tax-exempt status are made by the municipal tax assessor,” Princeton University vice president Bob Durkee wrote in an email. “Nothing in the proposed legislation changes the ability of a municipal assessor to make these decisions or to withdraw or amend the exempt status of a property.”

Durkee is a voting member of the AICUNJ Board of Trustees, according to Internal Revenue Service filings for 2015, the most recent year available.

Princeton-based attorney Bruce Afran made national headlines in 2011 when he filed the lawsuit on behalf of four Princeton residents, who sought to remove tax-exempt status from 21 University-owned properties.

The plaintiffs claimed that the certain properties on campus were used by for-profit companies, as opposed to academic purposes, and should not have qualified for property tax exemptions. The buildings included McCarter Theater, Princeton University Press’ office, and Alexander Hall.

The University unsuccessfully filed for dismissal seven times before agreeing in a settlement last October to contribute more than $18 million to the town of Princeton on top of any previous agreements. The tax court of New Jersey ruled in November 2015 that the University, not the plaintiffs, would bear the burden of proof if the case went to trial.

“What the legislation would prohibit is the filing of lawsuits directly against the non-profit organization, which potentially puts every nonprofit organization in the state at risk of a legal challenge,” Durkee wrote.

Negotiated financial agreement for payments from tax-exempt organizations to municipalities, including a $22 million deal Princeton University made with the town of Princeton in 2014 that is unrelated to the lawsuit, would also be shielded from taxpayer appeals by the bill.