Where they will end up may be a pleasant surprise

Twelve zodiac head statues from a ferocious dragon to a serene boar were removed from Scudder Plaza located in front of the Woodrow Wilson School on Wednesday, according to Sarah Binder, a spokesperson for the department.

Their disappearance comes as rumors floated about that the loaner time for the Circle of Animals is about to expire.

But patrons of art should not fret, the statues were only taken in to the conservation facility run by the University art museum to be cleaned and polished for maintenance, said Lisa Arcomano, manager of campus collections. The statues will remain there for the next few months, and will afterwards most likely be open to exhibit again at a different campus location for another 3 to 5 years. 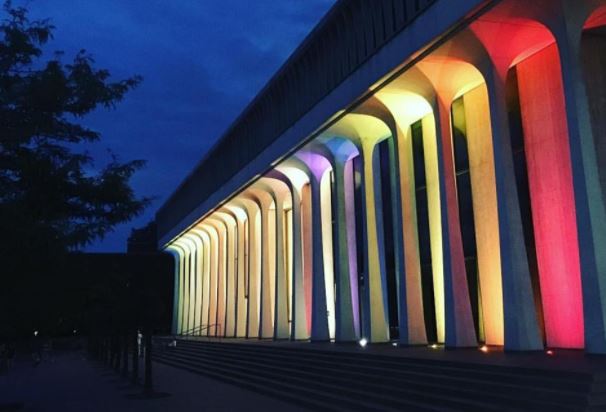 Zodiac heads at the Wilson School on a summer night

The new location for the zodiac heads will be announced later this fall, Arcomano said. The university is also looking to exhibit the zodiac statues in a circular arrangement as the artist has intended.

Ai Wei-Wei may also make an appearance at the university when the zodiac heads are displayed again, a source says.

The twelve piece artwork is an interpretation of 12 animal heads that originally surrounded a water clock-fountain in the Garden of Perfect Brightness in Beijing. This garden, once frequented by emperors and nobles, was looted and destroyed by the British and French during the Second Opium War. In an interview with the Telegraph, Ai Wei-Wei stated that he was playing with the idea of real and fake, and added into the mesh a critique of Chinese nationalism. The zodiac heads had since been displayed at the Smithsonian Hirshhorn Sculpture Garden and the Somerset House in London among other places.

Ai Wei-Wei is also known for designing the bird nest, the athletic stadium in which the opening ceremony for the 2008 Beijing Olympics took place. In recent years, the artist has had a tenuous relationship with the Chinese government for his political views.

Where do you think the statues will land on campus after this summer?