Update: According to Seth Kaper-Dale, Arino Massie, warehouse worker and father of a 13 year-old U.S. citizen, was deported Thursday afternoon after a stay of removal petition was denied.

While reporting to a routine ‘check-in’ with a Newark ICE office on Monday, four undocumented Indonesian Christians who fled religious persecution in their home country in the 1990s suddenly found themselves handcuffed, detained, and transported to a for-profit prison in Elizabeth, NJ. They now face a high likelihood of deportation, says Seth Kaper-Dale, Princeton Theological Seminary graduate and pastor of the Reformed Church of Highland Park that had opened its doors as a sanctuary for Indonesian Christians in 2012.

A spokesperson for ICE confirmed that the men are in custody and have been granted a hearing with a federal judge. He declined, however, to provide details about the causes of their detainment.

The four men, all tax-paying employees in New Jersey, have no criminal convictions. They include Arino Massie, a warehouse worker who lives with his wife and 13-year-old U.S. citizen child; Oldy Monolo, a factory worker with two children and three grandchildren in the U.S.; Rovani Wangko, a hibachi chef married to a greencard holder; and Saul Timisela, a factory worker who is supporting his disabled wife. Timisela’s brother-in-law was murdered in a reported faith-based attack in 1998, according to USA Today.

According to Kaper-Dale, the four men entered the United States with tourist visas in the 1990s in the wake of renewed religious persecution in Muslim-majority Indonesia. Yet, in after Sept. 11, 2001, they were told to supply their personal information to a Bush era federal registry for visa holders from Muslim-majority nations. Kaper-Dale stated that event this drew the attention of ICE.

Unfortunately for the four men, they were unaware of asylum application procedures until after 2001, when relevant laws enumerated a filing deadline within one year of arrival. They later overstayed their visas, Kaper-Dale explained.

After a new wave of deportations of Indonesian Christians swept across the country in the late 2000s, Kaper-Dale negotiated a three-year agreement with the Obama administration – a type of “order of supervision – for those at risk to remain in the country. After the order expired, Kaper-Dale opened his church to Indonesian Christians for 11 months. Sleeping in classrooms converted into bedrooms, they finally returned to their homes after collectively granted a “stay of removal” in February 2013. 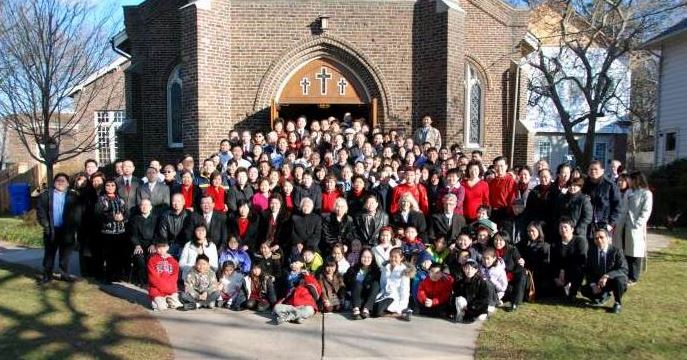 As a condition of this relief, the recipients must report to a local ICE agency at least once a year. That’s what led the four men to Newark, and from there to a detention center on Monday.

Congressman Frank Pallone (NJ-6) issued a statement Tuesday in response to their detainment.

“Oldy Manopo, Arino Massie, Saul Timisela, Rovani Wangko and their families have already experienced significant trauma as refugees over the last twenty some years,” the statement reads, “Rather than destroying the lives of these refugees the Trump Administration should look to the example of the Reformed Church of Highland Park, which has shown extraordinary compassion to these families in their time of need.”

On Tuesday, Kaper-Dale and over 100 New Jersey residents rallied outside the Federal Immigration Court in Newark. A Rally for Rutgers Student Leader was among the demonstrators.

Rally For Rutgers Student Leader Outside ICE Office in Newark