Update: After a conversation between the Center for Jewish Life and J Street U Princeton on Sunday, Director of CJL Julie Roth said to The Tab that their ties remain intact. She further noted that the CJL is not opposed to J Street bringing Breaking the Silence to speak on campus. Yet, as the event overlaps with Yom HaZakiron, the day commemorating Israeli soldiers killed in battle and in terrorist attacks, and Yom Ha’atzmaut, the celebration of Israel’s Independence Day, CJL did not want to host the program in the building.

The remainder of Roth’s statement is below:

“We have engaged in a spirit of partnership with students involved with J Street U since before 2014, when the group became formally affiliated with the CJL.  This year, we sponsored a group of students to attend the J Street national conference and arranged for them to meet with Jeremy Ben-Ami, a Princeton alumnus who serves as J Street’s national President.  Several active J Street leaders have traveled to Israel and the West Bank on CJL-sponsored trip with Ambassador Daniel Kurtzer to meet with Palestinian and Israeli leaders across the political spectrum.

The pro-Israel/anti-occupation voice is an important one to include, which is why I worked so hard to have J Street affiliated with the CJL.  We hope to find constructive ways to partner in the future.”

Months after J Street U Princeton requested space at the Center for Jewish Life to host a photo exhibition chronicling the experiences of ex-Israeli soldiers in the Occupied Territories, they were told permission denied. Furthermore, the group would jeopardize losing its affiliation with the CJL if it proceeds to sponsoring the event elsewhere on campus, says freshman Dylan August von Mittag, president of J Street U Princeton.

On its website, J Street U identifies itself as a political home for pro-Israel, pro-peace American students. The group is firmly committed to a two-state resolution to the Israeli-Palestinian conflict.

According to a group statement, the Princeton chapter had hoped to bring to campus ‘Breaking the Silence,’ an organization of Israeli veteran combatants serving on ground since the start of the Second Intifada. J Street U did not request any CJL funding for the event, only an open space, Mittag said.

Yet, citing issues of credibility, the CJL decided against welcoming the group on its premises, Mittag explained. During discussions with the CJL, the J Street U Princeton leadership was told that as ‘Breaking the Silence’ exhibitions involve a large number of anonymous accounts, their authenticity is questionable. However, Mittag believes that there are larger issues of presumed anti-Israel sentiments at play.

Mittag noted that his event proposal was adjudicated by a committee in the CJL comprised of current students and staff members, which rendered the negative decision. However, in the past, may events have circumvented the bureaucracy and received direct approval from the Center’s director, Mittag said. These events tended to be more prominently pro-Israel, according to Mittag. 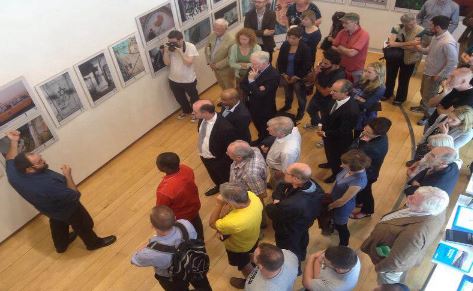 “Either because of political reasons or not, the CJL claimed stories from ‘Breaking the Silence’ may not be true. And they have the power to do that as the testimonies are anonymous,” Mittag said.

J Street U Princeton subsequently supplied information about presentations ‘Breaking the Silence’ had held on other campuses. Yet, despite their response and concerns over the safety of combatants were they to be named – many in the Israeli military sign binding confidentiality agreements – the CJL stood its ground. 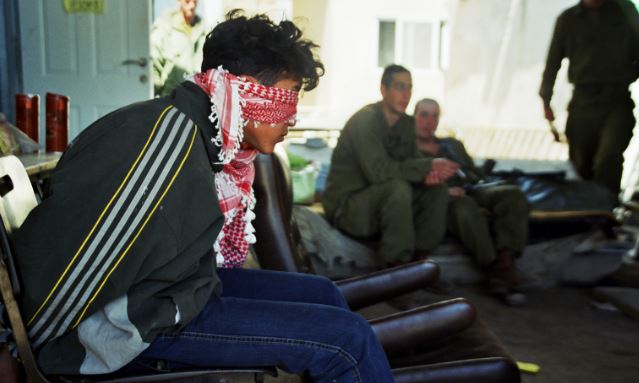 Photo from ‘Breaking the Silence’ project of Occupied Territories

CJL’s decision sends a clear message that there is no space for pro-Israel, anti-occupation voices within the Princeton Jewish community or for serious critical engagement about the Israeli-Palestinian conflict and the challenges faced by Israel today, read a statement from J Street U Princeton.

“These soldiers who gave their narratives aren’t there to take political positions. They share their stories that may shed light on policies that have implications for everyday life,” Mittag said.

Mittag and his peers subsequently strived for a compromise, proposing to hold the exhibit in the Carl A. Fields Center. However, that too was met with objections, according to Mittag. As J Street U Princeton is formally associated with the CJL, hosting the event against the wishes of the Center may result in a revocation of his group’s affiliation status, Mittag explained.

Nonetheless, the exhibit will take place on May 2nd through May 3rd at the Carl A. Fields Center. The J Street U leadership expressed that they did not take this decision lightly and deeply value its ties with the CJL.

“We would definitely love to remain affiliated with the CJL if given the chance,” Mittag said.

A member of the CJL Student Executive Board did not immediately respond to a request for comment.

Previously, five members of J Street U Princeton had joined 500 peers in their parent organization in co-signing a letter urging Birthright – a major sponsor of trips to Israel – to speak out against a new law that deny entry to any supporters of the Boycott, Divestment, Sanctions Movement. This travel ban would apply equally to people of all nationalities deemed to be involved with BDS.

“Some in the Jewish community think that I am anti-Semitic. That cannot be further from the truth,” Mittag said. “I truly love Israel, and I think to really love something is to show that at times, you won’t shy away from giving due criticisms.”

This story is developing