Princeton President tells The Tab: ‘A leading university has become the target of a hostile government’

‘CEU has become the target of a hostile government, precisely because it is a leading university’

After the introduction of a legislation in the Hungarian parliament aimed at shutting down the country’s top-ranked Central European University, Princeton University president Christopher Eisgruber ’83 penned an open letter to Rector Michael Ignatieff expressing concern. As the streets of Budapest erupted in protest against the parliamentary attack on Hungary’s famed humanities institution known for its liberal thought, The Tab sat down with Eisgruber to discuss his work with CEU and his thoughts on the legislation.

Why did you decide to write the letter?

I think there are a few reasons that come together. One is that the Central European University is really a great institution. It is a place that Princeton has a lot of connections with. Secondly, it’s a place I know personally, so I felt very able to speak for the importance of the institution on the basis of the work I had done there. And thirdly, there are very important issues of academic freedom at stake. This is a leading university that has become the target of a hostile government, precisely because it is a leading university. So this is a circumstance where we have to stand up for institutions that are at risk.

Have you heard back from CEU since you wrote the letter?

I got a nice note from the Rector of CEU, Michael Ignatieff, who is himself an extremely prominent political theorist and has given the Tanner lectures on Human Values here on the Princeton campus a couple years ago. He published a book on human rights with Princeton University Press after giving these lectures. 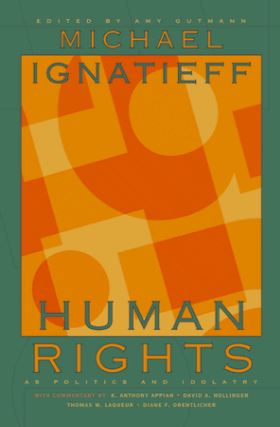 You mentioned that you and other faculty members are now organizing for CEU. What additional work have you and others done?

There are many faculty members and university presidents who are now organizing while all of this is happening very rapidly in Budapest. Whether or not we’re able to stop this, we don’t know. It’s probably not a surprise to the government that there’s opposition but we hope we can change their mind.

I have agreed to add my name to another letter that is being put together among presidents and chancellors of universities in support of CEU. I can’t give anymore details at this point.

In your letter, you wrote that “while directing Princeton’s Program in Law and Public Affairs, I co-directed a joint Princeton/CEU project on international human rights.” Could you elaborate more on that experience?

Global Justice and the Bulwarks of Localism: Human Rights in Context (2005) was the result of a pair of conferences we did; one at Central European University in Budapest, and another follow-up conference in Princeton. I had spent three days on CEU’s campus, during which there were discussions about human rights and local culture. And the main question was under what circumstances are human rights claims universal and when are they sensitive to context or culture. It was a very high quality set of conferences. I was impressed because the participants associated with Central European University, including my co-director, Andras Sajo, were excellent as were the students.

There were faculty members from other universities and constitutional judges from across Europe there as well. It was clear that Central European University’s network was very strong. 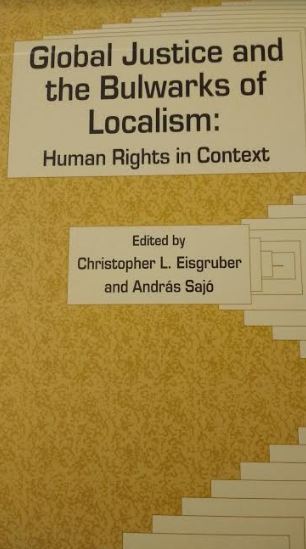 Are there other areas of involvement Princeton has with CEU?

We have undergraduate students who have studied at Central European University. And we have a number of faculty who had taught there or had projects done in conjunction with CEU.

You also wrote in your letter that “No one should be deceived: the legislation is an unconscionable attack upon academic freedom.” How did you reach this conclusion?

I believe what the new legislation proposes is a new requirement beyond those that CEU had already met. The CEU had been in existence for over 25 years and during that period had been in compliance with relevant Hungarian laws as well as laws in the United States. This new legislation adds a requirement, which is that foreign universities with campuses in Hungary are required to have campuses in their country of origin.

The only university affected by this requirement is the Central European University, because every other university already does have campus in their country of origin. CEU would be effectively be shut down by it.

So, the Hungarian legislature effectively asked, in some sense, ‘hey what’s different about this University,’ and they figured out that it doesn’t have a campus in the United States. Now they are trying to enact a law that singles out Central European University, after it has been operating for 25 years as the most prominent institution in Hungary and one of the most prominent in Europe in many fields.

As a constitutional scholar, do you think, if this legislation goes through, that it may set a precedent for institutionalized suppression of academic freedom in the United States?

No. I don’t. Fortunately, I don’t think the same kinds of risks are there. I do think we need to be sensitive to this in other parts of the world. There were a number of steps taken in Turkey to remove faculty members from prominent universities after the failed coup. So, we’re seeing it more in the world. We are seeing it in places with strong universities and rich traditions like Hungary. I think we need to stand with those institutions when events like this take place. I think we’re fortunate to have strong support for institutions in the United States. But things changed very rapidly in Hungary so it’s hard to predict the future.

Do you think there are stronger legal protections in the United States for academic freedom?

The full text of Eisgruber’s letter is shown below:

In light of pending legislation in Hungary that endangers your university, I write to express my esteem for the work of the Central European University, my support for your institution, and my deep concern about the Hungarian government’s treatment of it.

I am therefore deeply concerned that the Hungarian government has proposed legislation that appears intended to shut down the Central European University. Though the legislation comes disguised in neutral categories, its key provisions affect only one university. No one should be deceived: the legislation is an unconscionable attack upon academic freedom, and all friends of free speech and civil society should recognize and oppose it as such.

I know that many of my colleagues here at Princeton join me in hoping that the Central European University will be able to continue its valuable work despite this assault upon it.