University Store President Jim Sykes fiercely defended his business’s practices in response to inquiries from The Tab about overpricing at the retail shop in light of a recent investigation by the Princeton University Press Club.

According to the Press Club article, U-Store goods were priced 67.33 percent over their usual values on average and only one out of thirty items surveyed was below the market price. Additionally, the article noted that the most profitable goods were located closer to the main entrance for easy access. 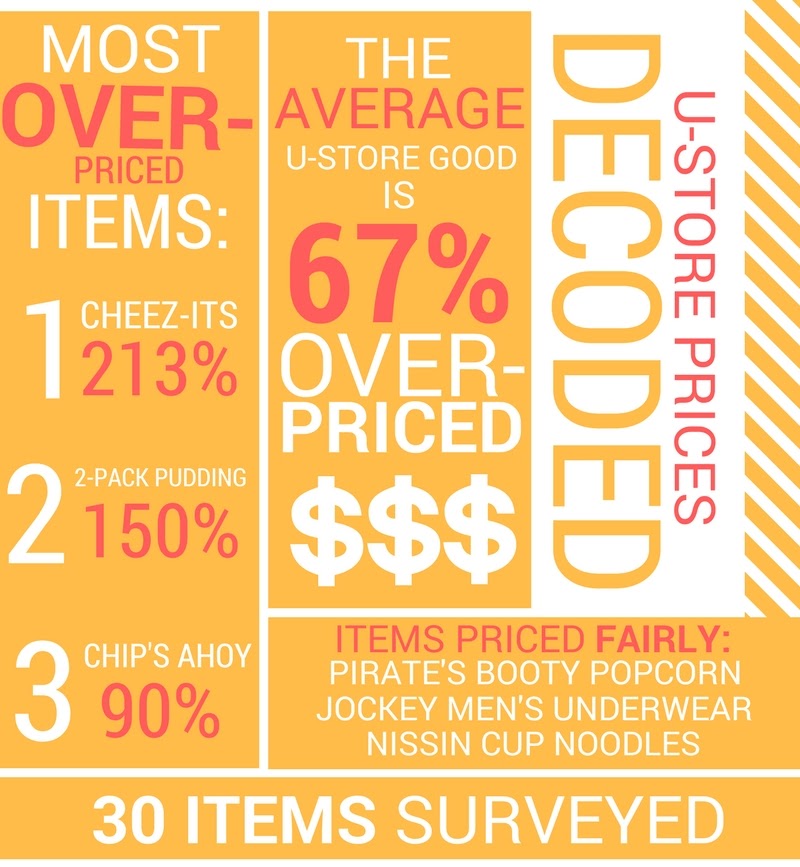 Infographic made by and originally published in Press Club

However, Sykes, after seeing data compiled by Press Club, claimed that these findings involve a “lack of understanding” of retail pricing models.

According to Sykes, the U-Store lacks the volume and purchasing power of retail chains like Amazon, Target, and Walmart which served as the basis of comparison in the Press Club article. Additionally, Sykes noted that the U-Store generally has higher expenses, being located on University property.

“My staff did review the items quoted in the article and I will tell you our cost was higher than the retails listed.  In each case the other three retailers were selling it for less than we paid for it,” Sykes said.

Yet, Sykes declined to reveal the exact cost at which U-Store purchased the quoted items. According to the Press Club article, a 12.4 oz. box of Cheez-Its was priced at 213 percent over its comparable price. Hunt’s Pudding exceeded its market price by 150 percent and a 13 oz. box of Chip’s Ahoy cookies was 90 percent over its competitor’s price. Sykes could not release the price of purchase for these items to The Tab.

According to the store’s financial documents, in 2016, the total cost of merchandise sold was $5,032,138. The store made $8,551,469 in revenue, producing a gross profit of $3,519,331. Of the gross profit, $1,532,361 was spent on salaries and wages for its employees. The financial statement does not reveal the number of employees the store has. A source familiar with the operations of the Store informed The Tab that the vast majority of the salary and wage budget has gone towards a limited number of full-time employees. These full-time employees perform administrative tasks such as setting the price and managing in-store workers. Staff members stationed inside the stores as cashiers and stockers are mostly seasonal workers, the source said. 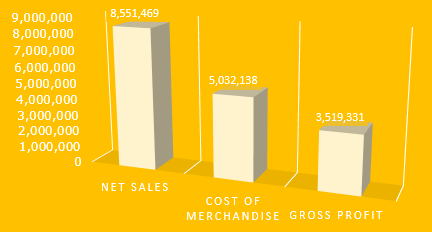 Sykes refuted the claim about the limited number of full-time employees at the U-Store. When asked by The Tab about staff wages, Sykes stated that in the context of the University community, salaries paid to U-Store employees are in the lower end of the spectrum.

Nonetheless, Sykes said that his staff works very diligently to ensure competitive pricing with larger buyers like CVS and Wawa. He also noted that his business has easy return policies and operate longer, more convenient hours than its competitors.

Additionally, Sykes also categorically denied claims that his store arranges product layout in a way to optimize purchase of higher margin goods. All arrangements are made for ease of access, he said.

“If we were just trying to maximize profit margin, we would place the Princeton Apparel and Gifts area closer to the campus entrance and checkout stands since it is much more profitable than food sales,” he noted.

In response to an inquiry about the U-store’s decision to sell prepared foods from select, often higher-price vendors like D’Angelo, Sykes noted that a variety of factors—including assortment, quality, cost and service—determined the choice.

However, he also noted that the store takes suggestions from members and that he would try to accommodate a request for change if it’s received in a significant number.