In a Princeton thrift shop, $5 could buy a vintage dress and support refugees, the homeless

With items that sold for $1 to $10 dollars, thrift shop raised $1205 for refugees, churned out a dozen boxes of clothes for the needy

It’s not every day around Princeton when high fashion brand dresses and suits can be found for a range of $1 to $10 dollars in a thrift shop with all proceeds going to help refugee families and individuals in need.

Over a span of four hours, the thrift shop that opened its doors this past Saturday in the Frist Multipurpose Room had generated around $1,200 for the International Rescue Committee, a nonprofit organization dedicated in part to supporting refugees of humanitarian crises. The event attracted hundreds of students, staff members, faculty, and visitors. 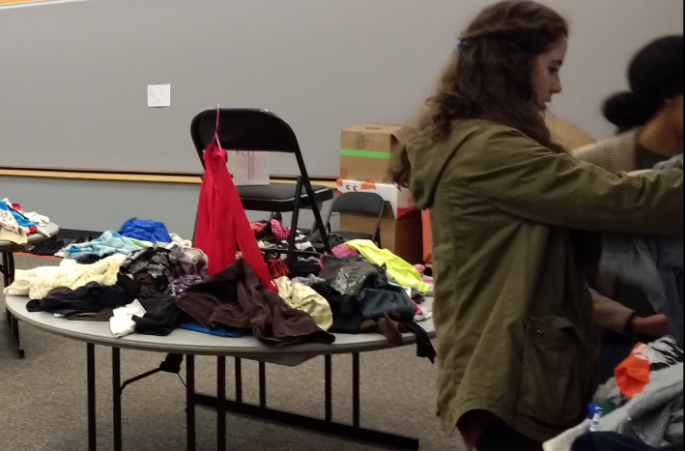 According to event organizers Kathy Chow, a senior and Soonho Kwon, a junior, Princeton students had contributed more than 30 fully-packed boxes of clothes for this shop. With boxes donated by the Princeton University Store, Kwon had set up drop-off stations at Frist Student Campus Center, the basement of Dod Hall, Colonial Club, and even arranged for pick-ups of large packages from individual dorms beginning on first day of classes.

“I don’t think anyone expected this level of cloth donations. I was really encouraged by the level of turn-out,” said Kwon.

Ranging from accessories to professional attires, the clothes donated were unusually affordable given the market rates around town. A pantsuit worth close to $70 dollars was sold for only $10 in the shop, while another Eva Franco piano dress was marked for $5. Another table labeled as “miscellaneous” had clothes on a ‘pay as you like’ going rate. 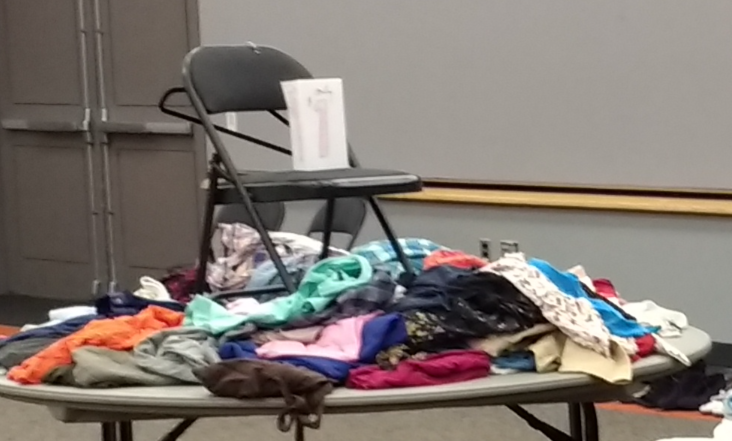 “It is a plus that the event also made it possible for many to shop on a limited budget,” said Chow.

Remaining items from the thrift shop will be picked up by Rescue Mission of Trenton, a local agency dedicated to sheltering the homeless and aiding needy families to be distributed to residents.

Both Chow and Kwon noted that the idea for the shop first originated in the wake of Trump’s inauguration. Trump had signed over 12 executive orders as of February 10th including the controversial travel ban.

“I felt really powerless right after the inauguration,” said Chow, “but soon I realized that money is important for the people affected and hence came up with the idea of a thrift shop,” said Chow.

The shop accomplishes the three-fold mission of promoting ideas of environmentalism, supporting the refugee community, and helping combat poverty and homelessness in Trenton, Chow said.

“Shopping second hand is a way to be environmentally friendly and to save a student’s budget,” she added.

Members of the Princeton Manna Christian Fellowship volunteered and staffed the shop. Kwon and Chow also thanked the Princeton Clay Project for its support.