‘It was demeaning and frustrating’: Princeton undergrad and step-son of British MP speaks out against Trump’s travel ban

The process to reach an exemption for British dual-citizens was gruesome, he says

Though dealt a heavy blow by the court decision last Friday, Trump’s travel ban continues to alarm people across the country, prompting masses into action and resistance.

Here, The Tab sits down with a current Princeton undergrad of Iraqi descent to talk about his thoughts on the ban. The interviewee’s step-father, Nadhim Zahawi, is a British Member of Parliament who expressed outrage at the ban the day it was issued and fought for an exception for dual British citizens of the seven designated countries and naturalized citizens of Britain. In his Guardian op-ed, Zahawi recounted how one of his sons at Princeton had a life-threatening illness last year, prompting the parents to drop everything to be with the son.

“We had to face the possibility that we may not be able to do so again,” Zahawi wrote, “It is so sad that the president of that great nation, which should be a beacon of freedom in an often dark world, had – until the intervention of our government – decided that for my boys, their mum and dad were unfit to enter his country.”

The interviewee has cross-citizenships in Britain and Canada, and is of Iraqi descent. He asked for anonymity. 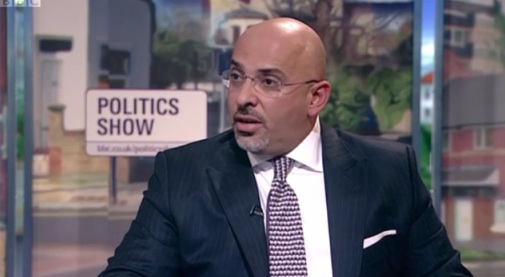 Where were you when Trump signed the EOs?

I was in the United States and I was about to travel to London to see my family. As a result of his orders, the trip was called off. It was pretty demeaning and frustrating, because I have never been subjected to an external force of this kind and told I can’t travel because of my nationality or race. Despite my name, I’ve never felt discriminated against in this country. It’s very frustrating.

Yes it must be. What immediate actions did you take after hearing about the EOs?

At first I was under the impression that maybe I could travel because I was a British citizen. But soon I received a couple emails from members of the Princeton community, one of whom was of my preceptors who asked whether I was affected by the ban and whether I needed any help. I also spoke to my step-father. I did consult someone who knows the judicial system of this country fairly well and he came to a quick conclusion and recommended that I should not travel at the time, though he said that ultimately it’s likely that an exception will be made for dual-citizens. In the first couple days of the ban I was already hearing from friends and family who were barred from entry into the US, this includes my cousin who couldn’t come back to study.

I’m so sorry to hear that. So did you live in Iraq for any prolonged period of your life?

No, I didn’t actually. The first time I had been back in Iraq was when I was 13, and I went back for a short time. Then I took a couple trips in the years after, including one month in 2013 when I worked in a UN sponsored refugee camp. I had lived in the UK for the majority of my life, which was why the ban felt rather ridiculous. In truth, I do identify with being an Iraqi, because my family did come from the country. But yeah, I was still impacted by the ban.

Every country must control its borders, but Trump's ban is counterproductive and wrong – my piece for @guardian https://t.co/i7jbFiv7SD

In light of everything that’s happening regarding the ban, what are your thoughts and feelings?

The whole concept of people being banned from these countries is pretty unimaginable. Yet now it’s already beginning to feel normal—like we’re discussing it as a legitimate issue— which is pretty upsetting. It feels like something out of a dystopian novel. I can see how some people would support the ban [to counter terrorism], but the ban now impacts students and workers. I was coming back from New York last night and heard from my Uber driver that he knows of a Yemeni doctor who had done a lot of service in this country who now can’t return to the US. Not only that, his visa also got revoked. I have friends at MIT and Boston University who can’t come back. The ban also impacts desperate people such as refugees, which goes against America’s founding value.

So does the exemption for British nationals provide you any personal relief?

On a personal level, the relief is that now I can travel. And it’s encouraging to see representatives from other countries like my step-father can actually help lift the American ban. But I don’t think this is enough. The whole thing raises so many ethical, moral questions.

Suppose the ban were to stick around for the reminder of Trump’s administration, what kind of impacts would it have on you?

If the ban were to continue and if the language includes me, I would have to end my education in the United States because I would not be able to stay here. But even if it doesn’t include me, it would still have so much social and cultural impact. It certainly makes people like me less comfortable to stay here. But I should also mention that there are so many people who are against it. I got a lot of messages from people who are concerned, and when I was in Boston, there were so many people protesting the ban.

Did you participate in any protests or demonstrations yourself?

Not personally. I’ve mostly been working through my step-father’s expansive network of influence, both speaking to and through him. I am fairly privileged that I am in a position to have this level of access.

Speaking of your step-father, what do you think his next steps are for fighting the ban?

From my own standpoint I’m not sure what more he could do to abolish the ban given the compromise made to allow British nationals to travel. However, my step-father and some of his colleagues did introduce a resolution in the House of Parliament in an emergency debate calling for a condemnation of the ban and for the United States to rescind it. That resolution was passed by the house.

When you said “compromise,” do you mean that the process of getting that exemption for British citizens was rather challenging?

Oh yes, absolutely. To reach the point where British nationals were allowed to travel was pretty gruesome. I don’t know from my own experience but you can see what my step-father has tweeted, and what other British nationals have said.

It sounds like that the American administration wasn’t quite receptive to the idea of allowing an exception for British nationals, as in it really demanded a complete ban.

Absolutely. There was a lot of conversation. I mean obviously the US and the UK are allies and as [the British] Prime Minister mentioned they can’t really get in each other’s policies. And it really is the first time when the two countries had to make arrangements for individuals with certain nationalities. But yes, it really took a lot of persistence from a lot of people.