Ted Cruz has continued to be one of Princeton students’ least favorite alumni as “better dead than Ted” posters have been plastered up around campus.

“Ted’s a mess!” posters were also spotted by Tab reporters in Frist today. 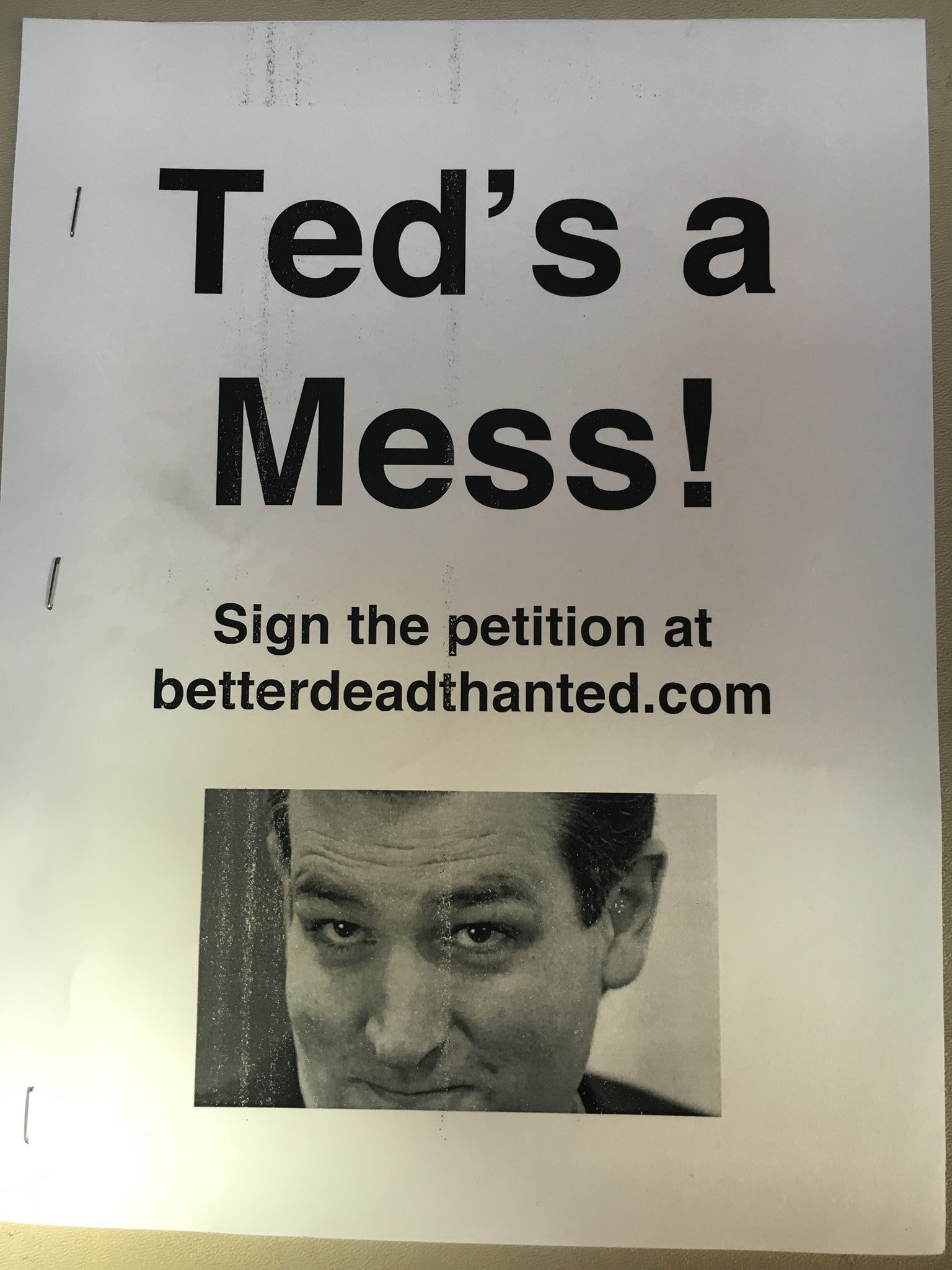 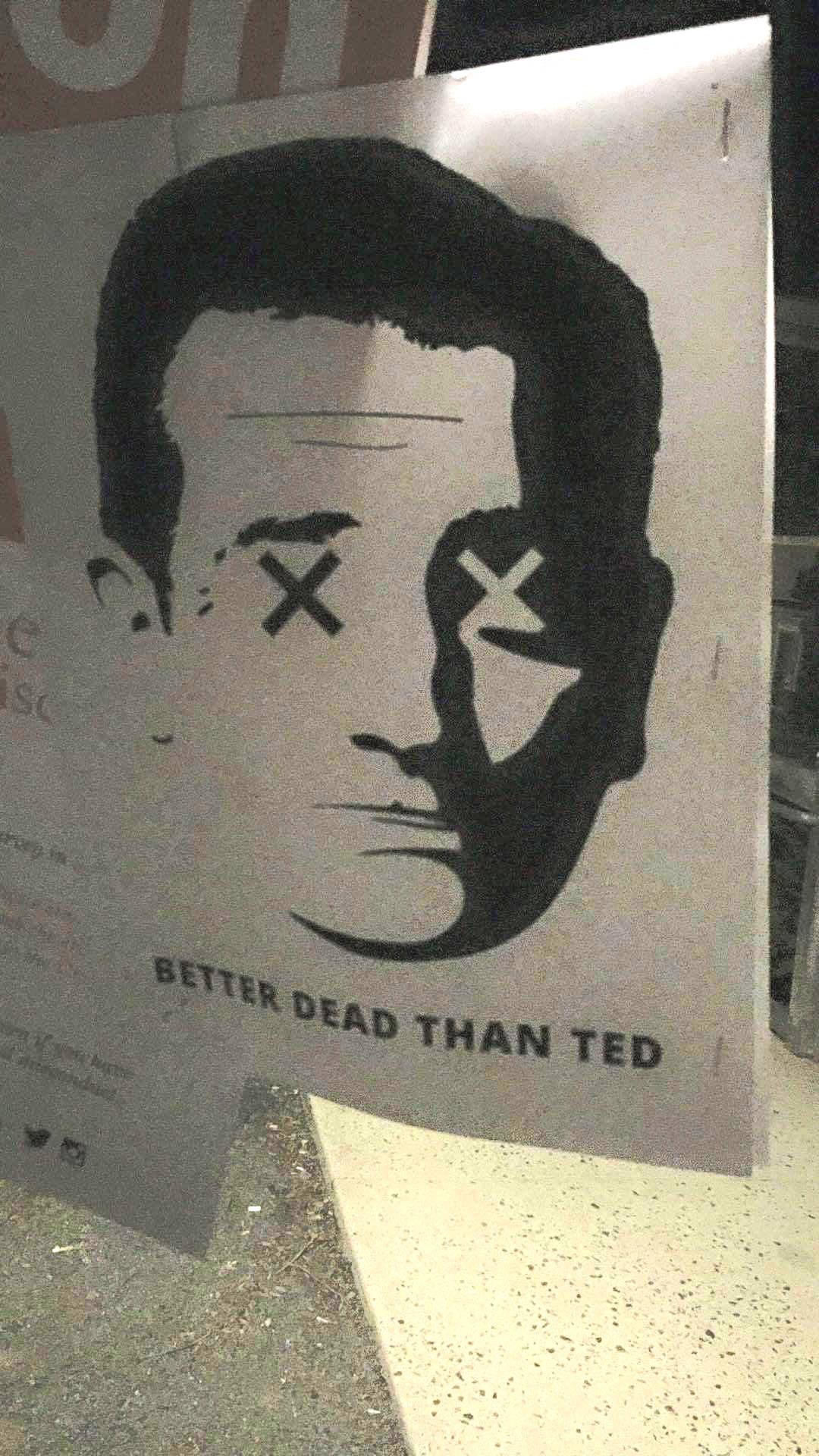 The site Better dead than Ted contains a petition where you can “voice your opposition” to the Cruz campaign. T-shirts are also on sale alluding Ted Cruz was the Zodiac Killer, for $15.

The petition explains: “Ted Cruz should not be America’s next president. In his career in politics, Ted has consistently shown himself to be an opportunistic con man with a estranged relationship with the truth and common political decency. His conduct throughout his political career is not becoming of a future president.”

Cruz came under fire this week after claiming law enforcement should secure Muslim neighborhoods in the wake of terrorist attacks in Brussels which killed 32 people, and wounded dozens.