The unbelievable story of the imposter who came to Princeton

If you feel like you don’t belong, rest assured there was one of us who really didn’t

Last week we spotlighted the novel, Princeton Impostor. Though the novel is entirely fictional, one account of a real Princeton impostor is an even wilder tale of identity theft and fraud.

In the spring of 1988 the admissions department here at Princeton received an application from a certain Alexi Indris-Santana. In his application, Santana claimed to be a self-taught orphan from Utah who grew up sleeping in the Grand Canyon, herding sheep and reading philosophy.

Admissions made the fateful mistake of believing him, and the fraud James Hogue was accepted to the most prestigious undergraduate university in the country. Don’t worry, this is the only mistake admissions has ever made. 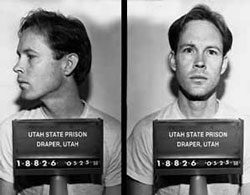 A mugshot of James Hogue

Hogue chose to defer admission for a year, not telling Princeton that the real reason he didn’t enrol immediately was that he was in prison. Then for the following two years, Hogue studied full-time as a student under the name Santana, and even ran on the track team. The illustrious Ivy was quick to recognize their own, and admitted Hogue into the club after his freshman year.

Hogue’s façade was finally exposed when a former high school classmate identified Hogue to a reporter. He was arrested for defrauding the university out of $30,000 in financial aid, and was sentenced to three years in jail.

This wasn’t enough to deter Hogue, however. Not long after his release, he was back at it, this time at Harvard. After lying about his identity again, he got a job as a security guard in a museum on campus. Hogue’s propensity to steal also returned, and a few months later Hogue was arrested for replacing several gemstones with cheap fakes. He was arrested and charged with grand larceny for $50,000 of property.

But Hogue still hadn’t gotten enough. After being released from prison for the third time, Hogue violated his parole in Massachusetts and returned to Princeton. This time Hogue didn’t officially enrol, but he attended several parties and even ate in the dining halls using the name Jim MacAuthor. Hogue’s antics didn’t last long as a graduate student soon recognized him. He was arrested on February 19, 1996, and taken into custody by the Princeton Borough Police.

Since then Hogue has not (it is assumed) shown his face on campus again, but if that guy in your Econ lecture looks too young to be an auditor but too old to be an under-graduate, look twice. It might be Princeton’s very own version of Frank Abagnale.