AAS Prof. says Princeton police handcuffed her for a parking ticket and denied her a phone call

African American Studies Professor Imani Perry has made several allegations on Facebook about her arrest on Saturday by the Princeton Township Police.

Perry said she was pulled over for one outstanding parking ticket on Saturday, and then handcuffed and taken into custody. 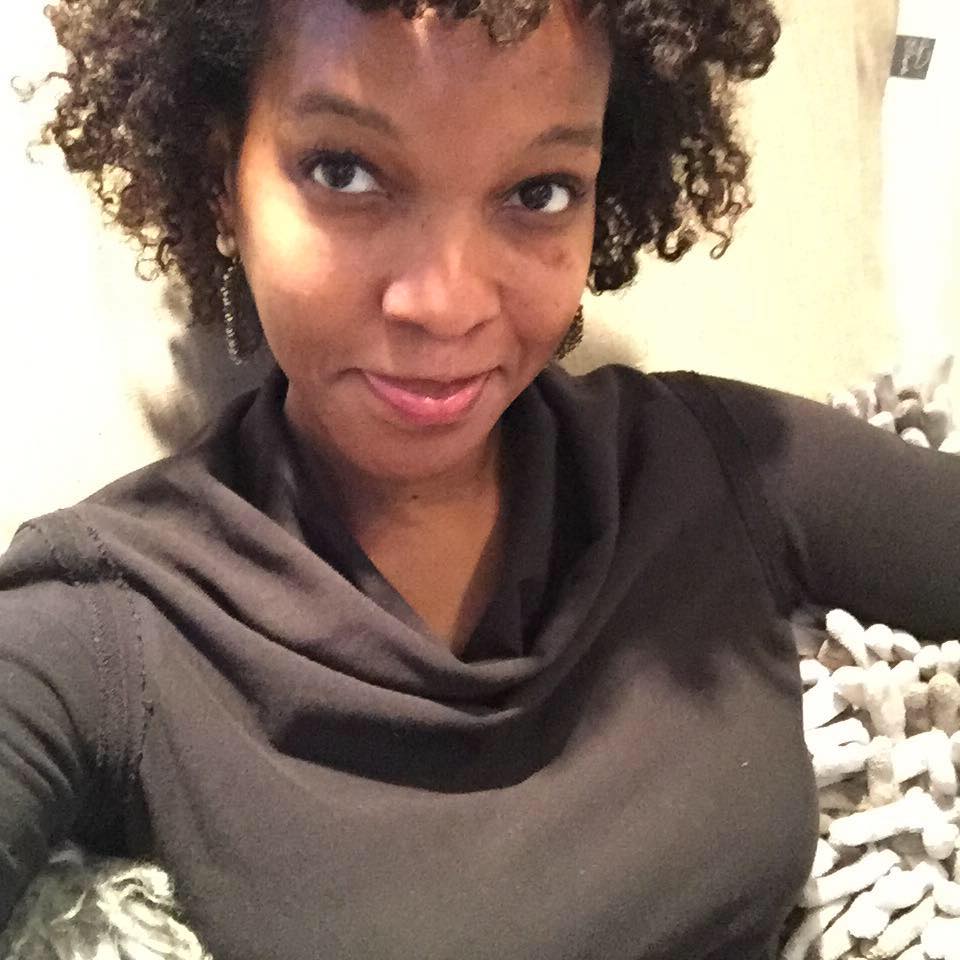 Perry claims the parking ticket was from 2013, and that the male officer present conducted a body search even though a female officer was also at the scene. Police denied her request to call the University to alert someone she was being taken into custody, she said. 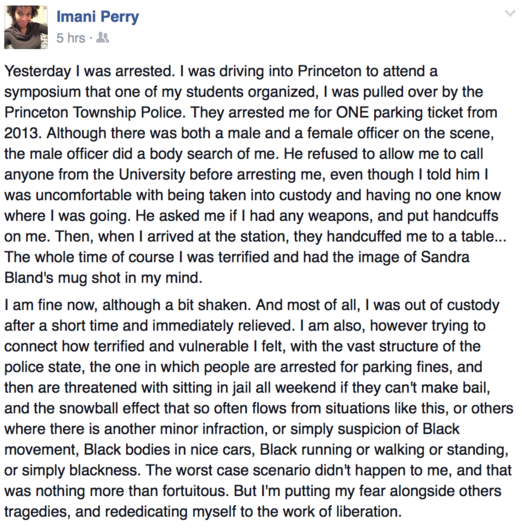 In addition to her account of the arrest, Perry published a Facebook note with her thoughts on the incident’s racial implications, as well as the type of feedback she has received over social media:

“I cannot ever say definitively that this specific mistreatment was a result of race. But I can say that what I experienced was far more likely because my skin is a deep brown, my nose is round, and my hair is coily.

“Some critics have said that I should have expected what I received. But if it is the standard protocol in an affluent suburb to disallow a member of the community to make a call before an arrest (simply to inform someone of her arrest) and if it is the protocol to have male officers to pat down the bodies of women, and if it is the norm to handcuff someone to a table for failing to pay a parking ticket, we have a serious problem with policing in the society.

“If it is not the case that this is the general practice, then I hope everyone reading will consider the possibility that the way I was treated had something to do with my race, and that we have a serious problem with policing in this society particularly with respect to Black people.”

Perry’s full note can be read here, and her tweets about the arrest can be found here.

As of 11:30AM Monday, Princeton Police Department has not responded to The Tab’s requests for comment.