The first week of Princeton’s spring semester classes are underway, but if you think your son or daughter is hitting the books, you’re deluding yourself.

During most weeks you’d be right–after all, it is one of the most rigorous academic institutions on earth, and students don’t have much time to slack off.

But this isn’t an ordinary week. This is bicker week.

This is the single most defining week of Ivy League social climbing. This week, there’s no time for studying.

For three head-spinning days, problem-solving, critical thinking, and essay-writing give way to the arts of handshaking, name repetition, and smalltalk at the school F. Scott Fitzgerald once called, “The pleasantest country club in America.” These are the first-impressioning skills future Princeton alums will hone for decades to come as movers and shakers in their respective industries.

But while most of the mansions on Prospect Avenue were prescribing nervous sophomores a 72-hour dose of interviews, ice-breakers, and social challenges, one house remained empty.

Outside, the club’s senior members stood alongside their sophomore recruits as equals. The scene was too calm, the dynamic too egalitarian, the underclassmen too at ease for this to be bicker week.

And then this happened:

The video was filmed and directed by Director of Photographer Cameron Kerr and hosted by Senior Reporter Dom Olivera.

The 33rd/69th/1st Annual Cloister Car Smash (depending on who you ask) was a refreshing blip in what is the most stressful week of many Princetonians’ college careers. 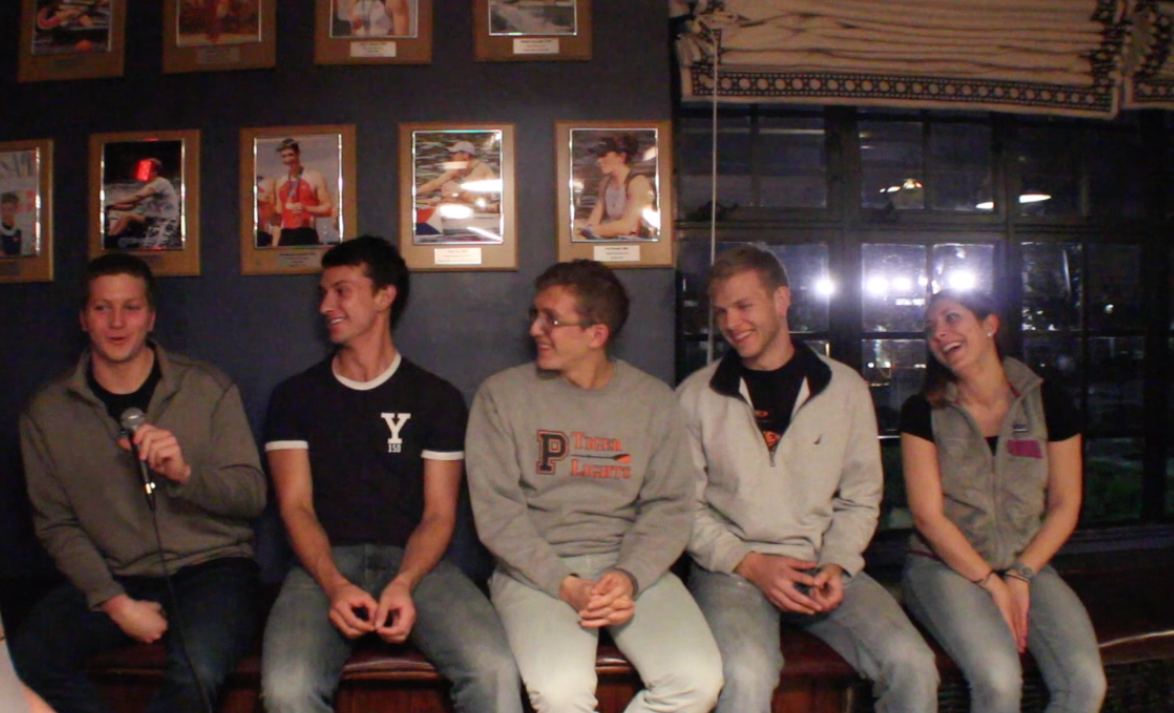 “When we took our term as new officers we were looking for ways to sort of spice things up,” said Cloister Vice President Henry Ogilby.

The officers hit every scrap yard in Trenton before landing on a Nissan Mercury from 1999 for 500 bucks. The rest of their budget went to a crowbar, a wood splitter, a hatchet, and a sledgehammer. House Manager Matt Lotocki had the pleasure of owning the vehicle for the few hours it was intact.

“This is my first car, actually,” he said. “We don’t have a license plate for it, we don’t have insurance on it…it discharges oil all over the road…we drove it back with none of the required documentation.”

Somehow the wreckage didn’t feel destructive and the profanity didn’t feel vulgar. They felt triumphant. “Fuck bicker, drink beer!” was a Cloister officer’s rallying cry from the top of the Mercury during its final moments of life. 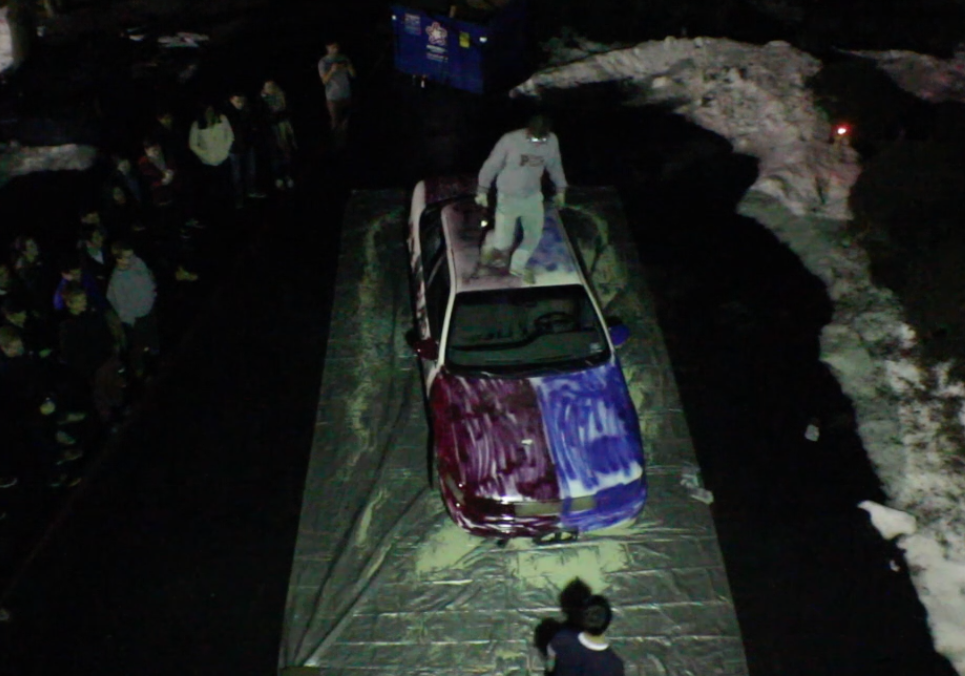 Then 200 of his closest friends began laying into the “Fuck Harvard” and “Fuck Yale” labels graffitied onto the doors. It was like watching an uncensored, unwarranted version of the University’s traditional Harvard-Yale bonfire.

The footage is simultaneously the least-Princeton and most-Princeton thing you’ll see for a long time: a bunch of degenerate college kids shirking their academic duties to be destructive–but wearing goggles while they do it, taking carefully-timed turns in the destruction, and sweeping up after themselves intermittently; a crew of 20-something dudes riding around in a spray-painted ’99 Nissan–en route to their mansion where it will become a prop in a wealth-fueled celebration of contrived irony.

It’s the kind of thing that would almost make you forget you dropped $42,000/year sending your kid to a school with a $23 billion endowment. 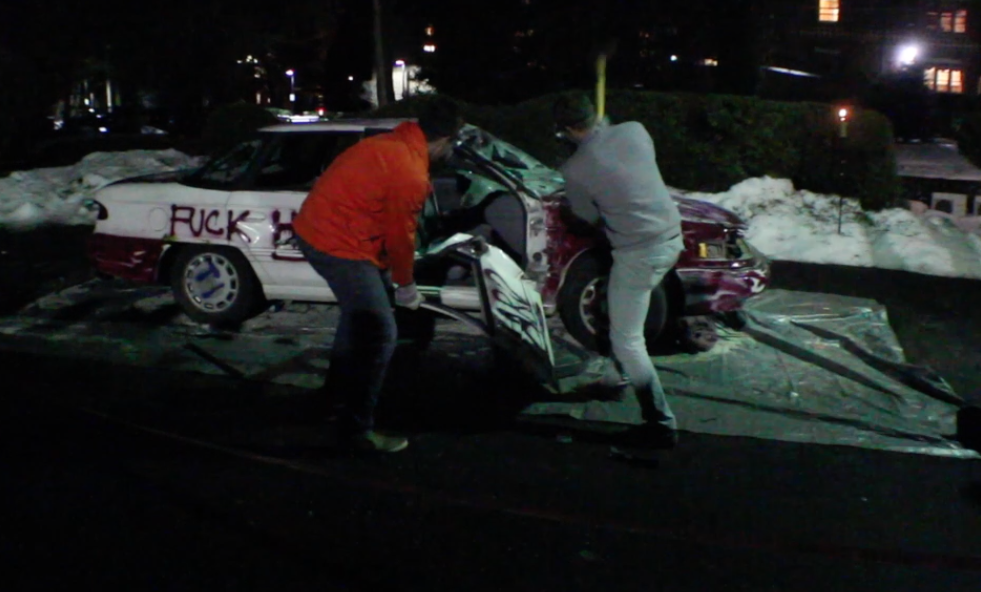