Open Campus Coalition: ‘When has Princeton as an institution done something racist?’

‘Whether Woodrow Wilson would have welcomed students is irrelevant now’

On Monday, a Facebook group calling itself the “Princeton Open Campus Coalition” posted a letter its founders wrote to President Eisgruber.

In response to last week’s #OccupyNassau protests, the letter urges the president to help preserve “an intellectual culture in which all members of the Princeton community feel free to engage in civil discussion and to express their convictions without fear of being subjected to intimidation or abuse.”

The letter cites polls and petitions to indicate their concerns are held by a significant portion of the student body. Coverage of the POCC has already been featured in the National Review and aired nationally on CBS, while its Facebook page has eclipsed 600 likes just two days after going public.

We caught up with one of the students who signed the letter, Solveig Gold, to learn more about the POCC’s position and objective.

Solveig is a junior in the Classics Department, and serves on the Legislative Committee for the POCC. She helped pen the letter that was sent to President Eisgruber, and had plenty of thoughts to offer on the committee’s genesis. 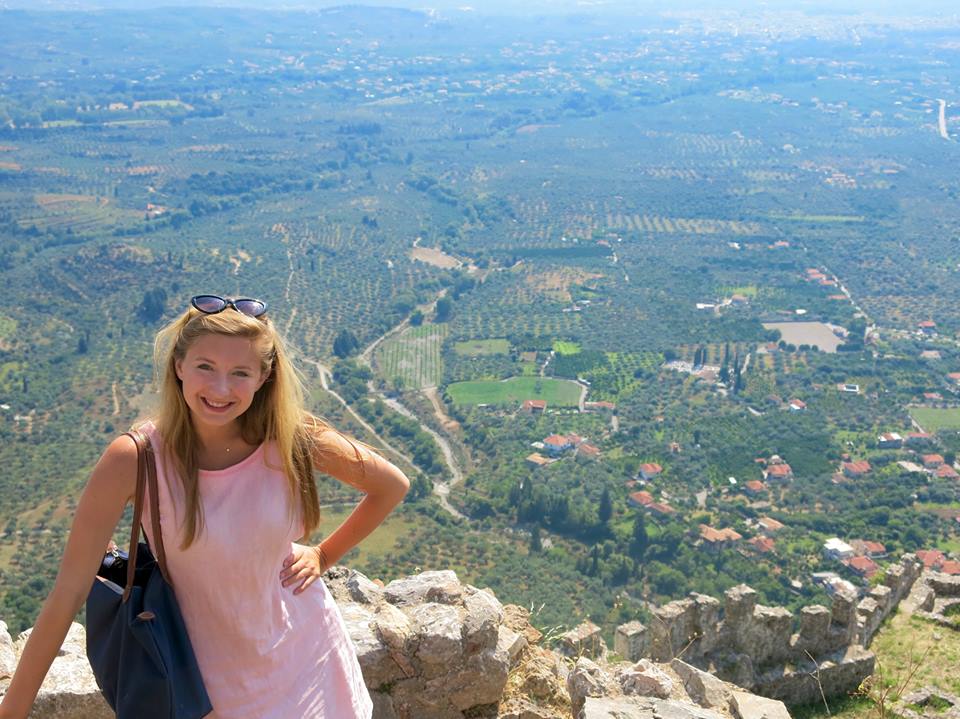 What is your role in the Princeton Open Campus Coalition?

So I’m one of the founding members. Basically what happened is, last week after the protests, a group of students found each other. Students from all over campus realized we all needed to do something so we formed the Princeton Open Campus Coalition and we decided we would write an open letter to President Eisgruber, which is what we did.

How many members do you have?

Have you received any response from President Eisgruber’s office?

We just received a response. He basically just agreed to meet with us. We’d like to have a first meeting that would just be with him and after that we would have more of an open forum discussion.

What are your thoughts on the BJL protests?

There’s no denying that there is racism on campus and I think that ultimately we want the same thing, which is a Princeton in which everyone feels included and welcome and able to speak their mind.

But I fundamentally disagree about how to achieve that kind of campus and we feel that the methods and demands employed and requested by the protesters are counterproductive towards this goal because they do shut out opposition and dissent. 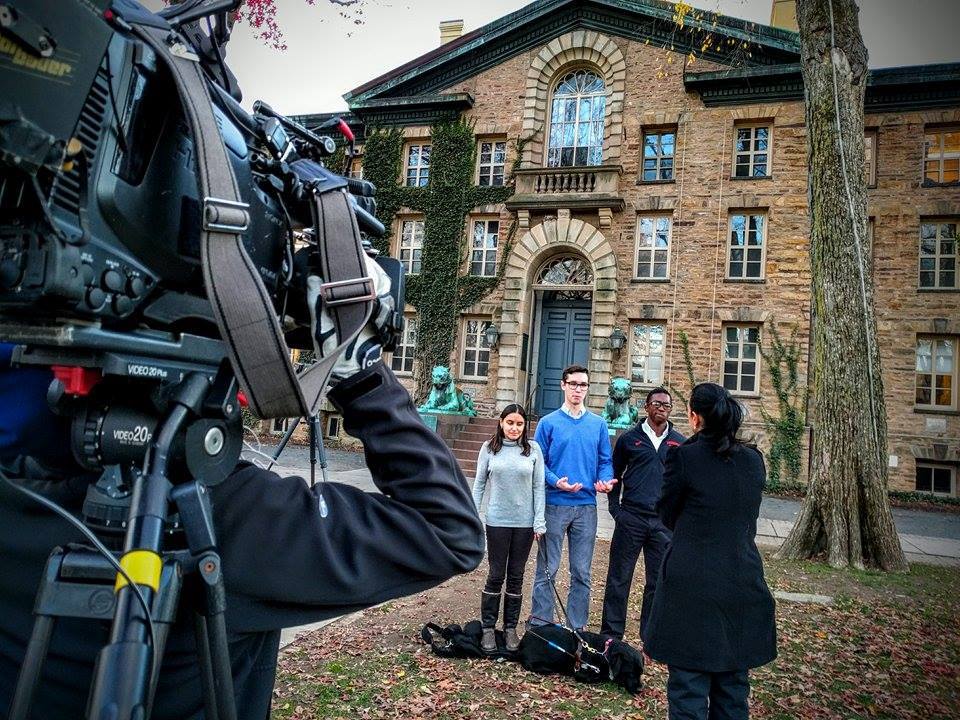 In your petition, you say nobody should be immune to having their beliefs challenged, but one of the claims of the BJL is that they don’t feel welcome here, not that their beliefs are being challenged, so how would you respond to that?

I take pride in the fact that I wouldn’t have been welcome a few decades ago, but look how far we’ve come as a community. Look at what we’ve overcome. And I think I’m prouder to be a member of this community because of that.

So of course I understand that there are reminders daily of what we’ve overcome, but I would encourage people to redirect our frustration with that and think about what a positive thing that we’ve come to a place where we are welcome.

You also talk about bringing in professors from a wider spectrum instead of creating a distribution requirement in order to allow students to challenge pre-conceived mindsets, but that doesn’t mean people will take classes from professors who are ideologically different.

What the BJL is trying to enforce, or encourage in their own way, is that everyone has an understanding of a culture that’s not their own.

That’s true. But they are trying to enforce it, they’re not trying to encourage it and that’s important.

There are people who aren’t going to listen and are not going to take those classes made available to them, but those are the same people who, if they were forced to take a distribution requirement probably wouldn’t pay attention anyway. They would just resent it the entire time and say, “This is just one more distribution requirement that is preventing me from taking something else I want to take.”

I think it’s counterproductive. I think offering students more options is always a positive thing. Peter Singer, Cornel West, and Robbie George, the three professors mentioned in the letter, are obviously all outstanding, extraordinary professors that students know they should be taking classes from.

In your letter, you mention you think the BJL has been silencing those opposed to their movement.

We’re here at Princeton, the best school in the nation, and one of the reasons we choose students is so that they can engage in these intellectual discussions with one another. So why do you think that here, of all places, this discussion is being stifled?

And so nobody wants to go near the word with a 10 foot pole. So as soon as the possibility of being called a racist comes into play, people just back away and feel like they can’t say anything. It’s the power of a word and I think that, unfortunately, it’s become an overused word.

There were plenty of well-reasoned dissenters on Yik Yak, and I just saw screenshot after screenshot on Facebook of people saying they were racist and not a single one of the posts was racist.

A full transcription of POCC’s letter to President Eisgruber is included below:

We write on behalf of the Princeton Open Campus Coalition to request a meeting with you so that we may present our perspectives on the events of recent weeks. We are concerned mainly with the importance of preserving an intellectual culture in which all members of the Princeton community feel free to engage in civil discussion and to express their convictions without fear of being subjected to intimidation or abuse. Thanks to recent polls, surveys, and petitions, we have reason to believe that our concerns are shared by a majority of our fellow Princeton undergraduates.

Academic discourse consists of reasoned arguments. We simply wish to present our own reasoned arguments and engage you and other senior administrators in dialogue. We will not occupy your office, and, though we respectfully request a minimum of an hour of your time, we will only stay for as long as you wish. We will conduct ourselves in the civil manner that it is our hope to maintain and reinforce as the norm at Princeton.

This dialogue is necessary because many students have shared with us that they are afraid to state publicly their opinions on recent events for fear of being vilified, slandered, and subjected to hatred, either by fellow students or faculty. Many who questioned the protest were labeled racist, and black students who expressed disagreement with the protesters were called “white sympathizers” and were told they were “not black.” We, the Princeton Open Campus Coalition, refuse to let our peers be intimidated or bullied into silence on these – or any – important matters.

First, we wish to discuss with you the methods employed by protesters. Across the ideological spectrum on campus, many people found the invasion of your office and refusal to leave to be troubling. Admittedly, civil disobedience (and even law-breaking) can sometimes be justified. However, they cannot be justified when channels of advocacy, through fair procedures of decision-making, are fully open, as they are at our University. To adopt these tactics while such procedures for debate and reform are in place is to come dangerously close to the line dividing demonstration from intimidation. It is also a way of seeking an unfair advantage over people with different viewpoints who refuse to resort to such tactics for fear of damaging this institution that they love.

Second, we welcome a fair debate about the specific demands that have been made.

We oppose efforts to purge (and literally paint over) recognitions of Woodrow Wilson’s achievements, including Wilson College, the Woodrow Wilson School of Public and International Affairs, and his mural in Wilcox Dining Hall. As you have noted, Wilson, like all other historical figures, has a mixed legacy. It is not for his contemptible racism, but for his contributions as president of both Princeton and the United States that we honor Wilson. Moreover, if we cease honoring flawed individuals, there will be no names adorning our buildings, no statues decorating our courtyards, and no biographies capable of inspiring future generations.

We worry that the proposed distribution requirement will contribute to the politicization of the University and facilitate groupthink. However, we, too, are concerned about diversity in the classroom and offer our own solution to this problem. While we do not wish to impose additional distribution requirements on students for fear of stifling academic exploration, we believe that all students should be encouraged to take courses taught by professors who will challenge their preconceived mindsets. To this end, the University should make every effort to attract outstanding faculty representing a wider range of viewpoints – even controversial viewpoints – across all departments. Princeton needs more Peter Singers, more Cornel Wests, and more Robert Georges.

Similarly, we believe that requiring cultural competency training for faculty threatens to impose orthodoxies on issues about which people of good faith often disagree. As Professor Sergiu Klainerman has observed, it reeks of the re-education programs to which people in his native Romania were subjected under communist rule.

We firmly believe that there should be no space at a university in which any member of the community, student or faculty, is “safe” from having his or her most cherished and even identity-forming values challenged. It is the very mission of the university to seek truth by subjecting all beliefs to critical, rational scrutiny. While students with a shared interest in studying certain cultures are certainly welcome to live together, we reject University-sponsored separatism in housing. We are all members of the Princeton community. We denounce the notion that our basic interactions with each other should be defined by demographic traits.

We hope that you will agree to meet with us. We will be happy to make ourselves available to meet in your office at your earliest convenience. We are also requesting a meeting with the Board of Trustees. For reasons you have articulated in your recent message to the community, there is no time to waste in having these discussions.

Unlike their counterparts at other universities, Princeton undergraduates opposed to the curtailment of academic freedom refuse to remain silent out of fear of being slandered. We will not stop fighting for what we believe in.

Thank you very much for your consideration. We look forward to your reply.