The Princeton White Student Union is probably a hoax

Some Princeton students are justifiably freaking out about the recent advent of the “White Student Union” Facebook page, which made its first post on Saturday morning.

The page’s “About” section reads: “A community to represent the interests and concerns of Princeton University’s White student population!”

While the page is disgusting, it almost definitely has no affiliation with anyone at Princeton. 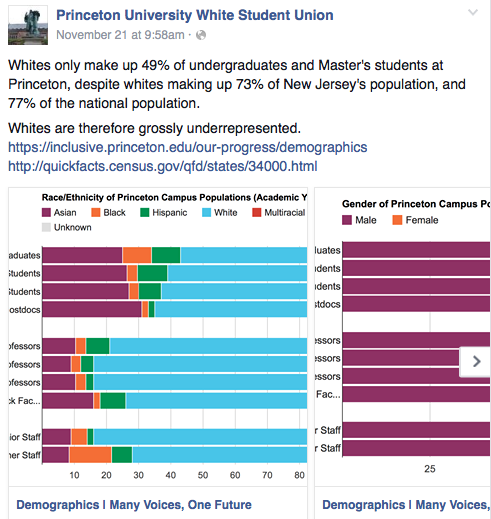 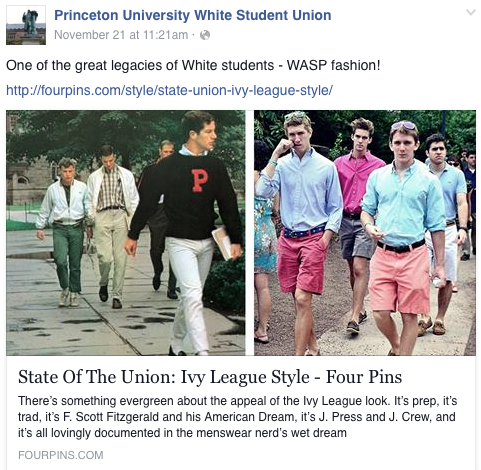 During the past week, more than 30 White Student Union pages were created on Facebook at various colleges, including NYU, Stanford, and Rutgers just to name a few.

They all seem to have been created by off-campus trolls or white supremacists in response to a wave of social media calls to action: 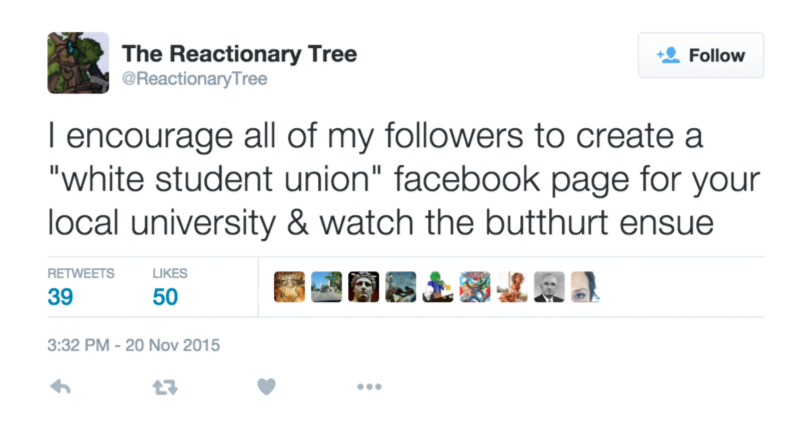 Here’s one from the notorious trolling site 4Chan:

And one from the neo-Nazi message board The Daily Stormer, mentioning Princeton explicitly:

While the page had 125 likes Monday morning, they are conveniently kept anonymous to prevent us from realizing none of the fans are actually Princeton students.

It was pretty cool to see Princeton students and alumni react calmly and dismiss these obvious trolls without adding any fuel to the fire they’re trying to start:

But the best response will probably just be to stay off their page and let it die. 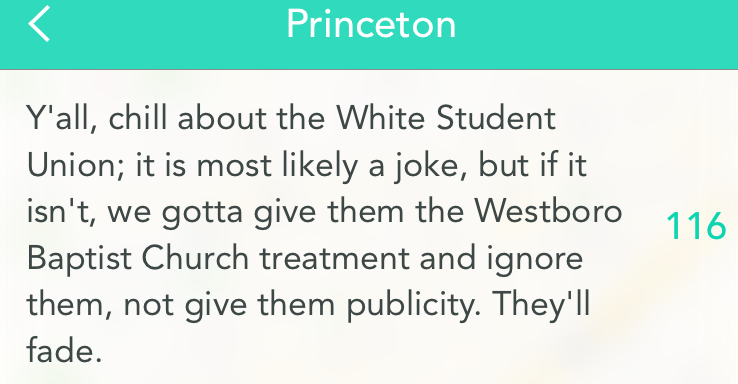 We can all breathe a quick sigh of relief: as far as we know, there is no White Student Union at Princeton.