The definitive list of dos and don’ts for Princetoween

Princetoween is approaching, and for some of you that conjures up fantastic memories of inventive costume ideas and elaborately-themed pre-games.

For those of you who are lost thus far (read: freshmen), it probably doesn’t sound like much except a terribly-forced pun.

But it’s a week away, and it’s one of the few nights of the year where you actually need to do some preparation.

Here are our tips for freshmen or anyone who may have dropped the ball last year.

Don’t: Be too cool for a costume or wear one ironically/sarcastically 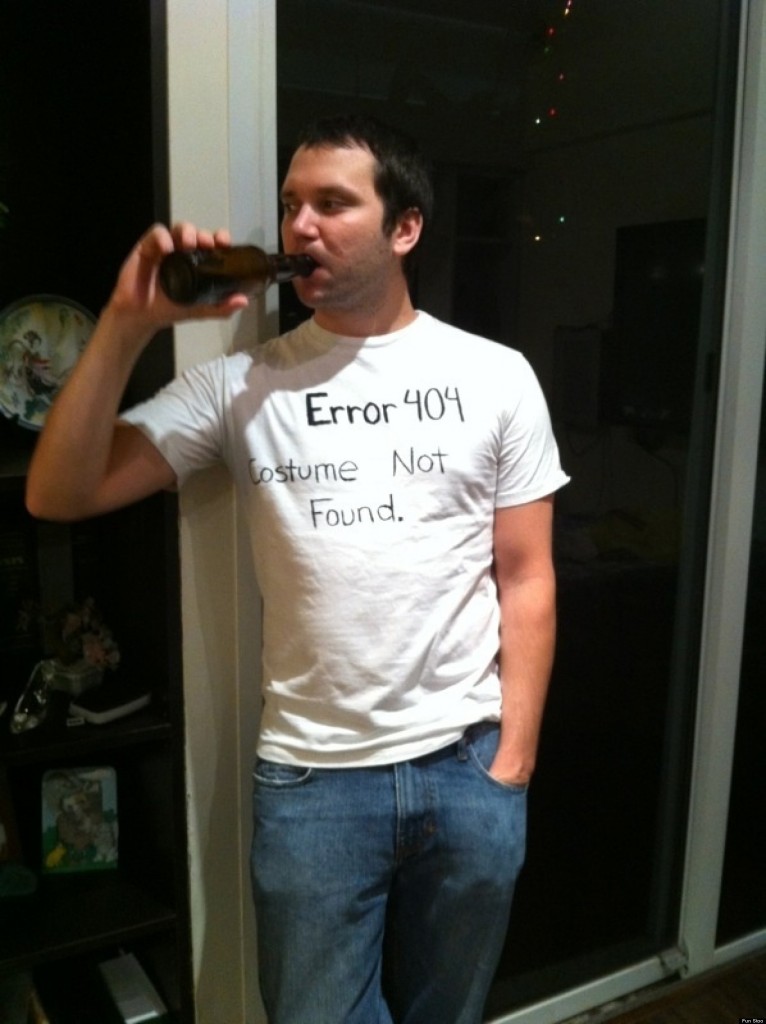 You’re at Princeton now. People care about theme nights. Get over it. Embrace it. Win at it.

Careful. This doesn’t mean just wear the same thing as your four best friends. You can’t all go out as Don Draper. But if you have a good theme for three-plus people to cover, jump on it. This way you knock out three costumes with one idea, instead of sitting there like idiots all trying to come up with your own thing. Just don’t do this unless you actually want to spend the entire night with the people in the group, and don’t do this with some kid who is very obviously going to get McCoshed ninety minutes into the night. 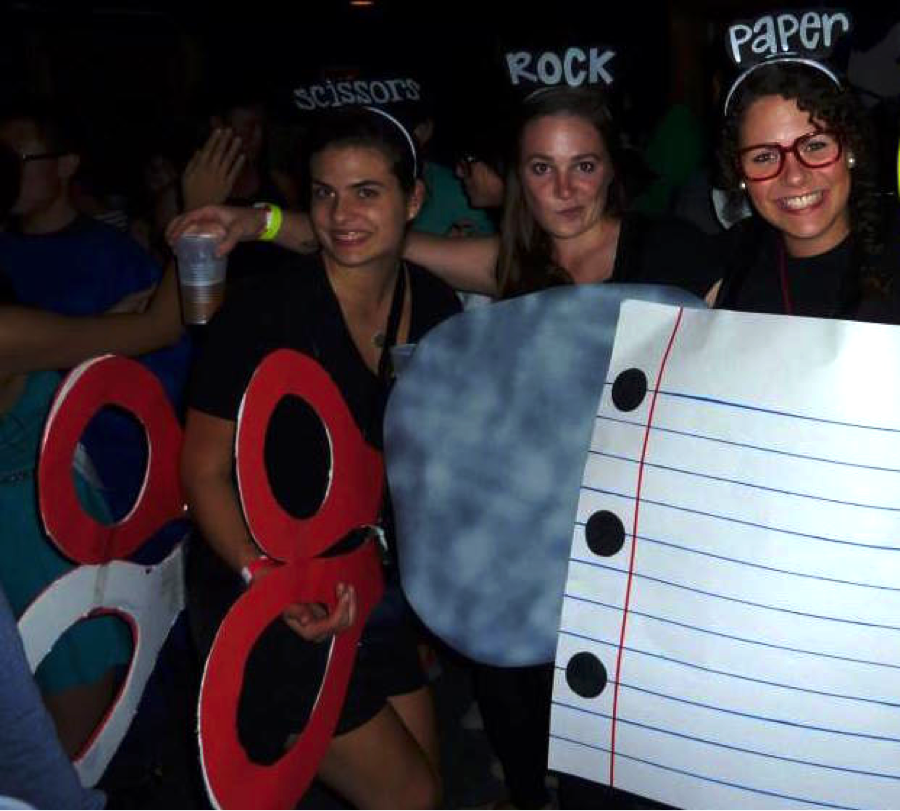 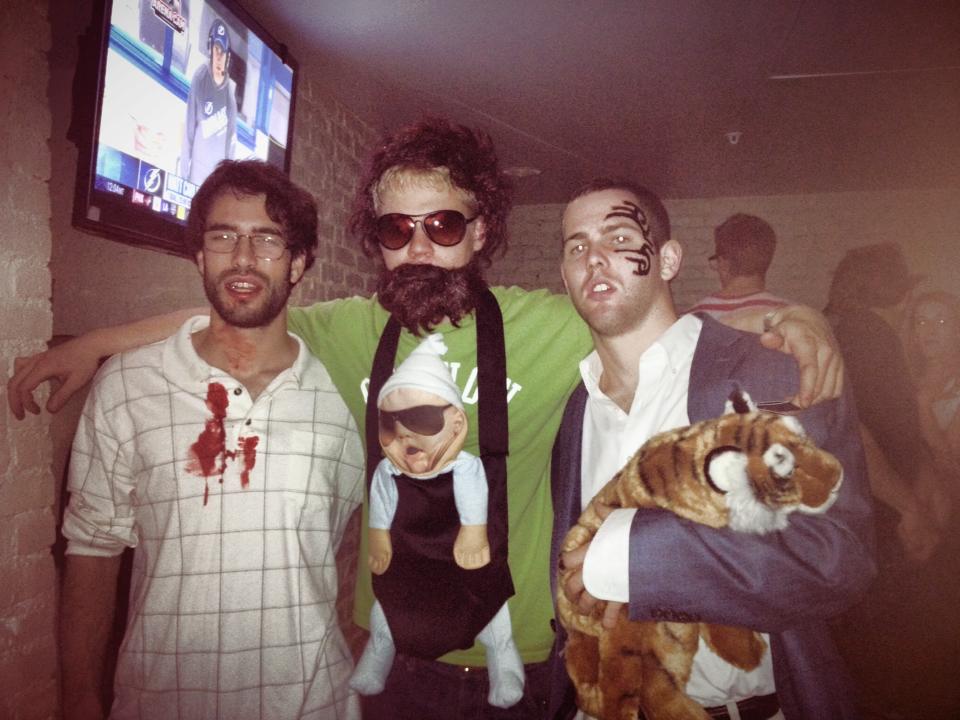 Freshmen – save yourself some dignity and refrain from emailing friends of friends for passes/list spots a week in advance. This is a pretty easy way to get people to hate you. Plus, this is the one night of the year when bouncers actually don’t care about anything. Stay close to one or two charming girls and explain politely that you’ll “only be a second, we’re just doing the Prospect 11!” I’ve never seen this not work. Costumes and Princeton traditions suddenly make everyone in positions of authority forget about legal liability. 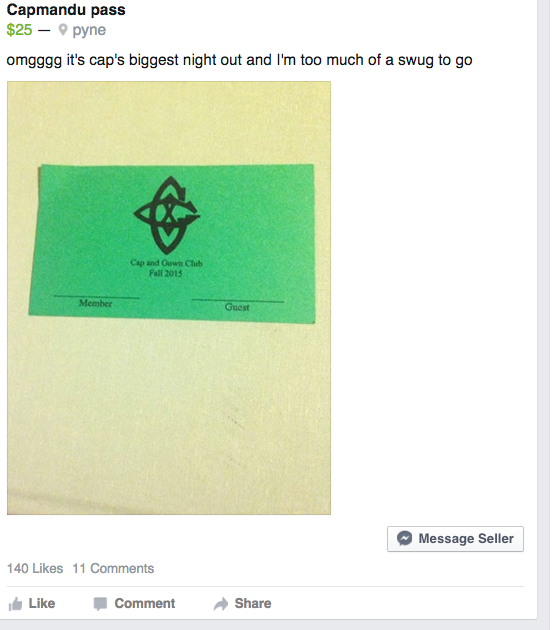 There’s no honor code on Princetoween, and it’s not cheating to steal a concept from a solid show or movie. If the reference means enough for you to wear it on your body, chances are other people care about it as well. If you have to explain your costume, it’s not good.

Your choice gets evaluated in ten seconds, and pop-culture references are an easy way to pass the test. Quickly recognizable, good for a few laughs, and a nice litmus test for seeing who actually shares your interests, this technique is always a winner. 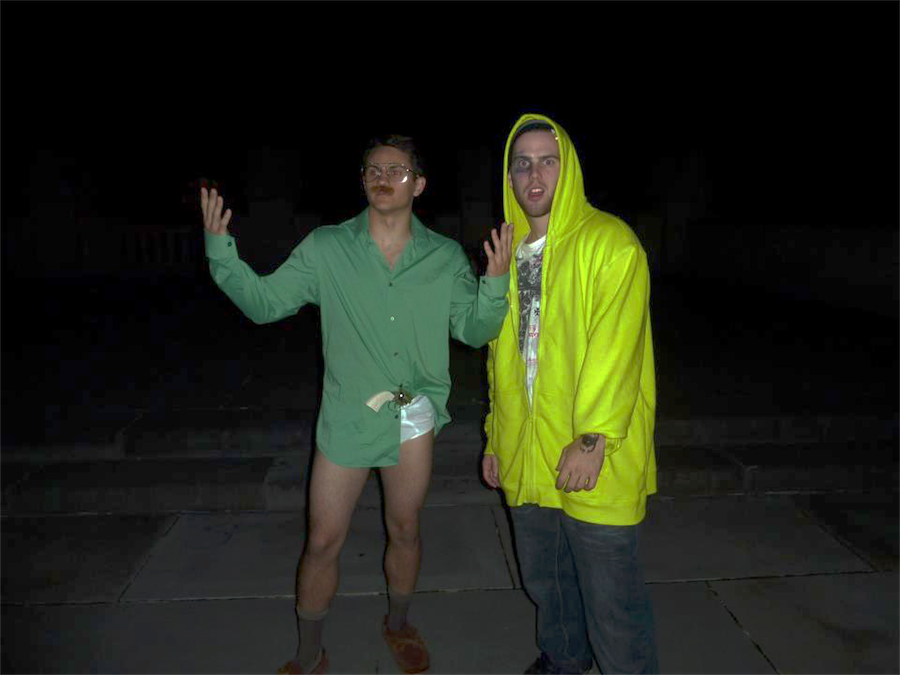 Walter White and Jesse Pinkman pedaling in the Whitman courtyard

Sure, they’re gimmicky, but they work. If you can get past your ego and just pull the trigger, carrying a prop around is a reliable way to demonstrate your commitment and get people asking about your costume. If you play it right, it can also be an organic way of breaking the ice with potential romantic interests. 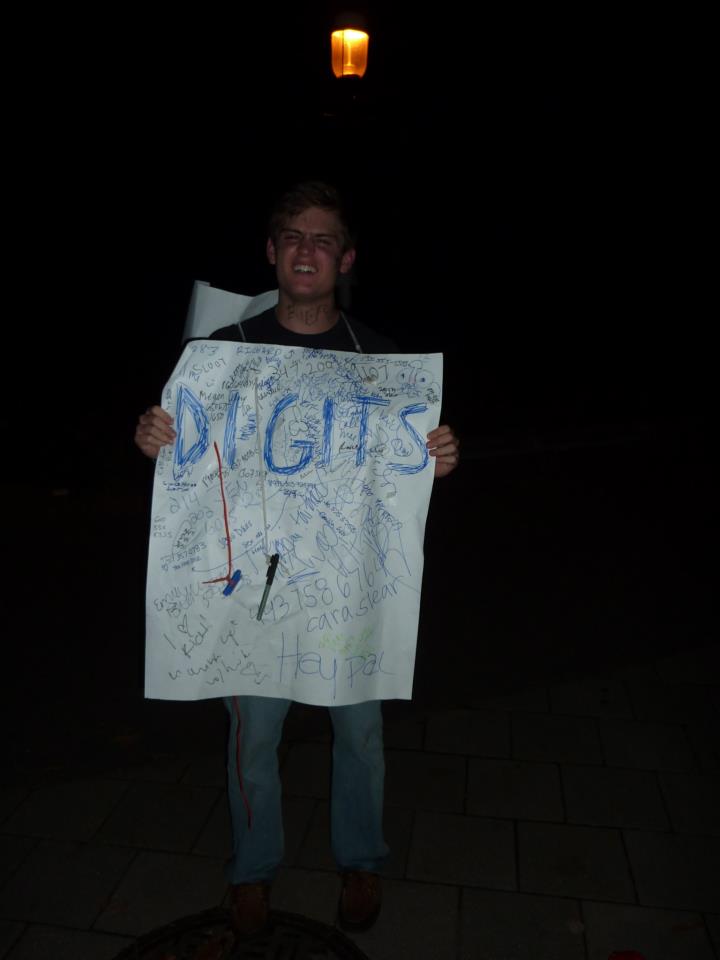 Gimmicky? Sure. Desperate? Maybe. But it’s effective. That’s a lot of phone numbers

Don’t: Pretty much anything sex-related

Every once in a while a sex costume will hit. But 99 percent of the time it will backfire as soon as people figure out what your costume is supposed to be and you will find yourself alone for the rest of the night.

The ‘skeleboner’ is clever. But it’s also horrifying and possibly a misdemeanor.

If people say you look like a celebrity or a TV character, don’t fight it. Especially if the move is self-deprecating, dressing up like your doppleganger illustrates self-awareness and gives the people what they want. 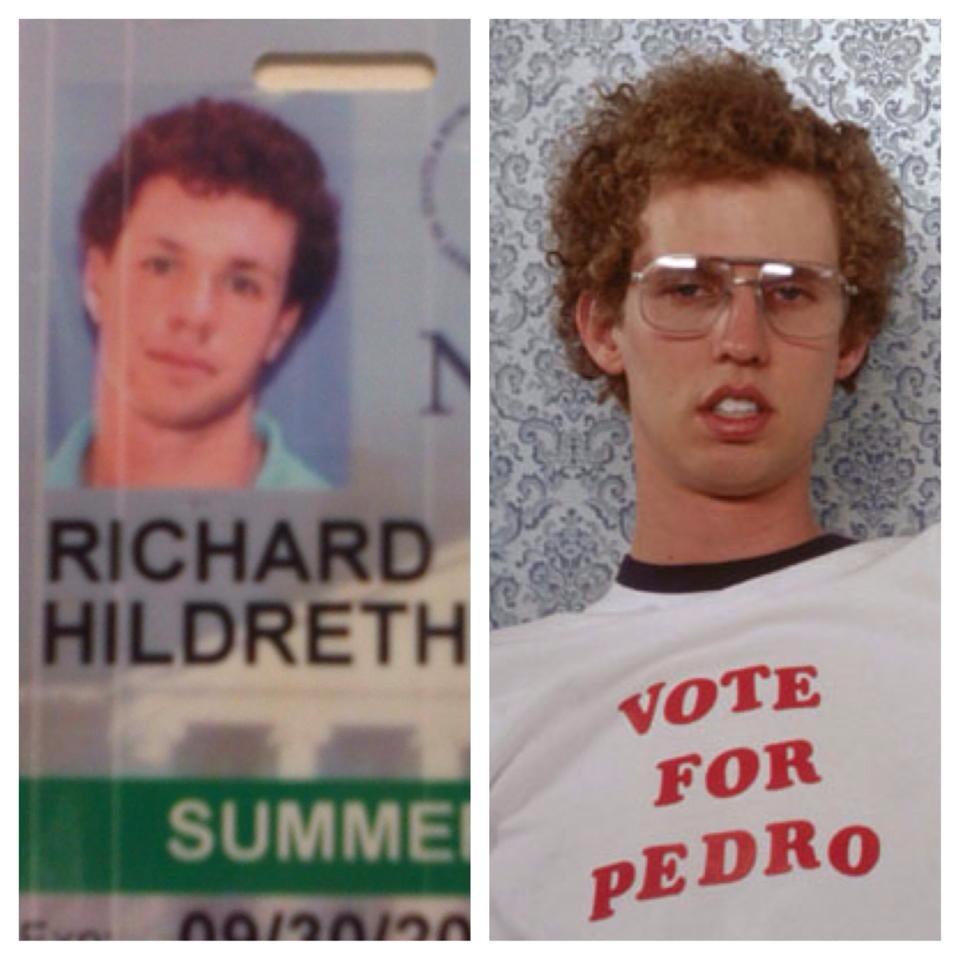 Just accept it. Then capitalize on it. 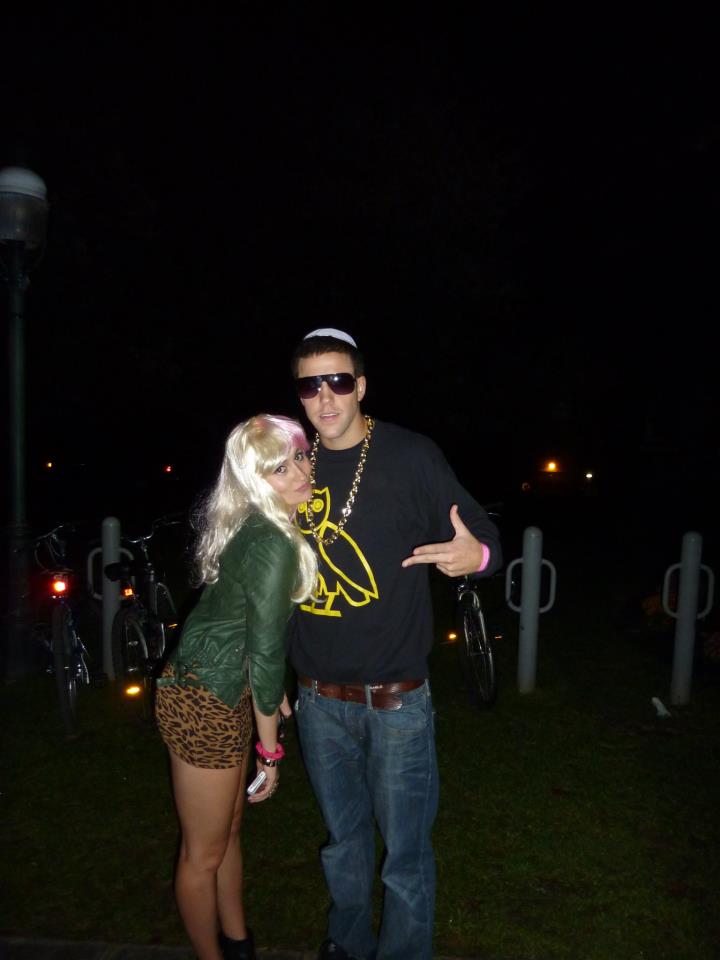 But only once. Trying to get to every single eating club in the span of two or three hours is a pretty sure-fire way of guaranteeing you won’t actually have time to talk to anyone. Still, you need to do it just once so you can say/remember you did.

Your only chances are pretty much Princetoween and Dean’s Date, and on Dean’s Date you’ll probably be relieving so much stress that you’ll a) fall asleep in your dorm at 8PM or b) go so hard you become too incoherent to complete the trek. Next Thursday is your best bet.

Stay focused, stay disciplined, and don’t get dragged into any conversations that might last more than five minutes. Take a couple pics, pretend to drink an entire eight ounces of Milwaukee’s Best, and move on to the next club. 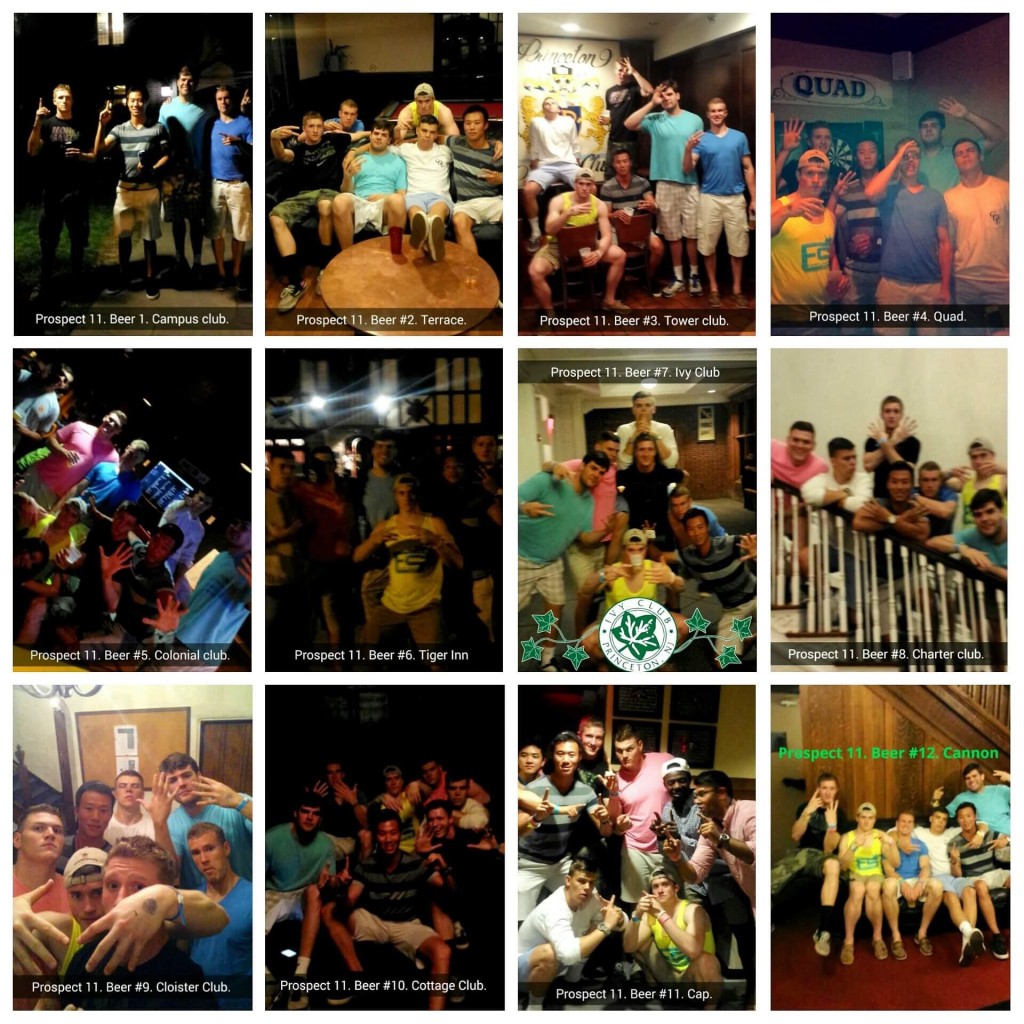 Don’t: Worry about your Friday exam or precept

I’m sorry but there’s just no way this is going to matter in the long run. You have four Princetoweens in your career, half as many as you have lawn parties. If it’s a precept I can guarantee you right now that more than 50 percent of the class will not show up on Friday.

If it’s a midterm, well. One – that’s just inhumane. Two – if you’ve procrastinated so magnificently that you need to squeeze in three extra hours of studying on Thursday night, those three hours are absolutely not going to save you now. I could feed you a million clichés about “what are you gonna remember in thirty years!?” but the bottom line is that you must witness The Street on this night.

Even if you just throw your costume on for an hour and get out to see what everyone else has come up with, do it. Missing Princetoween for academic reasons is quite simply unforgivable. 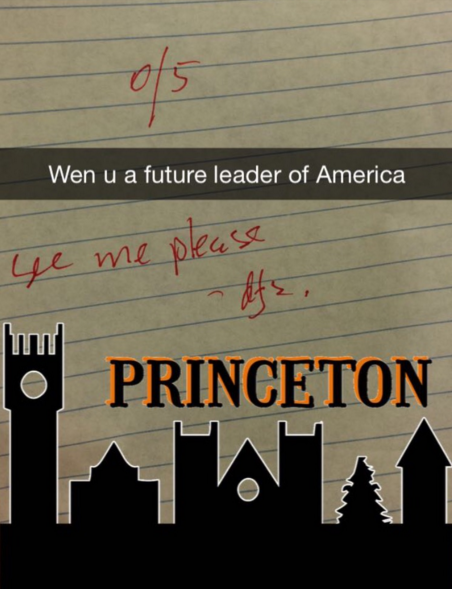 This is completely fine the day after Princetoween