Parran Hall, the graduate school of public health building, is often overlooked as you walk up to the Peterson events center on you journey to get jacked. This building, in my opinion, is significantly better to do work in then the traditional study spots at Pitt.

It is newly renovated and has a welcoming feel to it. You do not take a trip back to the 1960's like when you go into Hillman Library. 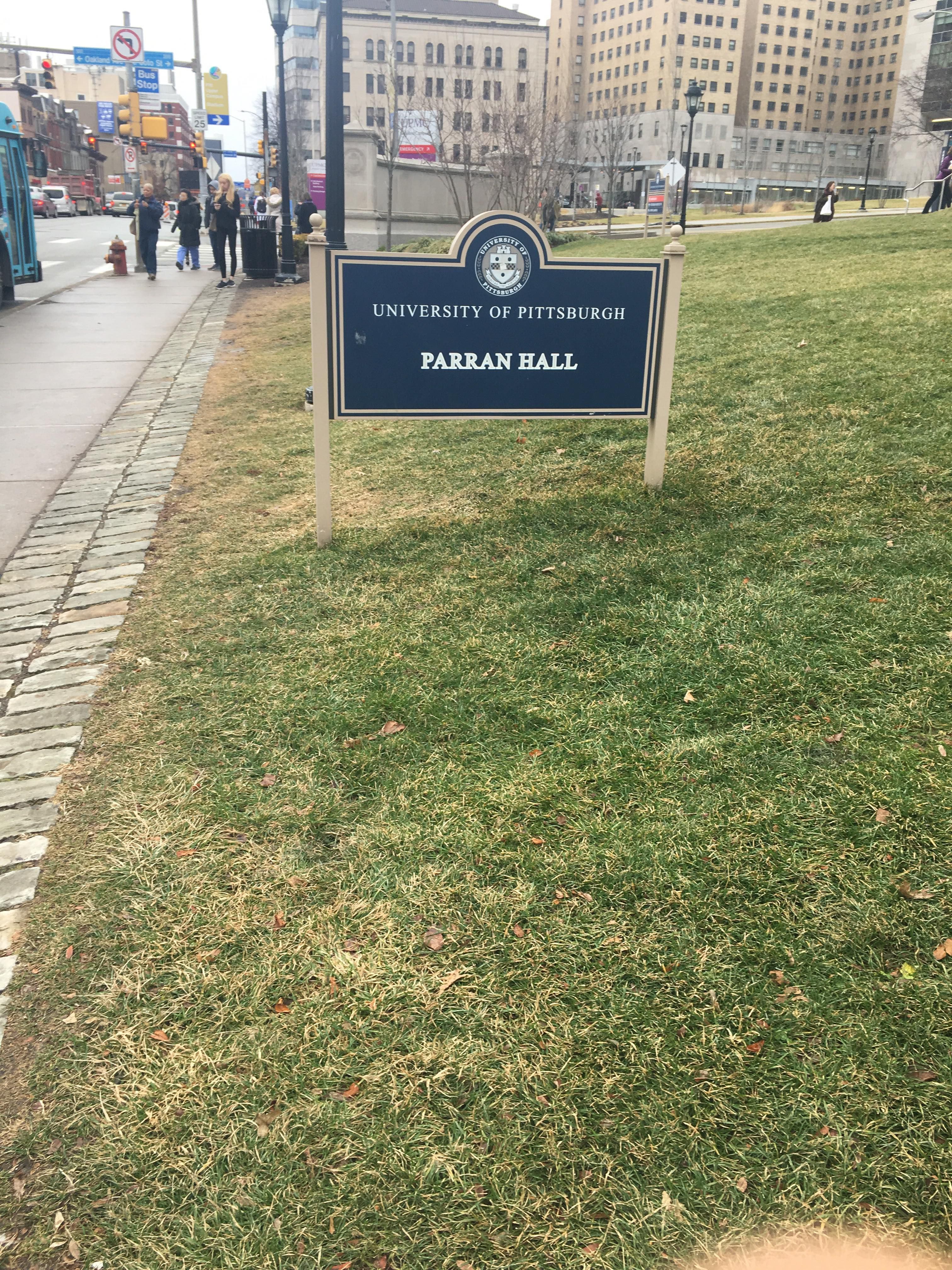 I mainly visited the area by the building's coffee shop. There were a lot of students but there were still seats available to study. It was a mix of high tables and bar stools, sofa chairs and chairs with tables.

The coffee cart seemed to have different offerings than that of the one in Litchfield towers. It had a sign for Chicken Parmesan by the cash register. It also did not have the long line like the one right by Panther Central. 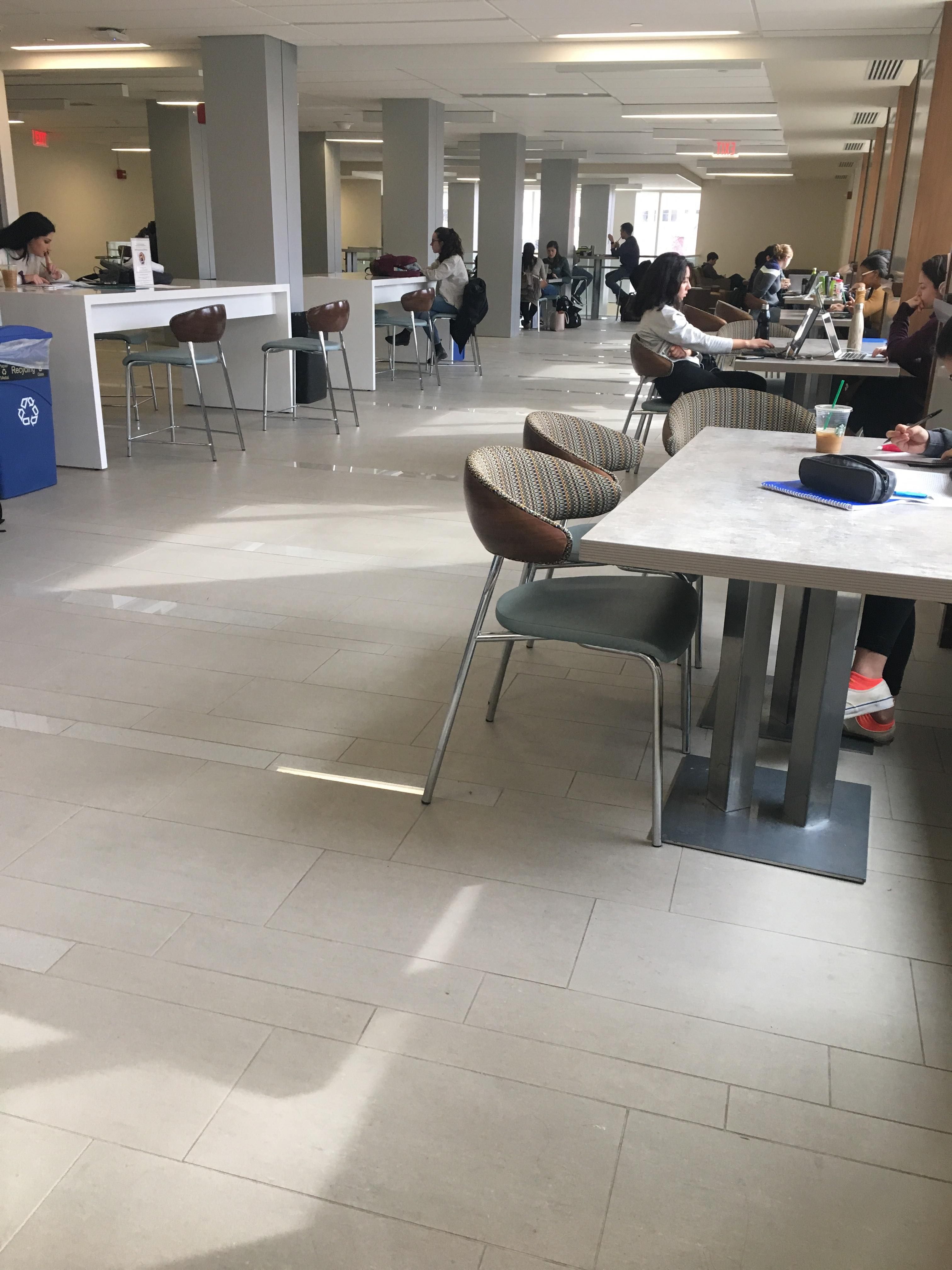 It seemed like the designers of the building took into consideration what a student would want when studying. Instead of battling for wheeled white boards like at Hillman, the walls had the same dry erase material so you could write on them. This changes the whole game for math and chemistry majors.

Not only is writing on the walls great, but the large windows allow a lot of light to shine through. Natural light has been proven to enhance your learning and attentiveness in comparison to artificial light. No wonder you feel so sleepy after studying in buildings such as Posvar, this concrete fortress lets in very little light. 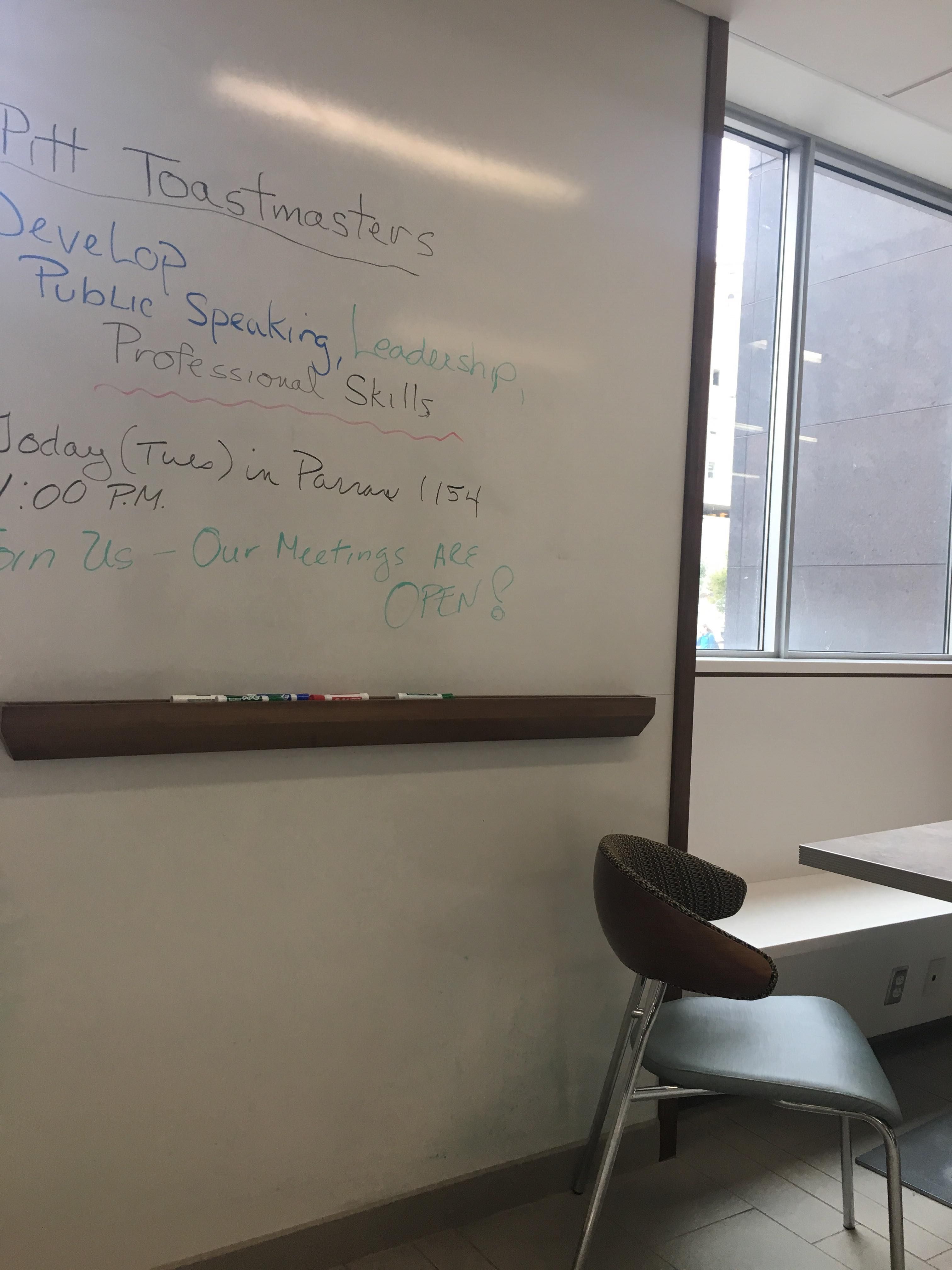 Not many people were able to write on the walls as kid so this is redemption.

Despite the significant academic research that heavily discourages the color white in office settings for productivity, the blank walls within Parran Hall enhance the amount of light that goes through the windows.

This inviting feeling makes you happy to sit and study. It is also aesthetically pleasing, giving off a vibe similar to that of a hotel lobby. 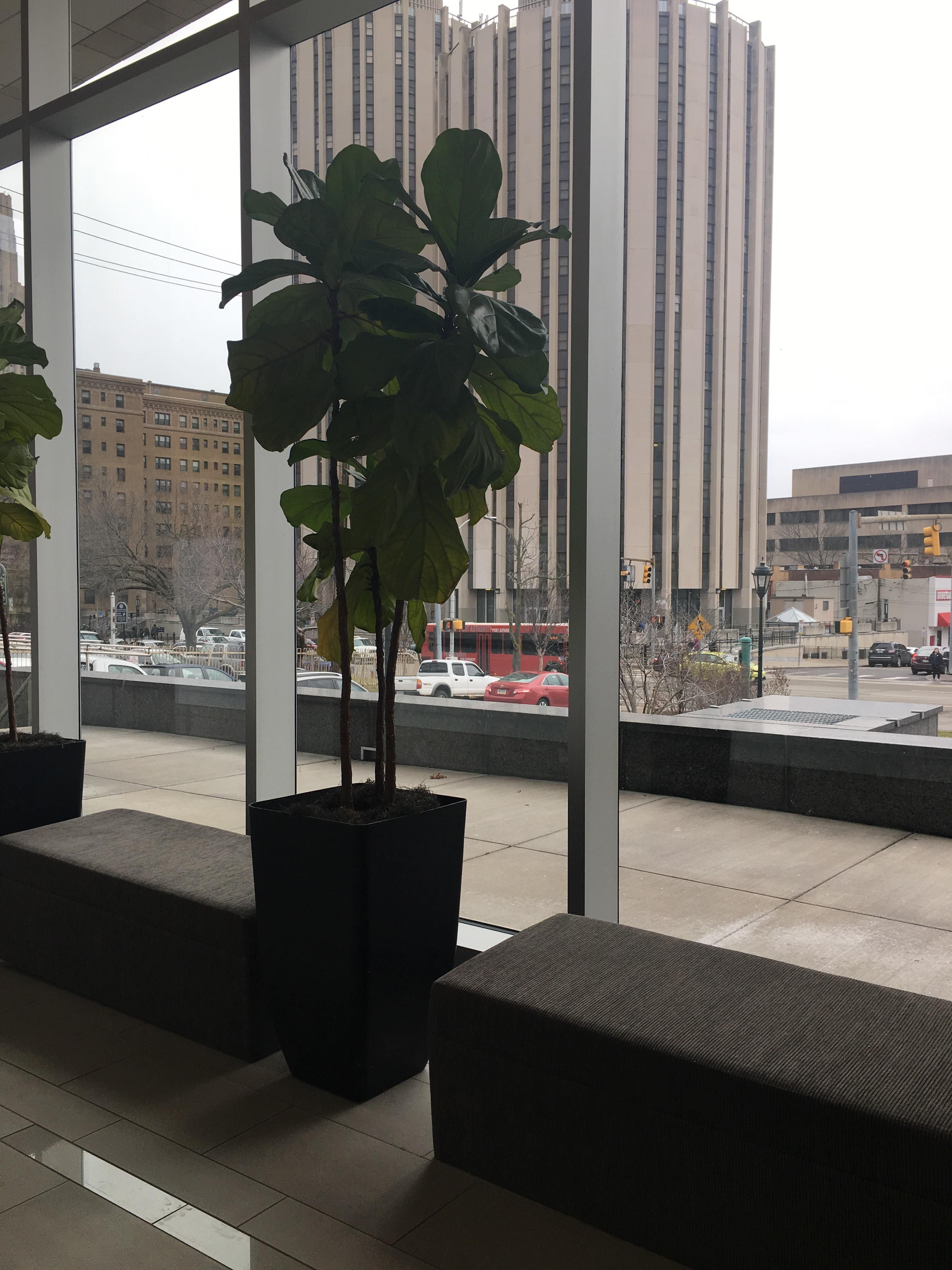 There is a struggle at Pitt to find comfortable study spots. This becomes even more of an issue as finals and midterms creep up the calendar. Parran Hall seems like a great alternative to the many traditional study areas here at Pitt. Hopefully the popularity of this building will give the University a hint to update and refresh some of the older buildings here on campus to make them more student-friendly in the future.