This isn’t your grandma’s garden

Cities are known for pigeons, traffic, and an overwhelming scent of the sewer system. Not many people would think that major metropolitan hubs could be an epicenter of agricultural innovation. Here at the University of Pittsburgh, Kareem Rabbat and Kiel Hillock are defying this stereotype by maintaining a self-sustaining agricultural system. Located in a shipping container, this set-up initially might remind you a bit of the murder scenes in Dexter, only this time the PVC pipes that hold growing basil plants and fish tanks filled with carp occupy the space.

Unlike tradition farming methods, aquaponics requires no soil. Plants grow in water which is also home to fish. The fish provide waste high in nutrients that acts as a fertilizer to the crops. This agricultural strategy uses significantly less water and energy is comparison to conventional methods. Instead of destroying acres and acres of nature for farming, aquaponics produces more crops per foot than its’ land loving counterpart. 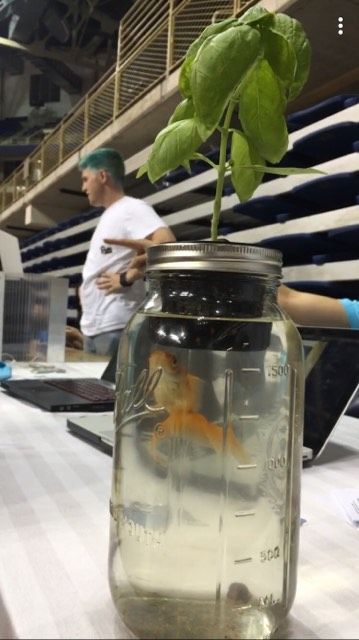 This small model of an aquaponics system was on display at the club's table during the extracurriculars expo in the beginning of the semester.

The efforts of these two individuals has not gone unnoticed. Recently the Kareem and Kiel were awarded $10,000 and a van after winning the Ford Motor Company’s College Community Challenge. Not only is this a personal accomplishment for both of these students, but it provides the means for an anaerobic digester to be added to the shipping container. With this new piece of equipment, they will use food waste from local nonprofits to be incorporated into the system. The waste will be consumed by bacteria in an Anaerobic Digester which will create methane. This energy source will help heat the system throughout the winter. 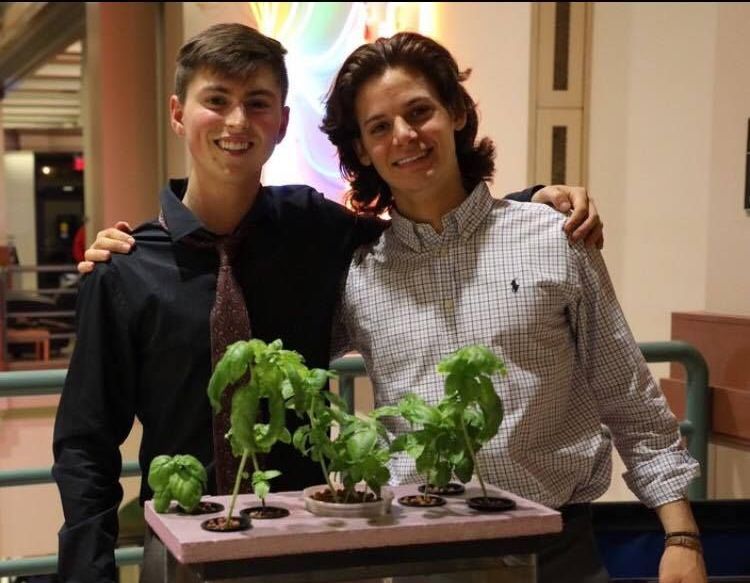 Kiel Hillock (on the left) and Kareem Rabbat (on the right) proudly displaying a small aquaponics model.

This club might appear daunting to some due to its emphasis on STEM principles. However, this group was first created by a past student named Vinh Luong who was not heavily invested in engineering or biology. His major at one point was actually computer science, an incongruous match some would say to match to sustainable farming. No matter the major, students are all encouraged to participate in the club.

Meetings take place in the Student Office of Sustainability, also known as SOOS. In the club, various volunteer opportunities related to gardening and food advocacy are commonplace. Educating the general public about this alternative form of farming occurs regularly as well.

If you are interested in participating in the maintenance of the aquaponics system and educating others about the first shipping container aquaponics farm in Pittsburgh come join! Meetings are every other Tuesday.