UPDATE: During the protest outside of the William Pitt Union, one student, Abigail Meinen, was arrested. She will be charged with defiant trespass, and disorderly conduct.

Anti-cop posters were seen on and around the Union. During speeches, the posters referenced an incident in Towers almost a year ago, where two people were arrested.

Graffiti related to the arrest was also found on campus. Phrases like, "Drop the charges," and "Free Abby" were written on the Panther statue. 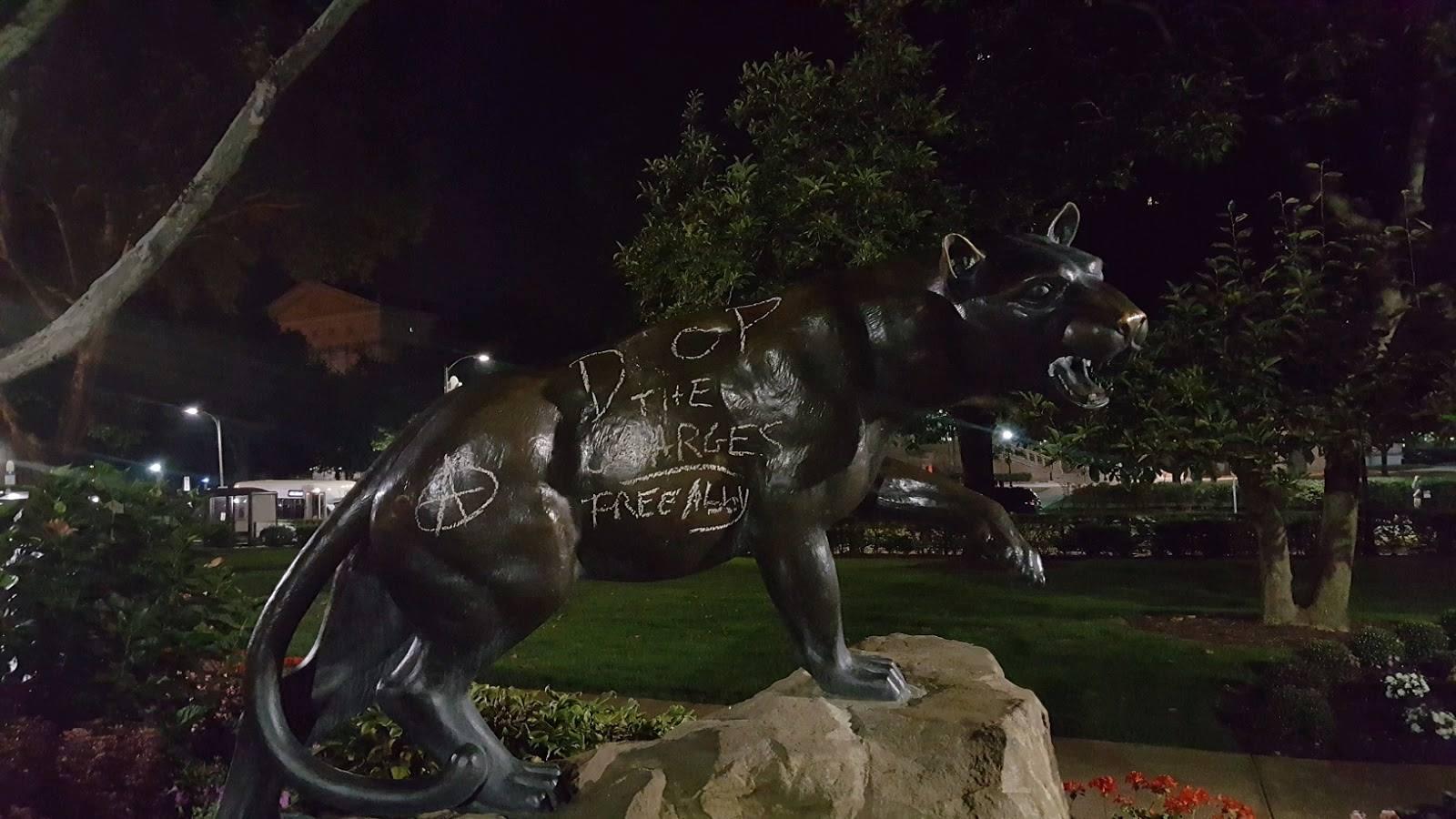 "Free Abby" was also written on sidewalks and the steps leading to Towers.

A large group of students were seen protesting outside of the William Pitt Union, where an Immigration Debate was taking place that same night. Police were present at the protest.

The crowd was heard chanting the phrases "All cops are bastards," and "No borders! No nations! Stop the deportations!"

According to a police officer on the scene, someone was arrested during the protest, but no other information has been disclosed.

Check out this video for a closer look: