The group was very diverse

At around 7 in the morning, protesters met in front of the Forbes Ave. McDonalds early Monday morning to fight for $15 an hour. UPMC workers and fast food workers joined forces as they marched around campus.

They stopped in front of Cathy for some speeches, and then went down to the UPMC entrance for more. 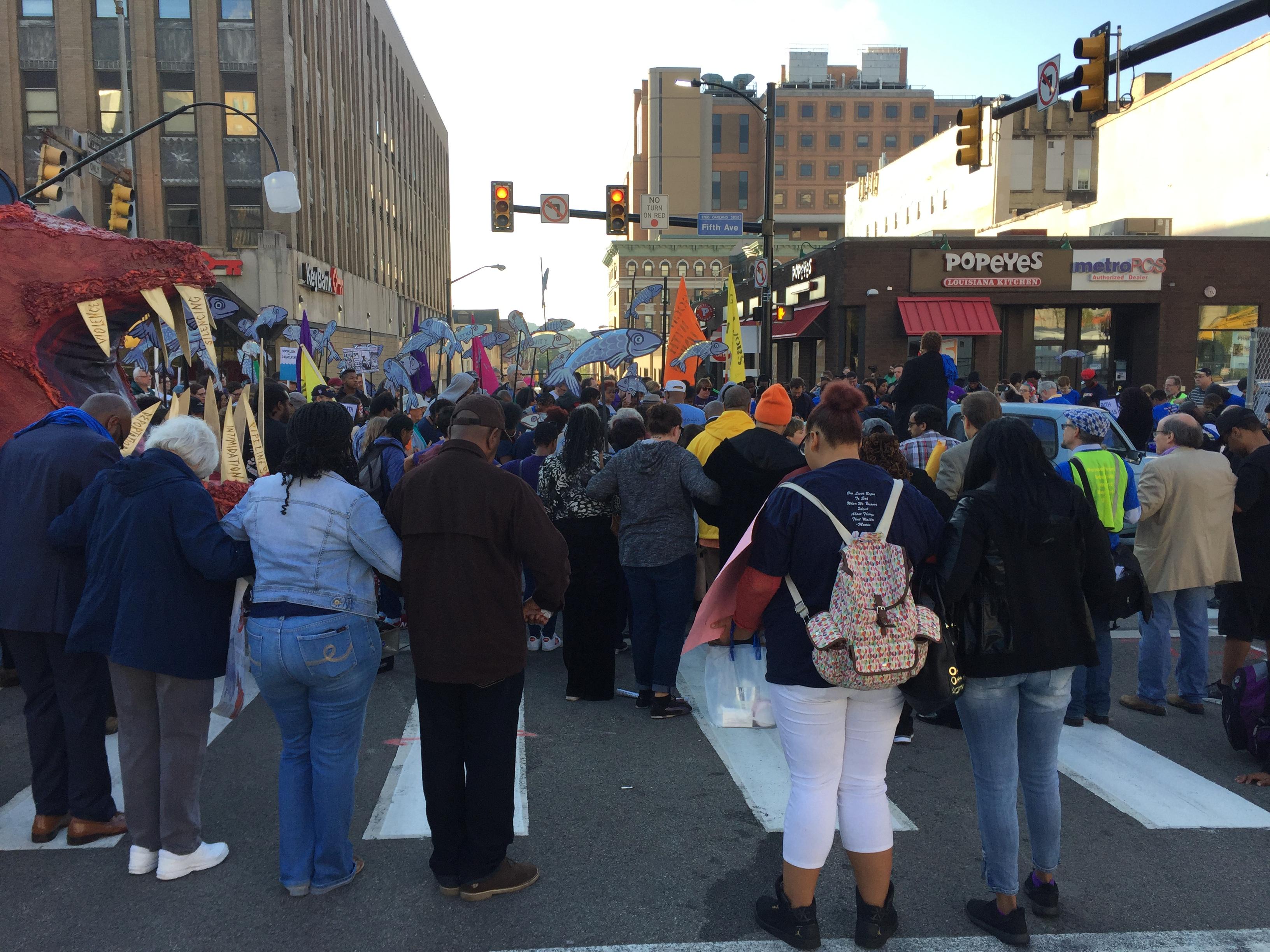 The event was organized by the Sierra Club, SEIU, Fight for 15, One Pennsylvania and other groups fighting for a better wage. The minimum wage in Pennsylvania is $7.25, tied with 14 other states. The organizers state that "Hospital work, higher education and other service sector jobs are now the backbone of our economy, but too many Americans who work in these jobs are falling behind with low wages and no voice on the job."

There were around 250 protesters, and very few students. 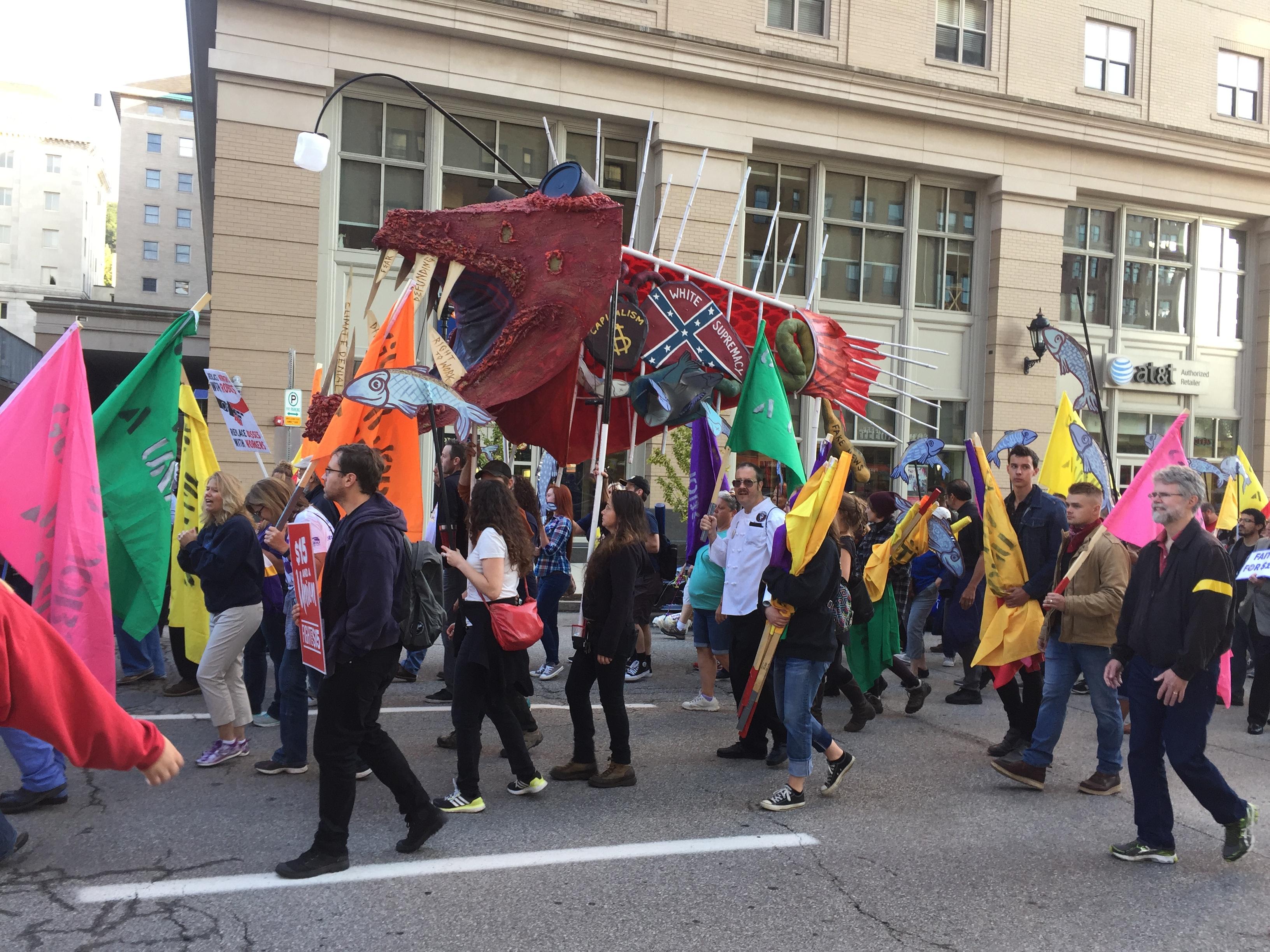 Partial video from the rally can be found here.