The statue depicts Foster sitting above a slave

Over the past few weeks, statues of Confederate soldiers and other racist monuments have been taken down due to protests following the events in Charlottesville.

Now, one of Pitt's statues could be at risk for removal. Between Hillman and the Carnegie Museum in Schenely Plaza stands a statue of Stephen Foster, a songwriter in the 1800s, who is known as the father of American music for penning classics like "Oh! Susannah," and "Camptown Races."

Although the design may not seem outwardly racist at first glance, the history behind it is less ambiguous. 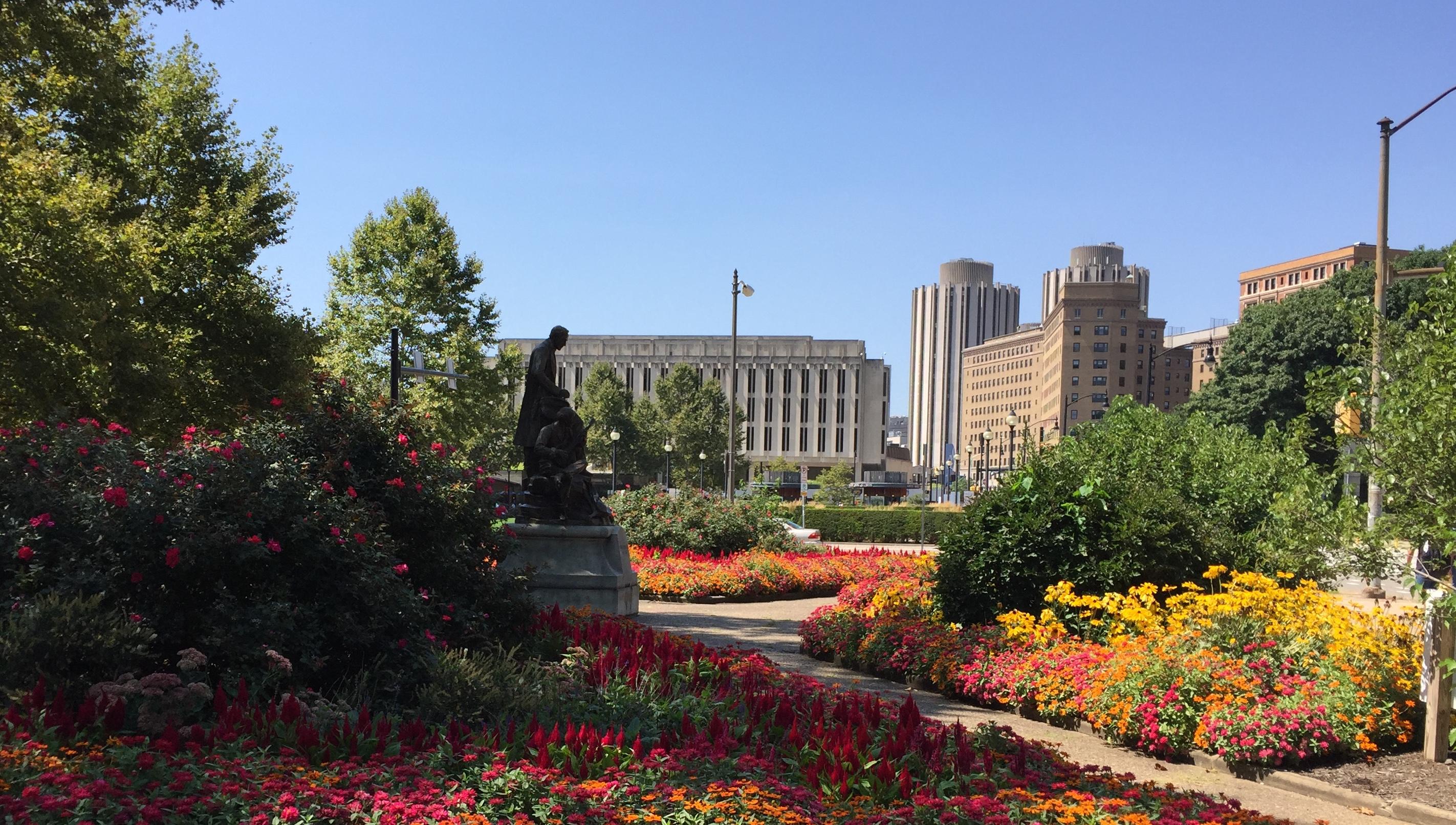 The statue's design was suggested in 1900 by T.J. Keenan, a newspaper editor, who imagined Foster "catching the inspiration for his melodies from the fingers of an old darkey reclining at his feet strumming negro airs upon an old banjo," according to the book Discovering Pittsburgh's Sculpture.

The finished sculpture depicts Foster sitting regally above a tattered looking, shoeless slave supposed to be "Uncle Ned" from one of Foster's songs. The implication of the statue alludes to Foster stealing melodies from a slave for his own profit and success.

Plans for the statue are currently being discussed, per Mayor Pedudo. Many want this statue removed while others suggested using plaques to explain the statue's significance.

The future of the Foster statue remains unclear so far.